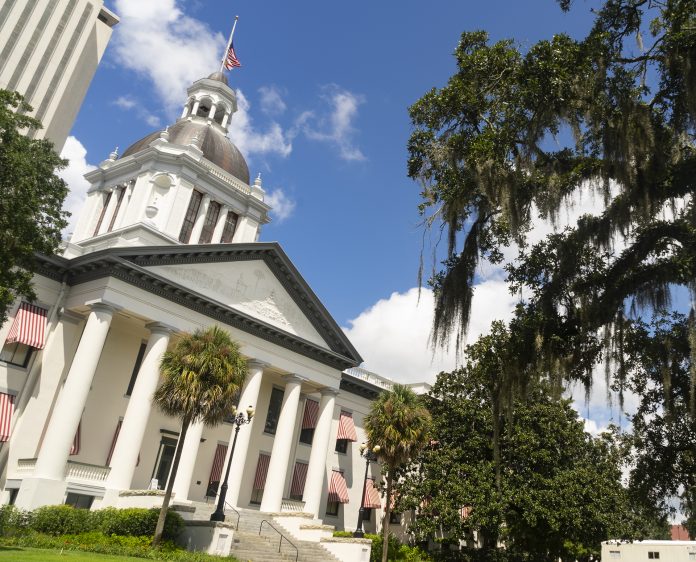 2021 was a great year for slow recovery in this country. And while the cannabis industry nationwide bucked that trend economically nationally, with wins in many states legislatively and at the ballot box, Florida was on the losing side in Tallahassee.

Two ballot measures, Make It Legal Florida and Regulate Florida, went down to defeat at the Florida Supreme Court, followed by the Florigrown Case. Florigrown had challenged the vertically integrated system and won in the lower court and Court of Appeals, only get shot down by the ultra-conservative Florida Supreme Justices, mostly appointed by current and previous governors.

In the Legislative branch, every bill that had been filed was defeated or never made it to committee, including the 10% THC cap. As all eyes were on bills to stop riots that never happened in Florida and voter bills intended to stop non-existent corruption, the state was riveted by COVID, putting cannabis issues on the back burner… Way back.

But 2021 was also a time when vaccines were helping to get us back on our feet, and a time for reflection. A new batch to bills have been filed this year, including a bill with rare bipartisan co-sponsorship

Here is a listing of the bills filed so far, with the filing deadline being Jan 11 for the session, which runs from Jan 11 to March 11.

SB 162  Physician Certifications for the Medical Use of Marijuana |  Sen. Brandes

SB 164/HB 333 Physician Certifications for the Medical Use of Marijuana |  Sen. Brandes/Rep. Williamson

Authorizes qualified physicians to perform patient examinations and evaluations through telehealth for renewals of physician certifications for the medical use of marijuana. Initial exams must be in person. SUPPORT

SB 326  Physician Certifications for the Medical Use of Marijuana |  Sen. Brandes

(A refiling of last year’s bill by Hinson). This rather long bill (147 pages) is a mixture of bills recommended by the Marijuana Policy Project, Colorado’s regulatory framework and Regulate Florida. It collects sales taxes as well and excise taxes on cultivators to go into a trust fund and to be used for research and education measures, allows for cultivation for personal use, and removes cannabis from the Controlled Substances schedule. SUPPORT

This bill revises Penalties for Nonviolent Offenses, authorizing the issuance of civil citations for the possession of 20 grams or less of cannabis and the possession of drug paraphernalia used in connection with the consumption of cannabis, allows civil fines in lieu of incarceration, provides for community service in lieu of civil fines; revising a principle of the Criminal Punishment Code relating to a prisoner’s required minimum term of imprisonment. SUPPORT

A 432-page magnum opus of a legalization bill that puts the responsible adult use in the hands of the Division of Alcoholic Beverages and Tobacco of the Department of Business and Professional Regulation as the Division of Alcoholic Beverages, Marijuana, and Tobacco, and a myriad of regulations, that define offenses and exemptions, establishes social equity programs and others too numerous for this legislature to even consider. This bill has no support from leadership and will most likely never make it to committee, once again proving that Florida is not Chicago or New York. Feel free to read it at your leisure, but don’t expect your legislator to do the same.       SUPPORT OR OPPOSE

Prohibits the Department of Health from charging a fee for the issuance, replacement, or renewal of an identification card for the medical use of marijuana for a service-disabled veteran or his or her caregiver if a specified form is included with the identification card application, great bill, but should include people who receive SSDI as well as veterans. No House bill yet. SUPPORT

A RARE bipartisan bill that seeks to clear up numerous rules and update clauses in the original implementation bill of Amendment 2, like telehealth use and restrictions on radio/television advertising for cannabis docs. In addition, it seeks to register and regulate hemp extracted cannabinoids such as Delta-8, which is currently being sold through a loophole in the 2018 farm bill. This could create greater consumer confidence in Delta 8 products, which could be made currently in someone’s basement or a legitimate lab. Presently, only CBD products are subject to testing. It may change during the amendment process to include good or onerous clauses, like a THC cap or free cards for veterans and folks on SSDI. Keep your eye on this one. SUPPORT (IN ITS CURRENT FORM) OR OPPOSE AS IT MORPHS FORWARD.

By making your medical cannabis non-illicit, it prevents institutions like hospitals and Assisted living facilities from blocking your access to your cannabis medicine while under your care. Also, it prevents you from being removed from organ transplant lists for having a medical card. Along with Sen. Brandes office, this bill was conceived and proposed by Suncoast NORML SUPPORT

Decriminalizes all and scheduled drugs, replacing jail time for fines for procession and use. SUPPORT

SB 744  Medical Use of Marijuana by Out-of-state Visitors |  Sen. Brandes

Allows out-of-state visitors with a valid medical card from their state to purchase up to a 30-day supply of cannabis via electronic registration and payment of a $10 reciprocity fee. (note-the fee is less than most other states charge in sales and ad-valorum tax   for adult-use and medical products (for states that charge tax on medical cannabis) Along with Sen. Brandes office, this bill was conceived by myself and Bill Monore and proposed by Suncoast NORML SUPPORT

A revamp of his Adult-use bill form last year that includes the break-up of the vertical mandate to all horizontal licenses and expungement of previous convictions. A good bill that would be great for the Florida cannabis industry. SUPPORT

HB 2915  Drug Free America Foundation – Reducing the Use of Marijuana During Pregnancy and Postpartum |  Rep. Latvala

Gives Drug-Free America $241k to do a study on the adverse effects of cannabis and the benefit of reduction of use. OPPOSE

SHOULD ALSO BE FILED –

Protects government employees from being fired or from not being hired just for having a medical card, based on the Americans with Disabilities Act, which demands accommodations for employees with disabling conditions Along with Sen. Polsky’s office, this bill was conceived and proposed by Suncoast NORML

The current medical cannabis program is centered around patients being certified for doctors to recommend cannabis for their debilitating conditions. Eight are specific and two are open to interpretation, which has caused scrutiny by the Board of Medicine (BOM) and Board of Osteopathic Medicine (BOOM). The first general condition is Chronic Non-malignant pain, and the second is “Medical conditions of the same kind or class as or comparable to those enumerated in paragraphs (a)-(j)” This bill expands the number of qualifying debilitating conditions to clarify those non-specific categories. The list is similar to what was written into law by the conservative state of Arkansas. All have research that verifies the efficacy of cannabis as treatment. This list also includes important conditions that were left out of the original statute, such as autism and post-concussion syndrome. This bill was conceived and proposed by Suncoast NORML

The licensing process for MTC’s has been off the rails for some time. A few entities got in at the start, followed by companies that got their license by lawsuit and by Gubernatorial Executive Order. Many of those in the latter groups have sold their licenses, sometimes several times over, while the patients of Florida wait a real competitive free market. The licenses themselves have become a commodity, as opposed to a product of a fair application process.

1)The MMTC licenses as legal documents, allowing the awardee the ability to operate as an MMTC, are property of the State of Florida, and as such cannot be sold to another party or transferred as a stand-alone document. If the entity that was awarded the license is sold in a cash sale or part of a merger and acquisition, the license is thereby reverted to the state so that it may be available for the application process to be awarded to another entity that has gone through the application process and vetted by the regulatory body as eligible to be an MMTC under the rules and regulations of this statute.

2)Once awarded the company cannot sell the license (if still attached to the company assets) until one year after purchase or awarding though the application process.

3)Once awarded, the entity must be cultivating at scale, i.e. 400,000 viable plants in the vegetive and/or flowering stage, within two years of the award. All entities not meeting that benchmark will have their license revoked, and that license will once again available to the OMMU for awarding though the application process. This bill was conceived and proposed by Suncoast NORML