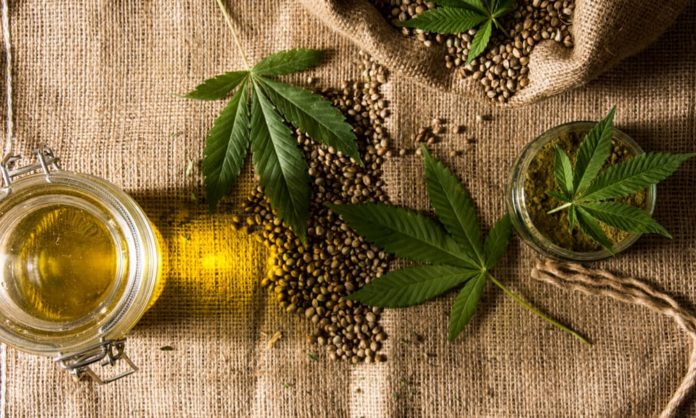 Lawmakers in the House of Representatives introduced a bipartisan bill on Thursday that would protect medical marijuana users in states with legal pot. Rep. Steve Cohen, a Democrat from Tennessee, and Alaska Republican Rep. Don Young are the sponsors of the Compassionate Access, Research Expansion and Respect States (CARERS) Act.

If passed, the CARERS Act would amend federal law to allow states to set their own medical marijuana policies. It would also permit doctors with the Department of Veterans Affairs to recommend medical marijuana to veterans to treat serious and chronic conditions. Although it would not legalize cannabis at the federal level, it would respect the states’ decisions to legalize medical marijuana and would prevent federal law enforcement from prosecuting patients, doctors, and caregivers in those states.

The measure is similar to a bill of the same name that stalled in the last Congress. That bill received a host of bipartisan support from Cohen, Young, and Senators Cory Booker (D-New Jersey), Rand Paul (R-Kentucky), Kirsten Gillibrand (D-New York), Mike Lee (R-Utah), Al Franken (D-Minnesota), and Lisa Murkowski (R-Alaska) in its Senate version.

Federal Law Out of Sync with Public Opinion

Cohen said in a statement that the bill reflects the opinion of a majority of Americans.

“The national consensus on medical marijuana is solid and bipartisan, but our federal drug laws continue to treat patients and their doctors like criminals,” Cohen said. “Our bill would bring federal medical marijuana policy in line with the views of the overwhelming majority of Americans by allowing states to set their own marijuana laws, allowing patients, including veterans, to receive the treatments they need from their doctors and improving opportunities for research on marijuana.”

Young said that he believes the bipartisan effort can serve as an example of what can be accomplished in the 116th Congress when legislators work together.

“I’m hopeful that this is going to be a productive Congress regarding the debate over national cannabis policy,” said Young. “Important components such as protecting medical cannabis, access to CBD, expanding research opportunities, and allowing veterans access are provisions in the CARERS Act which I’m proud to cosponsor with Congressman Steve Cohen. This is the kind of bipartisan effort that doesn’t happen every day but should serve as an example of how we can solve the problems that our constituents have sent us here to do. I look forward to promoting this legislation and other measures to protect the rights of states and individuals.”

Booker said that it is time for a change in federal cannabis policy.

“Our federal marijuana laws are broken—they don’t make us safer, they waste taxpayer dollars, and they lack both common sense and compassion,” said Booker. “By ensuring that states are able to set their own medical marijuana policies, the CARERS Act will help ensure access to treatment for those who benefit from medical marijuana – from children suffering from chronic illnesses to veterans battling PTSD.”

The CARERS Act has been designated as House Resolution 127. The text of the bill has not yet been published on the House of Representatives website.