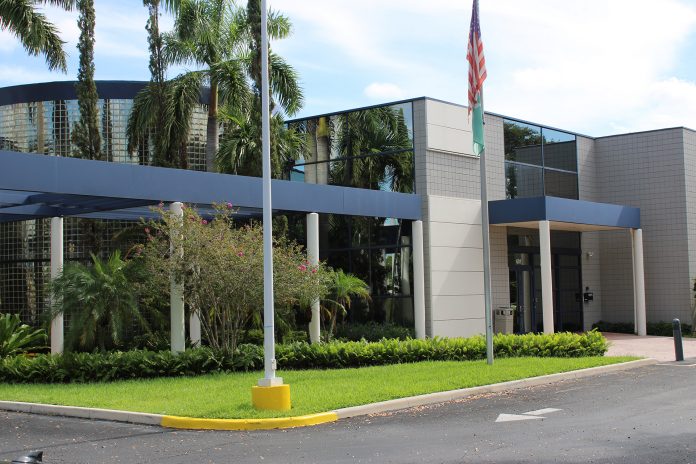 Green Roads started on July 29th, 2013. “We just celebrated our 7th year in business. It has been a long road for the cannabis industry and I’m glad we could help do our part.”, mentioned Arby.

When asked how they came up with the name Green Roads for the company. They knew they didn’t want to have a name with cannabis, canna, or a logo with a pot leaf. They felt it had been so overdone with all the company names currently on the market. I believe we were the only company that had the word “green” in its name. Today there are a lot of CBD companies with green in their name. They wanted to show a path and at the end of that was something green. “We wanted to show something green, beneficial, life, air, environment… everything that has to do with what the world is… We wanted a greener road to lead to greener pastures. Going through bankruptcy, losing everything, starting from zero. So that is why we called it “Green Roads”.

When asked how they came up with their current logo. “we tried so many things and none of them seemed right. There was this new kid… I don’t even know where he is today, drew something similar to our current logo. It had the 4 points of what Green Roads stood for and I knew this had something, it was by luck and it just stuck”, said Arby

People don’t know the early days of how Green Roads got started. They had no capital investment. Laura was working 90 hours a week between her pharmacist job and formulating products for the company. Arby would go around in his car to head shops, vape lounges, selling a few bottles at a time. It was only the 2 of them in the beginning. “We had to figure out what we could make out of it”, recalls Arby. How they could formulate it. They had a lot of failure and success. That first year they made around $200,000 and that was when Kilo’s where $42,000. So, as you can see, they didn’t have much room for errors or mistake.

In 2015 Danny Perdeck joined the team and built out the sales part of their company. He is President of Sales and later they also made him a Partner. He slowly built up their sales department to what it is today.

When they started this journey many of his friends in the industry, his partner, were all saying he was crazy to get out of the marijuana business to go back to Florida to sell CBD. Everyone told him no one would buy CBD. “They were laughing at me, I told them to do what you do and let me go and do what I do… Now most of those people have come back around either selling CBD today, selling the raw materials, doing something in that side of the legal cannabis space.”, according to Arby.

The Federal Hemp Farm Bill was signed into law in December 2018 helping to legitimize the Hemp CBD industry.

As a pioneer and working for change in Tallahassee, it isn’t cheap, it is expensive. “We felt it was our responsibility to let people know what is in their product”, mentions Arby. To that credit, Green Roads has successfully passed 2 bills in the State of Florida helping to establish rules and regulations on transparency and testing. They lobbied for SB 1020 and they helped passed the state hemp pilot program, which will bring a new industry of hemp, and with it jobs, for Florida. HB 921 later cleaned up a lot of the language and labeling requirements.

Green Roads has also been at the forefront of CBD testing. From the beginning they fell on the sword and wanted 100% transparency. Even to this day it is hard to get accurate testing. Only a handful of labs like Kaycha Labs and ACS Laboratory are certified to do so. Green Roads uses Kaycha Labs. Arby claims they were the first to add QR codes on their packaging linked to the lab “Certificate Of Analysis” (COA) on their website.

Unfortunately, there are also bad actors like Diamond CBD and they are a publicly traded company. Products they have sold contained compounds like 5F-ADB. That compound, often found in illegal synthetic marijuana products such as “K2” and “Spice,” can trigger paranoia and panic attacks, increase heart rate and blood pressure, and cause convulsions, organ damage, and even death, according to the Drug Enforcement Agency.

Taking their fight to Washington DC.

This past February they were invited to Washington DC by Kelly Dyer to attend the National Industrial Hemp Council (NIHC). As one of the largest privately held CBD companies in the country they were asked to speak. Other attendees were Herbal Life, Kashmir, Canopy, Garden of Life, and the Consumer Task Force, to name but a few.

This past July they were again on a conference call with all of the same conference attendees and were able to present to the FDA. The FDA has sent over a guidance proposal to the OMB which is the White House so they can get funds to regulate the industry.

The 2 big things the attendees felt needed to be dealt with first were: 1) Finding a safe dosage level. Epidiolex had a huge dose and now Canopy Growth is doing research at a much lower dose. With the new research out of the UK and Australia. Those countries recommend no more than 70mg a day. 2) The other is full panel testing of products to be sure there is no pesticides, solvents, metals (SO 17025), and put label requirements with no claims on CBD products. According to Arby these are the 2 things the FDA should start with.

The cannabis industry employs a lot of people not to mention all the ancillary service providers and if the FDA comes out with anything else you would take away hundred of thousands of jobs. With COVID-19 it could devastate the cannabis industry.

They source their hemp from Colorado, Oregon, and Kentucky. Green Roads only uses hemp grown or “Made in the USA”. Arby warns about using CBD manufactured in China which usually contains lead as well as, heavy metals and pesticides. Their goal is to grow their hemp right here in Florida. Green Roads has invested a million dollars and partnered with the University of Florida’s Institute of Food and Agricultural Sciences (UF/IFAS) hemp pilot research program. “The only thing we would not do in the manufacturing process, is be an extraction company, everything else we want to do here in the State of Florida. Everything in our product will then be 100% from Florida.”, Arby said.

Green Roads is currently one of 3 CBD companies in a 80 store pilot program with Publix.

They also just came out with a new line of 5 sleep products with CBN called “All Sleep”.

“Our biggest news… We just got approved for Over The Counter (OTC) in the beginning of August. We are over the counter now, we can make any type of products and supplements across the board, make claims about anxiety, sleep, or anything else we add and have CBD as a carrier. We are literally 100% full OTC now.” Arby mentioned excitedly.