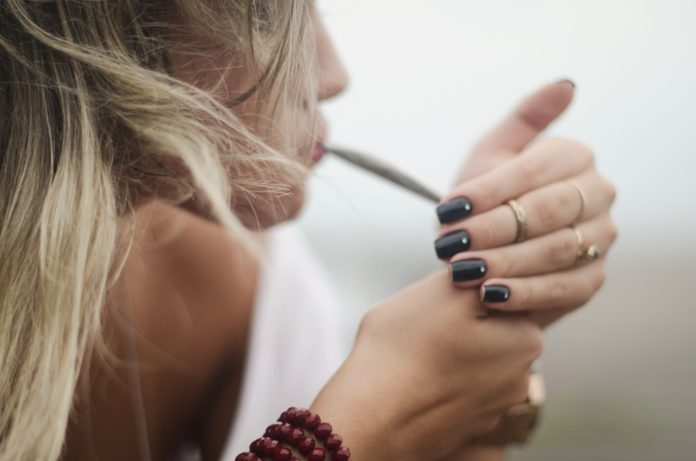 As 2020 rolls in and legislative session begins in Tallahassee, patients and advocates are concerned about the future of smokable marijuana in the Sunshine State. For medical patients, the ban on smokable cannabis flower was lifted by the signature of Governor DeSantis in March of 2019. Since the ban was lifted, patients have clamored for better and more reliable access to flower from all of the state’s operating Medical Marijuana Treatment Centers (MMTCs). In fact, the demand for whole-bud cannabis is so high, a recent study estimated that more than half of patients in Florida prefer to medicate with unconcentrated, whole marijuana flower. Unsurprisingly, MMTCs are struggling to keep up with the demand for smokable cannabis, with many patients complaining about low stock and a lack of options for relief. Subsequently, operators are supercharging their efforts to massively scale cultivation facilities.

Despite issues with inventory, flower-dispensing MMTCs have been growing and developing a multitude of strains, varieties, and cultivars with distinct cannabinoid profiles. Different strains contain different ratios and potencies of cannabinoids, and are formulated with specific effects and individual patients in mind. Although there are well-over 100 known natural cannabinoids found in marijuana, the most salient are THC (delta-9 tetrahydrocannabinol) and CBD (cannabidiol). Although more studies are needed and the issues are very nuanced, generally speaking, THC is the chemical most responsible for the psychoactive effect or “high” that a patient experiences while smoking. Conversely, CBD does not have the same psychoactive effect, but researchers and patients alike are hopeful for purported benefits of calming, anti-inflammation, sleep assistance, and more. However, along with the psychoactive effect, high-THC cannabis specifically has been shown to be the only method for some patients to obtain the relief they need. Cancer patients have credited high-THC products for improvements in appetite, mood, discomfort, as well as for reducing or slowing the growth of cancerous cells in the body. Similarly, patients with chronic pain from other conditions simply need high-THC medicine to effectively alleviate their symptoms without resorting to opiate use.

So, what’s the problem? If MMTCs are now free to cultivate and dispense whole-flower cannabis, what’s the issue? The answer: Ray Rodrigues and the arbitrary 10% THC cap. Originally, smokable flower was not allowed in Florida, and the smokable ban itself was a result of legislation implementing medical marijuana that was written by Rodrigues himself. Less than a month after Governor Desantis lifted the ban on smokable marijuana, Florida House Republicans began a campaign for restrictions on flower despite complete lack of concerns from doctors, patients, and other citizens. Specifically, Rodrigues, the House Majority Leader out of Fort Myers, sponsored a bill that would cap all smokable marijuana at 10% THC (HB 7117). Luckily, the bill did not pass, despite many Republicans voting in favor of the 10% cap, and most Democrats voting against. Currently there is no restriction on THC percentage for cultivators of licensed MMTCs, with some strains testing at nearly 30%.

Born in of Pensacola, Ray Rodrigues received his education at Berry College in Georgia under a scholarship from the WinShape Foundation – a conservative charitable organization founded by Chick-fil-a mogul Truett Cathy. Originally, the scholarship was only awarded to those that were deemed righteous by Cathy, and were required to sign a contract that included Christian-based rules to abide by. Ray Rodrigues continues to legislate as an evangelical Republican, but has been accused by some of cloaking his true intentions behind his “classical” views to boost his own interests. In the past, Rodrigues’ top political donors have come from some of cannabis’ largest detractors: the alcohol, tobacco, and sugar industries. Even as of late 2019, Rodrigues’ campaign has raised over $357,666, second most of any 2020 Senate candidate. The kicker – Rodrigues has raised all this money with no opponent, as he is currently running unopposed with no one willing to challenge his Senate seat.

Rodrigues has remained resolute throughout his political career to espouse anti-marijuana rhetoric regardless of public opinion and relevant research, but he is not alone in his quest to install “reefer madness” style policies for regulation of medical marijuana in Florida. Rep. Cyndi Stevenson out of the 17th district has routinely, and without supporting facts, asserted specifically that the THC in marijuana increases the propensity for an individual to become more violent. In April of 2019, she told Associated Press that “The idea that we would put a stamp of approval on something that enhances violence, perhaps, even if it’s a small fraction of the community, is something that should give us all pause.” Additionally, Speaker of the House Jose Oliva of Miami has voiced similar concerns, however hollow. Oliva worries about people breathing cannabis smoke into their lungs, citing “I’ve never heard anyone say its good for you.” Despite his concerns for lung health and the well being of the general populace, there are no indications that Oliva plans to shut down or further regulate his own family-operated cigar company.

After unprecedented growth of the medical cannabis industry in Florida over the past two years, many citizens are worried that regulation of the program is headed in the wrong direction. Rodrigues, who also chairs the House Health and Human Services Committee, has oft- cited a controversial study which posits that cannabis with more than 10% THC can induce psychosis. The study, published by Swedish company Lancet over 30 years ago, has been highly criticized due to its reliance on patient-submitted data, limited scope, and lack of data that can be applied to marijuana users without high-risk conditions. Nonetheless, Republicans have conducted hearings in Tallahassee to parade the old troop of prohibitionist doctors, clinicians, and “experts” to regurgitate the same outdated, unsupported, anti-marijuana vitriol in hopes of introducing a new bill to cap THC in 2020. Bertha Madras, a Harvard professor and one of the nation’s oldest marijuana prohibitionists, was among the experts summoned to Tallahassee for hearings on potential implementation of new marijuana policies. “Marijuana is not benign. It is not safe. It is addictive,” said Madras, a member of the Commission on Combatting Drug Addiction and the Opioid Crisis.

The overarching effect of such a bill in Florida could a devastating blow to a cannabis industry that is just getting its feet wet in the state. Chiefly, patients are worried that if a 10% THC cap were installed, they would need to purchase more than double their current amount of medicine to receive the same level of relief. With Florida medical marijuana prices already alienating many current patients, such a cap would undoubtedly drive more to the black market. In addition, current state regulations only allow for 2.5 ounces of smokable cannabis flower to be consumed by a patient every 35 days. With some patients already stretching their allotment as it is, many say that a 10% cap in conjunction with the 35-day rule would irreparably undermine their right to medicate effectively under the Florida Constitution. Moreover, many opposed to the THC cap point to the sheer lack of common-sense rationale in such proposed legislation. Rodrigues’ previous bill attempted to limit THC in marijuana to 10%, in a plant that produces naturally-fluctuating cannabinoid concentrations. Asking cultivators to grow cannabis that contains any specific cannabinoid requirement is problematic (just ask a hemp farmer), and efforts to boost flower production could be put in a stranglehold.

Furthermore, when previous attempts to cap THC have been proposed for whole flower, Rodrigues has been silent in addressing the incongruence of his stance toward smokable and other forms of medical marijuana. Since his early attempts to curtail Florida’s medical marijuana program in 2014, Rodrigues has been vocal in strongly opposing the idea of smoking marijuana, citing that it is not a “proper” way to consume medicine. A THC cap on smokable marijuana flies directly in the face of this position, as it implicitly sanctions smoking, and also requires a patient to smoke more than double what they would have previously. Similarly perplexing, Rodrigues and other House Republicans have been silent on the availability, efficacy, or any potential “dangers” of highly-concentrated cannabis oils, vape cartridges, oral solutions, and more (that can contain over 90% THC).

Regardless, the threat still remains real–now is the time to contact your legislators, make your voice heard, and not to fall for decades-old scare tactics. A 10% cap on THC levels of smokable cannabis would undoubtedly harm patients and threaten the sustainability of the medical marijuana program in Florida. If Tallahassee Republicans have their way, Florida would become the only state in the country with a THC cap for smokable medical marijuana whatsoever.

Joshua Navarro is a South Florida attorney with practice areas focused on cannabis, hemp, and criminal defense. He serves as the Operations Director of Florida for Care, a patient advocacy group, as well as for the Florida Hemp Council, a hemp & CBD trade association for promotion of responsible hemp enterprises.