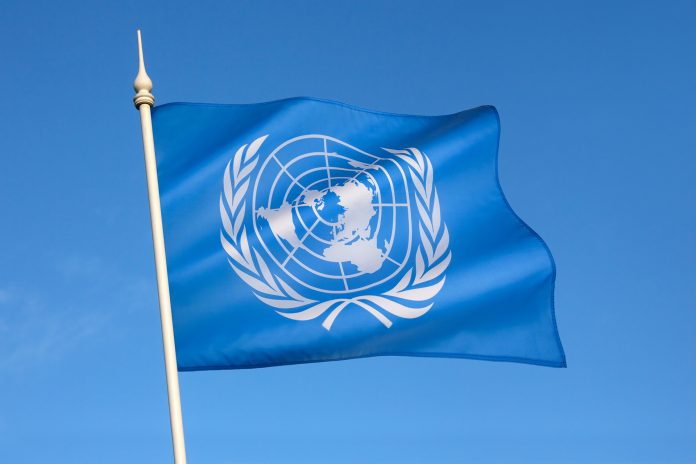 Harry Anslinger, the first Commissioner of Narcotics, made it his life’s work to make cannabis illegal. After the defeat of alcohol prohibition, his office in the US government needed a new target, so he worked his way from state to state until he got enough states to declare cannabis illegal, even though it was still on the country’s pharmacopeia of medicines. He came up with the strategy of calling it Marijuana, a term used by Mexican peasants, to make it sound Hispanic at a time when anti-Mexican sentiment was strong in the states, and used tabloid journalism to create false stories of the plant turning regular people into violent criminals.

His strategy worked and in 1937, the Marijuana Tax Act became law, and growing as well as possession and use of cannabis was illegal.

Over the next decades, he worked tirelessly with congress to increase penalties on cannabis including making the sale of the plant a felony through the RICO laws, connecting the growing and sales of cannabis to organized crime, even though New York’s 1944 LaGuardia Report verified that no such connection existed.  It was this connection to organized crime that lead to the friendship of Anslinger to Robert Kennedy. They worked together to go after organized crime leaders, and that was the reason why John F Kennedy kept him on as Commissioner of the Bureau of Narcotics. This appointment was a contentious one for Kennedy, who wanted to bring on a more youthful administration.  Anslinger had served 30 years, since the Hoover administration, in his position and there was concern over his history of insubordination in vigorously opposing the AMA/ABA recommendations to stop attacking drug addictions with severe legal actions.

After he was brought into the Kennedy administration in February of 1961, Kennedy gave him the “dream job” of working with the United Nations on their latest project – an upgrade of the Paris Convention of 1931 that began in the League of Nations in 1948 and focused on narcotics that included prepared substances of opium such as morphine and codeine and products from the coca leaf such as cocaine(a blow to Coca Cola).

So, Harry went to the UN in New York with a stack of his “Gore Files” that included the falsified case of Victor Licata of Ybor City, Florida, a bi-polar man who killed his family with an ax. Anslinger had made the claim that “Marihuana” made him go crazy and kill his family in a “drug-crazed daze”, even though the original police report and subsequent reports on his mental health never included any remark regarding cannabis. Anslinger had his agents steal the original file from Ybor city police to cover the changes he made and used it for his presentation to the UN.

Although the initial objectives of the Single Convention was to include all the new narcotic preparations that had been invented and distributed since 1931 and include the raw ingredients such as the opium poppy and coca leaves, Harry convinced the committee to include cannabis plants, both living and dead, especially the flower buds, and the salts and preparations thereof.

But politics forced the committee members to soften the language, in part to appease nations where the plant’s regulations discussed would have major impacts. They had old provisions in place to allow changes that would take years and possibly decades to change, but the US refused to sign in at that time.

When Harry hit the mandatory retirement age of 70, he was forced to submit his letter of resignation to the Bureau of Narcotics and Kennedy gave him a position of US Representative to the United Nations Commission on Narcotics, where he worked for 2 years. Undaunted by being forced into retirement, he continued writing and eventually got the US Congress in 1967 to sign into the treaty. He got the Secretary of State to railroad it through the Foreign Affairs Committee with no debate, and then a 82-0 vote in the Senate, again with no debate. This was a move that eventually led to the Controlled Substance Act of 1971. This Act, championed by Nixon to be used as a political weapon against the anti-war movement and as an anti-Civil rights tool against the Black population was highly criticized as an invalid policy unbacked by science in the Nixon-ordered Schaefer report. When the Schaefer report noted that possession and use of cannabis should not be an offense, Nixon had the report quashed and cited, among other things, the Single Convention treaty that we signed as a nation in 1967. As the reason. Anslinger had won his final fight to make cannabis illegal world-wide and hard to reverse course. He died at the age of 83 in 1975, completely blind and suffering from a severely enlarged prostrate, but with the belief that his work would live on forever.

That all changed in the first week of December 2020 in Vienna, Austria, when the UN Committee on Narcotic Drugs (CND) voted, by a narrow margin, to overturn aspects of the Single Convention of 1961. The vote capped off 3 years of scientific review by WHO and 2 years of diplomatic discussions, and finally withdrew cannabis from Schedule IV of the Single Convention –the “prohibition schedule”.  The cannabis and cannabis-related substances recommendations were first introduced at the 40th [June] and 41st [November] meetings of the WHO Expert Committee on Drug Dependence in 2018 and focused on 6 core changes. It was noted that these changes would not affect Adult Use Cannabis and only Medical Cannabis because the changes were based on the principle that cannabis is and should be regarded as medicine. Since they were first characterized in the 1961 Single Convention, cannabis and products from cannabis resin were listed among the most dangerous substances in the world in Schedule IV, with high propensity for abuse and no medicinal use, similar to the Schedule I drugs in the US Controlled Substance list created in 1971. It was also agreed that the changes made would not affect CBD, rejecting the WHO recommendation 5.0 to place it on the schedule, since the original treaty never specified CBD products, since they derived from hemp.

The WHO investigation had noted that cannabis had been placed on the UN Schedule IV without any scientific review, like the US CSA. The CND noted in their press release that they are now, “recognizing the therapeutic value of this century-old medicinal plant and no longer considering it as “particularly liable to abuse and to produce ill effects.”

The vote came to 27-25, with countries like the US and European Union countries voting in favor, and countries that included China, Egypt, Nigeria, Pakistan and Russia opposed.

China, the first country to historically use cannabis, stated that it would still strongly control cannabis, “to protect from harm and abuse”. Meanwhile the UK, while noting that the classification changes were, “in line with the scientific evidence of its therapeutic benefits” said they still support the current international controls for cannabis, adding that cannabis still presents ”serious public health risks.” However, they voted yes on all but 5.5 (Note: Epidiolex is manufactured in Great Britain).

So, the Life’s work of Harry Anslinger continues to fall, state by state, his crowning achievement of making cannabis illegal worldwide via international treaty, can now finally be buried alongside him.

And, in the week leading up to the historic vote, with the countries already lining up to cast their vote, cannabis stock prices jumped – a jolt that would make Harry spin in his grave.