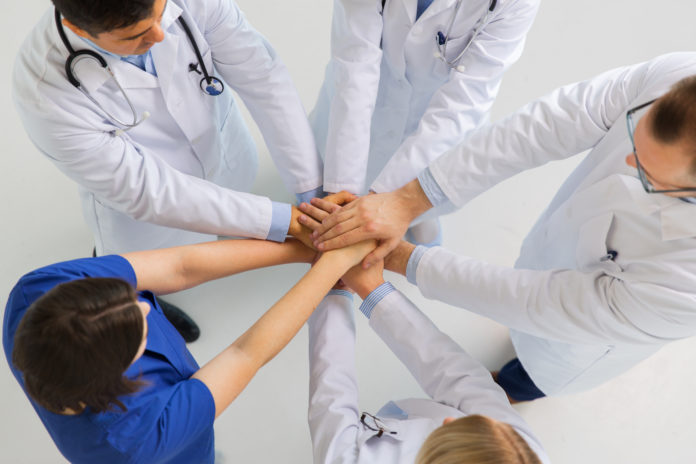 As medical marijuana rapidly makes its way into society there are many uncertainties along the way. From getting a card to what conditions qualify a patient to be registered or even how to get started with the registration process itself. There are also some frequent concerns which prevent patients from even inquiring about possible medical marijuana treatments due to the obstacles such as the inability to renew a concealed weapons permit or comply with their job’s random drug test policies.  These types of questions and concerns are what local medical marijuana clinics want the Florida Legislature to know so that the necessary changes are made in the near future in order to facilitate the patient’s needs.

For patients to qualify for medical marijuana they need to have at least one of the ten qualifying conditions; PTSD, cancer, epilepsy, glaucoma, HIV, AIDS, ALS, Parkinson’s disease, Multiple Sclerosis, and Crohn’s disease. Chronic nonmalignant pain is not considered as a qualifying condition, however it can qualify as a debilitating medical condition with proper resources and evidence added to each certification; the same process is conducted in order to register patients with anxiety, depression, or insomnia.  These are conditions that can heavily affect the quality of life of our patients and should be added to the list of qualifying conditions like other legal states have. The registration process itself is a lengthy process that is difficult for many of our elderly patients. The website requires patients to upload their Florida driver’s license into the system as proof of residency and pay the $75 fee to the Department of Health, however the site is not that mobile friendly, and can serve as delay in the approval process. The Department of Health should consider creating a link to the direct page where a patient can complete the application process or create an easy to use app, which would definitely serve as useful with both our younger and older patients. When creating orders for patients, the limit for one order is 70 days, however the Department of Health requires 30 weeks follow-ups for patients. With the current regimens that we create for our patients based off their symptoms, 30 week follow ups have shown us significant improvement in the severity of their pain, mood, and sleep. However in order to better aid the ordering process for clinics, the limit for orders should be extended from 70 days.

Telemedicine is quickly becoming a force in the forever changing medical field. According to the Sun-Sentinel, telemedicine services are already available from numerous health insurers, private providers and hospital systems, supporters of bills in the Florida Legislature hope that enactment of a bill legitimizing and regulating health services through video conferencing. This will encourage more long-distance, health-care sessions between providers and patients. Bean’s bill earned unanimous support from the Senate’s Banking and Insurance Committee and Health Policy Committee but still faces a couple committees to pass before it can come to the full Senate for a vote. When the bill gets approved it will authorize any licensed health-care provider to provide via telehealth whatever services they are licensed to provide in person. If telemedicine becomes available for medical marijuana physicians, then there should definitely be a requirement for a physical exam for initial consultations that require one. However, physicians should be able to practice via telehealth for patients that are following up or initial consultations that don’t necessarily require an in-person physical exam, such as, PTSD, anxiety, depression, or insomnia.

One of the more frequent patient questions at initial consultations is, if having a marijuana card interferes with a Concealed Weapon Permit? Yes and no are the answers. The real risk for registered patients who open firearms comes from fraud when filling out paperwork for their CWP. The process to purchase a firearm is filling out an ATF form 44732 which includes a specific question asking if the firearm purchaser is “addicted to, or user of any controlled substances.” Since marijuana is still a Schedule 1 Drug, it still requires the person applying for their CWP to answer ‘Yes’ in the previously mentioned question. In order to go around this issue for the time being, if a patient obtains their CWP before registering for a medical marijuana card, they won’t be rejected and can obtain the permit for a few years. The problem will come when it’s time to renew your CWP, and it gets denied due to being a Florida medical marijuana patient. Nikki Fried, who is the new commissioner of agriculture of Florida, is open about having both her medical marijuana card and her concealed weapon/firearm license and is currently trying to have our concerns regarding this problem heard from within.

Another hardship, which our clinic faces, is the inability to treat our first responders, government employees, and corporate employees that suffer from qualifying conditions with medical marijuana. This is partially due to the unstable HIPAA compliance from the Florida Medical Marijuana Use Registry. Patients applying for jobs in these fields that do extensive background checks and mandatory drug screenings are faced with a dilemma of choosing their health or advancing in their career. In order to solve this issue, the Registry should become more secured and HIPPA compliant, and the Florida Department of Labor should allow reciprocity for people that are registered as medical marijuana patients when it comes to drug screenings. For now, patients that cannot apply due to these standards, can only be treated with CBD isolate, which has 0% THC, since it will not fail a drug test. However, the majority of his population would benefit most from a treatment that contains a combination of CBD and THC, which they are restricted from.

It was recently announced that the Smoking Ban for marijuana would be lifted due to an ultimatum from the Governor’s office in Tallahassee. Which would mean that dispensaries will finally be able to start selling flower, however the State are allowing this with a certain requisite. Florida lawmakers will only allow pre rolled joints with filters to be sold due to health concerns with smokers. Even though this is a great first step for flower availability in Florida, it’s not enough. Dispensaries should be allowed to sell flower in controlled quantities, since some patients prefer to use glass or a vaporizers instead of joints since its less harsh on patients that have respiratory issues like COPD, or asthma. These types of patients should be allowed to consume their medication in a way that does not exacerbate their conditions. Another important benefit from flower, is the “Entourage Effect”, which means that there are more cannabinoids present that complement each other in our patient’s dosages when flower is used. Our patients would be more likely to exhibit significant relief from their chronic debilitating disease with a more complete terpene profile and cannabinoid availability if flower becomes part of our treatment plan.

Even though it seems like medical marijuana was legalized an eternity ago in Florida, it has only been 2 years, and yearly changes have allowed progress in a State program that had a slow start. The Department of Health has also addressed a multitude of problems that physicians were encountering during this time. However, there is still major room for improvement and much change needed in order to adequately treat our patients in this state. If these concerns can reach the offices of our Florida lawmakers in Tallahassee, and actually influence change in the near future, then we can definitely give the highest quality of care for our all our patients.HL