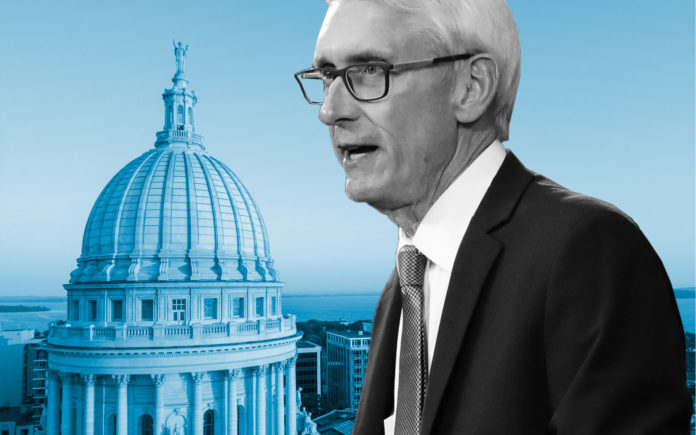 MADISON, Wis. (AP) — Wisconsin Gov. Tony Evers, who campaigned in support of legalizing medical marijuana, went a step further this week and said he now supports full legalization, giving hope to Democrats and other advocates who have pushed the issue unsuccessfully for years.

“At the end of the day do I favor legalization? Yes.”

Attorney General Josh Kaul also said on Wednesday that he would make the case across Wisconsin for legalizing medical marijuana as an alternative to prescribing more opioids to combat pain.

Any change would have to pass the Republican-controlled Legislature, which has blocked past attempts to soften the law.

“At the end of the day do I favor legalization? Yes,” Evers said at a meeting of the Wisconsin Technology Council on Tuesday. “I want it to be done correctly so we will likely have in our budget a first step around medical marijuana.”

WisPolitics.com was the first to report on his comments.

Evers said he may call for a statewide referendum on legalization. Such referendums are advisory only in Wisconsin, but could increase pressure on reticent Republicans.

A poll in August found 61% support for full legalization, with 36% opposed.

“I still don’t believe the support’s there within the Senate caucus to move in that direction, but I know the debate is going on nationwide,” Fitzgerald said on Tuesday when asked about the issue.

Kaul, in an interview with WTMJ-TV, cast the issue as a way to combat opioid abuse.

“We are in the midst of an opioid epidemic and when people are facing pain issues — I would much rather have a doctor prescribing medical marijuana than an opioid,” Kaul told the television station.

Democratic state Rep. Melissa Sargent, who has introduced bills to full legalize marijuana, said she believed public support will put pressure on Republicans to come around.

“For too long we’ve had people at the top of the food chain who suffer from reefer madness,” Sargent said. “Frankly, it’s time for them to swallow their pride and hear the people of our state and move forward.”

Wisconsin is one of 17 states that doesn’t have some form of marijuana legalization. Democrats in the state have long pushed for some level of legalization, but Republicans have not entertained the idea.

There appears to be strong support among voters in Wisconsin for legalization. In the November election, voters in 16 counties supported non-binding referendums calling for legalization of medical marijuana. A Marquette University Law School poll in August found 61 percent support for full legalization, with 36 percent opposed.

During the campaign, Evers said he supported legalizing medical marijuana and he backed holding a statewide referendum on full legalization. His campaign website noted that as a cancer survivor himself, Evers is “all too familiar with the side effects of a major illness that can make everyday tasks” and that medical marijuana could alleviate chronic pain for many people.

Evers said Tuesday he thinks the question is not if Wisconsin will legalize recreational marijuana, but when.

“I want it to be set up in a way that people in the state of Wisconsin feel comfortable that they can make some money by doing this work without having to essentially go broke,” he said.