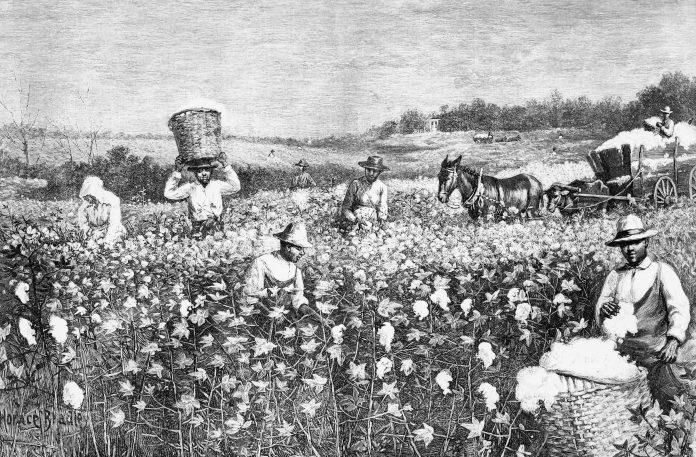 The commitment to diversity, equity and inclusion continues to be a focal point for many across the country considering the tragic events that have marred American history and recently sparked a wave of activism across minority groups striving for change. While change has many faces, the change facing Florida’s marijuana market comes through releasing the Black Farmer License Application. Although many believe Florida doesn’t go far enough to move its marijuana market towards equitable ownership, the long-awaited process of issuing a Medical Marijuana Treatment Center License (MMTC) is a small step in the right direction.

On October 14, 2021, the Florida Department of Health’s Office of Medical Marijuana Use (“OMMU”) released Emergency Rule 64ER21-16, titled, Application for Pigford/BFL MMTC Licensure. The release of this Rule has been over 4 years in the making and paves the way for class members of Pigford v. Glickman, 185 F.R.D. 82 (D.D.C. 1999) and In re Black Farmers Litigation, 856 F. Supp. 2d 1 (D.D.C. 2011) to apply for a coveted Medical Marijuana Treatment Center License, which some regard as one of the country’s most sought-after cannabis licenses. The Rule also comes with a 70-page application instruction form and 18-page application-evaluator instructions and manual. Additionally, on December 2, 2021, OMMU also released Emergency Rule 64ER21-10, titled, Application Window for the Pigford/BFL Batching Cycle. The release of this Rule establishes that the batching cycle opens on Monday, March 21, 2022, at 9:00 a.m. and closes on Friday, March 25, 2022, at 5:00 p.m.

Although Florida is heading in the right direction, the impact of injustice the Pigford and In re Black Farmers Litigation class members suffered from by the USDA’s failed efforts to investigate and resolve discrimination complaints still lives on today. For example, farms run by African Americans make up less than 2% of all of the nation’s farms today, and over the course of the 20th century, black farmers have lost over 20 million acres of farmland in total. That’s largely in part due to the decades of racial violence and unfair lending and land ownership policies.

In 1997 and 1998, two class-action lawsuits entitled Pigford v. Glickman (“Pigford”) and Brewington v. Glickman (“Brewington”), respectively, were filed on behalf of groups of African American farmers. Those lawsuits asserted that the U.S. Department of Agriculture (“USDA”) had systematically discriminated against African American farmers based on race, in violation of the Fifth Amendment to the United States Constitution, the Equal Credit Opportunity Act, Title VI of the Civil Rights Act, and the Administrative Procedure Act.

More than 60,000 people sought to enter Pigford but filed too late and were not permitted into the case.[1] Two statutory provisions made In re Black Farmers possible. First, in 2008 Congress permitted claimants in Pigford who did not receive a determination on the merits to bring a new civil action.[2] This provision, which was part of the 2008 Farm Bill, also provided $100 million of funding for these claims.[3] In 2010, Congress provided an additional $1.15 billion to fund an agreement reached between the plaintiffs and the government earlier that year.[4]

The history of the two class action cases plays a pivotal part in Florida’s Medical Marijuana Treatment Center (MMTC) licensure. To submit applications for licensure as an MMTC, applicants must provide documentation establishing that the applicant is a Pigford member or BFL member.

The release of these Emergency Rules by OMMU provides a glimpse into how the state will likely handle an upcoming batch of applications, which overall will almost double the number of the state’s cannabis operators. However, this process will undoubtedly be stiffened with litigation, so much so that in its most recent preliminary budget request, The Florida Department of Health sought nearly $13 million to more than double OMMU’s current 80-person staff to 165 employees to handle what it anticipates will be a dramatic surge in state medical marijuana sales in the coming years and of that $2.15 million would be used for litigation-related expenses.

There is little doubt Florida will issue more licenses; the question remains how soon. For more information on Florida’s licensing rollout, contact the author Vijay Choksi at vchoksi@foxrothschild.com

Vijay is an accomplished cannabis law attorney who leverages an insider’s understanding of the business to serve the commercial and regulatory needs of clients in the medical and adult-use marijuana industries.Vijay’s in-house experience means that in addition to possessing detailed knowledge of state and federal laws and regulations that govern the legal cannabis, health care and CBD sectors, he understands their practical implications for operations. Former General Counsel and Senior Director of Compliance for one of Florida’s leading vertically integrated medical marijuana companies, Vijay is also well-versed in corporate matters, and has negotiated contracts governing nearly all aspects of the business, including security, lab testing, business associate relationships and commercial leases.