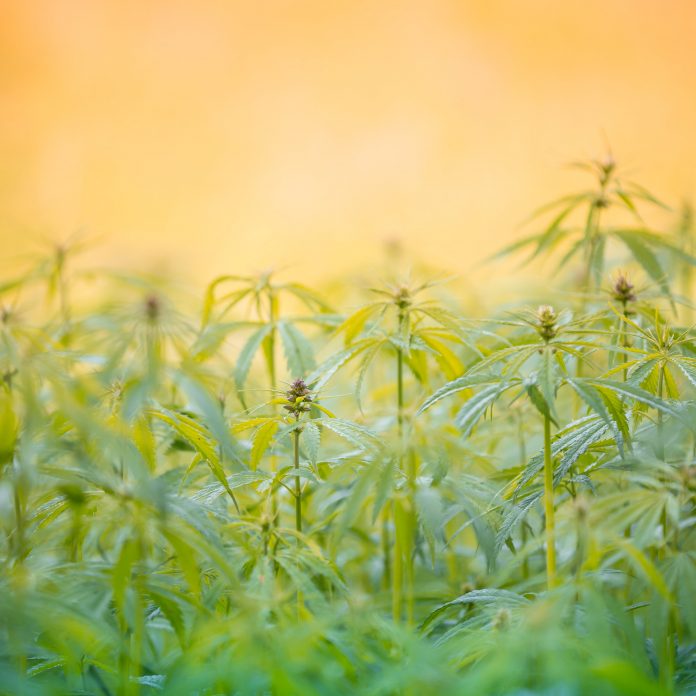 It’s been nearly three years since the 2018 Farm Bill modified the definition of marijuana to exclude hemp and derivates of hemp derivates, making hemp products federally legal.  This has allowed for an explosion of research into the Cannabis sativa L. plant.  Some of the brightest minds across the country have been studying how this plant can benefit our bodies and minds through its interaction with the endocannabinoid system present in our bodies.

Research shows that there are well over 100 different cannabinoids found in the cannabis plant.  The most well-known cannabinoids are Delta-9 THC and Cannabidiol (“CBD”).  However, Delta-8 THC has stolen the limelight in 2021.  Delta-8 THC products have been subject of a recent craze, much like CBD when it first became popular. The popularity and potential psychoactive effects of Delta-8 THC products have concerned lawmakers, regulators, and government officials throughout the country, with many states reacting quickly by issuing statements, regulations, or prohibitions against this cannabinoid.  This has made navigating the legal landscape on a national level a daunting endeavor.

The research into this new cannabinoid is still in its preliminary stages. It has been reported that Delta-8 THC delivers mildly psychoactive effects without the same impairment a consumer may get from consuming Delta-9 THC.  As explained by ACS Laboratory earlier this year, Delta-8 THC doesn’t bind to receptors in the brain and nervous system as strongly as Delta-9 THC, thus the psychoactive effects are less intense.  In recent months, other new cannabinoid products have hit the market, including Delta-10 THC, Hexahydrocannabinol (“HHC”), Tetrahydrocannabivarin (“THCv”), THC-O-acetate (“THC-O”), and Delta-9 Tetrahydrocannabiphorol (“THCp”).  Each of these cannabinoids are distinct and vary in benefits and psychoactive effects.

Does the Cannabinoid Product Fall Under the Definition of “Hemp”?

Under the 2018 Farm Bill, the definition of hemp was drafted broadly to include “the plant Cannabis sativa L. and any part of that plant, including the seeds thereof and all derivatives, extracts, cannabinoids, isomers, acids, salts, and salts of isomers, whether growing or not with a Delta-9 THC concentration of not more than 0.3 percent on a dry weight basis.” (Emphasis added). The state of Florida has adopted a nearly identical definition.

The source of the material from which the cannabinoid product is derived is essential to the analysis.  So long as the final product contains cannabinoids derived from hemp (and not from marijuana) and contains 0.3% total Delta-9 THC or less, the product would fall under the definition of hemp.

The Florida Department of Agriculture, the department which oversee the state hemp program, has adopted a similar position on the Delta-8 THC through a guidance document on its website.   Currently, hemp-derived Delta-8 THC remains legal in Florida.

HHC, THC-O, and THCp, and THCv are much newer to the market and I have not found any instance of them being addressed by regulators or lawmakers at a federal or state level.  However, in my opinion, the analysis should be the same.

There has not been a definitive finding on whether Delta-8 THC, Delta-10 THC, HHC, THCv, THC-O or THCp products are considered to be synthetic cannabinoids.  All of the listed cannabinoids exist naturally within the cannabis plant, with the exception of THC-O.  THCv must simply be isolated rather than undergoing a process to alter the molecular structure.  In my opinion, THCv is the least likely of these cannabinoids to be deemed a synthetic cannabinoid. Delta-8 THC and Delta-10 THC are created through an isomerization process, typically utilizing hemp-derived CBD as the source material.  From my understanding, to obtain HHC, the source material must first go through a concentration, isolation, or isomerization process, and then a secondary hydrogenation process.  In contrast, THC-O is not naturally occurring in hemp and is only created in a laboratory.  For this reason, I believe it is more probable that THC-O could be deemed a synthetic cannabinoid in comparison to the others.

Does the Cannabinoid Product Qualify as a Controlled Substance Analogue?

It is unclear whether hemp products fall under the regulations of the Federal Analogue Act and comparable state statute. On one hand, the Federal Analogue Act may not apply because hemp and hemp derivatives were explicitly removed from the CSA under the 2018 Farm Bill.   However, on the other hand, certain cannabinoids can produce psychoactive effects similar to Delta-9 THC. Regulators are concerned that marketing, manufacturing, and selling psychoactive products could create risks to the public, especially for minors. With Delta-9 THC being the most famous psychoactive cannabinoid in cannabis and its concentration being the entire distinction between hemp and marijuana, the DEA and state regulators will likely want to keep a close eye on products that react substantially similar to a user’s central nervous system when compared to Delta-9 THC and those such products will be subject of strict scrutiny.

While research and data are still limited for these new cannabinoids, I think the potency of these cannabinoids as compared to Delta-9 THC will be a key factor in the analysis moving forward.

Not all cannabinoids are created equal, and it is important to evaluate the legality of each one separately. There are many positive benefits to these cannabinoids, so I urge lawmakers and regulators to not rush to ban them without first attempting to understand each from a scientific perspective.  The health and safety of consumers is a driving factor and should be central in the evaluation, especially when considering the potency of each cannabinoid product.

While this article is intended to give readers an overview of some of the relevant factors in an evaluation of the legality of a cannabinoid product, please understand this is not a complete analysis of the laws and regulations discussed herein.

Additionally, there are other relevant laws and regulations which have not been discussed here, but which may be relevant to the analysis.

At Mr. Cannabis Law, Ms. Barton assists a wide array of clients in the cannabis and psychedelic industries with their corporate, business, compliance, and regulatory needs.  She helps early-stage start-up companies with strategic corporation formation, drafting governing documents, and obtain required licenses and permits, as well as assists established companies with expanding their business through joint ventures and collaborations, mergers and acquisitions,  protecting their intellectual property, and raising capital.  A large portion of her practice is also dedicated to assisting companies apply for their marijuana or hemp licenses and helping those companies navigate the constantly evolving cannabis and hemp rules and regulations