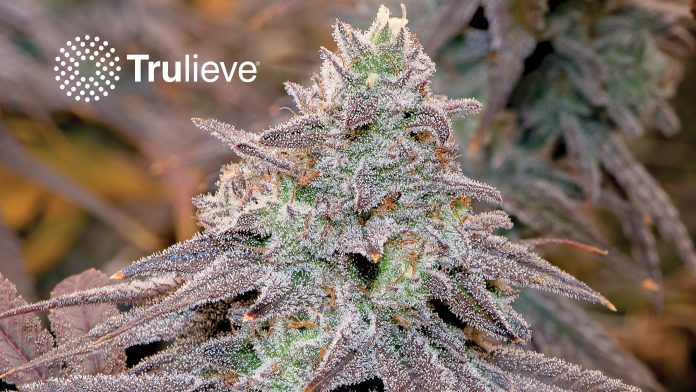 The transaction must be approved by regulators, but if completed it would create one of largest cannabis companies in the U.S. Both companies are publicly traded in Canada and over-the-counter in the U.S.

The acquisition will expand Trulieve’s footprint to 126 dispensaries and 22 cultivation facilities across 11 states. Analysts estimate that the combined companies’ revenue will surpass $1.2 billion by the end of the year, which would make Trulieve one of the largest companies in the U.S. marijuana market.

“It’s a significant moment for both of our companies as we create the most profitable cannabis company in the largest market in the world,” says Trulieve CEO Kim Rivers.

Trulieve will be neck and neck with Curaleaf, the industry’s current leader in terms of revenue and size, analysts say.

In a note published after the deal’s announcement, Cowen Research said that the deal will give Trulieve industry-leading margins at 37%. “The transaction will create the largest U.S. cannabis operator on a combined retail and cultivation basis and the most profitable U.S. [cannabis company] on an adjusted EBITDA basis,” Cowen’s Viven Azer wrote.

Matt McGinley, an analyst at Needham, estimates that the mega acquisition would make Trulieve “slightly larger” than Curaleaf by revenue and says it will be “transformative” for the company.

Today, Trulieve, which is the largest Florida cannabis company by far with about 50% market share, operates in six states with 82 of its 87 dispensaries in the Sunshine State. (Three more are in Pennsylvania and the company operates one each in Connecticut and California.) Harvest will add 39 dispensaries in nine states, 15 of which are in Arizona, nine in Pennsylvania, eight in Florida and four in California.

“Trulieve, before this deal, were realistically a competitor but this makes them a much more viable competitor,” says McGinley.

Rivers will remain CEO. Steve White, the founder and CEO of Harvest, says his role is to be determined. Rivers says Trulieve has been on the hunt for an acquisition for some time and Harvest’s footprint is in line with Trulieve’s strategy of building regional hubs.

“What we learned in Florida is that scale is important,” says Rivers.

Rivers says her strategy divides the country into regions and each region is anchored by largescale operations. Today, Trulieve has anchored its southeast operations in Florida and once the deal is complete Trulieve will have a hub in Arizona and Pennsylvania. Arizona already has recreational sales while Florida and Pennsylvania, both of which have strong medical markets, are expected to legalize adult-use soon.

Rivers says when federal law changes, her company’s operations will help fuel a national distribution model. But in the near and mid-term, she says Trulieve’s operations in Florida, Arizona and Pennsylvania will help drive efficiencies in each region.

“While we can’t transport cannabis across state lines, we can share talent, we can share skillsets and we can have purchasing power for non-cannabis pieces of the supply chain,” says Rivers. “We think about it more as a distribution play.”

As for expanding to new markets, like New York and New Mexico, Rivers says Trulieve is likely to expand to other states only if they can build large-scale operations.

“We’ll continue to invest dollars where it makes sense,” she says, “but only where we’ll have some level of market penetration.”

Rivers says she still sees expansion opportunities for Trulieve in Arizona and Florida.

White, who founded Harvest in 2011, launched the company with one dispensary in Arizona. “If you think about what our beginnings were and our aspirations were, and you fast-forward to today, they’re not even in the same galaxy,” says White.

Rivers says that as recreational cannabis is now legal in 17 states, she expects Pennsylvania and Florida to legalize adult-use soon. But the biggest development Rivers and the whole industry will be watching is at the federal level.

“It’s becoming more common to have a marijuana program instead of less so,” says Rivers. “Of course, we’re waiting on Senator Chuck Schumer’s bill with bated breath.”