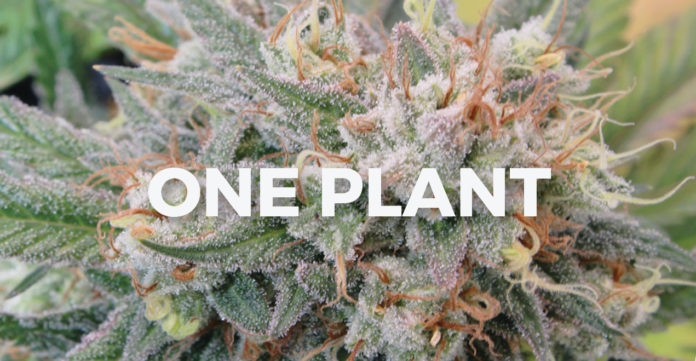 A long, long time ago in a state not so far away lived a 15-year-old teenager named Mike Nee (P-Bud), who unbeknownst to him would one day play a pivotal role in the creation and preservation of ChemDog and its hybrids to become part of one of the strongest most popular strains on this planet.

Mike Nee started growing weed when he was 15-years old in the woods next to his High School. He and his buddy went out into the woods…dug a few holes… planted some seeds and waited. “We were kids that didn’t know what we were doing. I had just started smoking about 6 months before,” recalls Mike.

They grew it all summer. It got enormous coming in at about 6 to 7 feet high. “We are two 15-year-old kids going across the soccer field every day with a wheel barrel, shovel, and dirt. Not too smart,” says Mike. They grew it all summer. When they harvested the weed, they didn’t know what to do with it, how to dry it, or cure it. “We weren’t sure what we were doing. We got several hefty bags full of weed and decided to stash them in the woods behind the local Baskin and Robbins ice cream parlor. When we went back the next day, it was all gone, so that was my first attempt at growing. Lesson learned,” said Mike.

Mike started growing indoor in his closet. He saved up and bought himself a Phototron he had seen in High Times. “It was just 6 fluorescent bulbs. That thing was one of the most dangerous things I ever used. I’m lucky I didn’t burn my parent’s house down. Not a very safe product. I tried using that several times unsuccessfully,” said Mike.

He then went to Western State College in Colorado, and that is where he says he fell in love with growing weed. He experimented with different flavors and types like Indica’s, Sativa’s. “There was the local strain that was grown outdoor called P-Bud; that’s also how I got my nickname. It was grown in Paonia. Which is a town which is right over the pass from the ski town of Crested Butte, just over Kebler pass was Paonia. What made that place, so great growing outdoor was that it dropped the elevation and around 5600 to 6000 feet. They were famous for growing apples, and all different kinds of fruit were also grown there.  Real hot days and cold nights so you get those sugars producing at night trying to protect the plant, so it spits out a lot of resin on the plant. Some of the best outdoor marijuana I have seen even to this date. Sad that it isn’t around anymore,” recalls Mike

It was the early 90’s when the indoor grow boom was starting to happen. Mike said he was growing in the basements, kitchen, garages, bedrooms, bathrooms, whatever he could find, “I slept in the living room mainly because every room was full of plants so, you can see where my priority was. I was buying different seeds. Getting cuttings of different plants. I was growing all old school strains like M39, Skunk #1, and a lot of the old Northern lights to name a few,” says Mike

The Summer of 91. In June, a friend of his named Joe met someone from Oregon that had weed called DogBud. The guy said he named it DogBud because after you smoked it, you would roll over like a dog, and you were done. “We never saw this kind of bud before. The smell and the taste of it were absolutely insane. The fuel … that pure chemical smell that would make your eyes water. It was called Dogbud, but because it was so Chemy, we changed the name. We were young, we thought they put so many chemicals in it, and that it was grown in chemicals. We didn’t realize that the Chemy smell was all the terpenes and the flower terpenes… We didn’t know what any of that was back then, so we just started to call it Chem Weed,” mentioned Mike.

“Our friend Joe was a wheeler and dealer, and we eventually got a pound and half of this Chem Weed. We never saw it again in our lives. We were big deadheads, and that summer, we went on the Dead tour and took about a quarter pound of the Chem Weed (DogBud) with us on tour,” says Mike. Everyone in town was pissed they were leaving town and having the best weed in the world and that they were going to go sell it to perfect strangers in a parking lot of a Dead show.

“I’ll never forget it, we drove to Deer Creek, Indiana in my buddy Joe’s green Subaru. Back then in the summer at a Dead concert, you had about 50,000 potheads looking for pot in the parking lot of a Dead show. If you found any weed at all, it was the low-quality mexi-seed pot.”  They showed their Chem Weed to two people and told them they were selling it for $70 and eighth. “Back then $70 an eighth was considered highway robbery. We felt since we were taking this on the road, all the risk that was involved, we want to make as much money as possible, and the Chem Weed was such special weed, and if we are going to let it go we needed to make as much money as we could, recalls Mike. The first guy they showed it to was like, “Oh my God, Oh my God, this is the best weed I have ever seen.” He went back, and in no time,  they had a line of people 20 – 30 deep at their Subaru in Shakedown Street. One of those people in line later became Mike’s good friend Greg Krzanowski (ChemDog) from Massachusetts. “He bought 2 eighths from us… we hung out, we smoked, he liked the weed. We exchanged numbers, and soon after that, we went back to Colorado, and he continued with the Dead tour,” said Mike.

Later, when Greg was back home in Massachusetts, he called them up, and they sent him a few ounces of P-Bud first. Mike said he sent him 2 ounces of Chem Weed. “In one ounce, there were no seeds; however, in the second ounce, Greg found 13 seeds. I’m confident in saying that had he not found those 13 seeds the quality of marijuana would not be where it is today,” says Mike

“Greg popped 4 seeds in 91. Out of the four seeds, one was a male, and 3 were female. He pulled the male like a dummy, but in all fairness, he was only 17 years old. I can’t imagine what that male could have produced. The pollen from that male, all the strains and crosses we could have done…it would have been phenomenal,” says Mike.

Greg put the rest in a deep freeze to preserve them.

“To do what he did as a 17-year-old kid and to save those seeds is impressive, I get emotional talking about it. Out of the 3 females, he had 2 keepers. He named one “Chem 91” and the other one he named “Chem Sister” of which are both still alive to this very day. When Greg met us, we called it Chem Weed and told it to him that it was initially called DogBud, so he fused the two names, and that’s how he came up with the name ChemDog,” says Mike.

“In 2000 Greg popped 3 more seeds and labeled those “C”, “D”, & “E”. “D” was the only one that survived, and Greg named it “Chem D.” Greg got excited when he got Chem D. In my opinion, and Greg agrees, it is the best of all of them. It has the most potent smells, the strongest high, and a great producer. Everyone we have shown this plant to is blown away by it,” remarked Mike

“Around that time when Greg got Chem D he also made a trade of Chem 91 with Jason from Virginia who had the Chem 91 strain as well for over 5 years,” recalls Mike.

“A majority of the strains sold as Chem strains out there, about 98% of them are not from the original mother. They are fake. If you see anything called Chem D-A-W-G it isn’t the real deal… I don’t know what that is. I will say confidently that 90% of the strains out there today in one form or another have some of the Chem genetics,” says Mike

“Only a handful of people have the real ChemDog strains, the original Chem strains. I am 100% confident in saying that. One Plant now has the unique Chem genetics as well. One Plant gives us royalties. They are authorized to grow 350lbs a month. It’s a great deal for everyone,” remarked Mike

“Chem 91 is the mother to some fantastic strains like Sour Diesel, Og Kush, and many, many more strains. I believe OG Kush is from Chem 91. Some people would argue that. The timing is right because OG Kush wasn’t out until 93’ or 94’. Chem and the original OG Kush have the same structure. They look identical up until the 5th week of the flower when the flowers start to change colors. The Chem story is on lockdown. All the players involved are still around. Where OG Kush came from is still very cloudy. Whether it came from Lake Tahoe, California, or Tampa, Florida, no one knows. I believe it came from Chem 91,” Mike said confidently.

Before moving to Florida to become One Plant’s Bloom Manager and ChemDog Guru, Mike worked at Incredibles in Colorado. When Brady Cobb offered Mike the chance to work for One Plant, he jumped at the chance. “Colorado was cold, and the marijuana market was becoming oversaturated. I wanted a fresh start, and the pay was great! It was a great opportunity; I just couldn’t pass up. Besides, it is a lot warmer here. Also, my son now attends the #1 ranked school in the country. It has been great working here at One Plant,” says Mike.

“At One Plant, we grow our medicine organically in soil. Personally, I like to grow organic. It is more of a challenge, which I like. You just have to listen to your plants, and they will tell you what they need. The medicine is much better, it is cleaner. Our friends in California, IC collective, grow Chem D in rock wool, and every time I go out there, I notice it isn’t nearly as good as it is in organic soil. With organic, you also don’t have to flush. I think growing organic just make the medicine taste better. When you burn our medicine, the smoke is white; that’s how you know you have good medicine,” says Mike.

Eventually, Florida will be the second-largest producer of marijuana in the United States, and according to One Plant’s Bloom Manager: Mike Nee (P-Bud), “We will have the best marijuana in Florida, maybe in the entire country.”