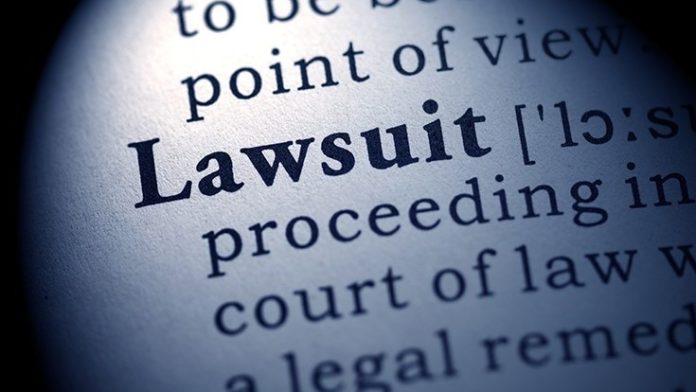 A shareholder entity in MedMen’s publicly traded empire—and a direct subsidiary of MedMen—is now suing the company and its two top executives, CEO Adam Bierman and President Andrew Modlin. The civil complaint, filed Jan. 8 in the Superior Court of the State of California in Los Angeles, alleges a complicated breach of fiduciary duty and a recorded pattern of Bierman and Modlin rewarding themselves to the detriment of other shareholders in the company.

At the heart of this complaint is a simple assertion: Bierman and Modlin are working for themselves, rather than for their shareholders, of which there are many. Plaintiff Brent Cox, a 1.3-percent stakeholder in subsidiary MMMG LLC, asserts that the two executives hold an unimpeachable degree of voting power—and that they’ve withheld stock options from certain investors, favored other investors and given themselves millions of dollars in cash bonuses baked into inflated valuation goals. (Cox, a former MMMG board member, is joined by plaintiff MMMG-MC LLC, which exists solely as a vehicle to hold to a 10-percent interest in MMMG LLC.)

It’s a long story. Read the full complaint below.

The lawsuit ties together an intricate string of disparate public records issued by SEDAR, which catalogues documents filed by publicly traded companies in Canada. In May 2018, MedMen, d/b/a MMUSA LLC, completed a reverse-takeover of Ladera Ventures Corp., a penny stock, and opened for trading on the Canadian Securities Exchange. Like other cannabis stocks on the CSE, it has not performed well, generally speaking, and was just shy of breaking even as of early January 2019, spiking only when the company settled an all-stock purchase of PharmaCann (for $682 million).

The January 2018 reverse-takeover paperwork that led to the IPO involved a sweeping consolidation of MedMen entities: MMMG LLC, MedMen Opportunity Fund LP, MedMen Opportunity Fund II LP, The MedMen of Nevada 2 LLC, DHSM Investors LLC and Bloomfield Partners Utica LLC were all rolled into what was then called MMUSA. Each party held a portion of equity in MMUSA.

“It is Fund I and Fund II that will remain relevant herein because of their disproportionately favorable treatment—when compared to the shabby treatment of MMMH—by the MedMen Defendants,” the lawsuit states.

Later, at the time of the IPO in May 2018, MedMen Opportunity Fund, MedMen Opportunity Fund II and MMMG LLC were issued Class B subordinate voting shares equal to their respective stakes in MMUSA. The shares were redeemable, 1:1, for parent company MedMen Corp. shares, but there was a six-month “lock-up” placed on them. No trading was allowed in that given time frame. “In other words,” the lawsuit states, “the [reverse-takeover] was designed to prevent public trading of MedMen Corp. shares issued to each of Fund I, Fund II and MMMG for six months from the date of the [reverse-takeover].”

Simultaneously, though, Bierman and Modlin wrote into the public offering a sprawling set of personal gains, including a $1.5-million salary, 10 million Class A shares of MedMen Corp. and “eligibility to each receive $4-million cash bonuses in the event the enterprise value of MedMen Corp. ever exceeds $2 billion.

The company quickly went on an all-stock acquisition spree, including the aforementioned PharmaCann deal. “Retail is the place to be because of the defensibility due to the zoning restrictions and the limited number of licenses,” Bierman told CNBC at the time. “I think retail is the permanent moat opportunity for this industry and that’s where we’ll continue to be focused.”

That spree increased the value of MedMen on the market, Cox asserts in the lawsuit, but investors were not allowed to trade any shares acquired through the IPO. In January 2019, after the lock-up period had ended, investors in Fund I and Fund II were awarded their shares and permitted to freely trade some portion of them. Investors in MMMG were told to wait for their shares until at least early 2020.

This tension among investors and executives is seen throughout public records available on SEDAR. Cox’s lawsuit merely draws a narrative from that paper trail.

The civil complaint sums up the corporate structure with a thudding line: “This dynamic – Bierman agreeing with Bierman to pay Bierman for things Bierman agreed with Bierman to do because they were good for Bierman, while being terrible for shareholders and for the entities Bierman decided should pay him – permeates the entire MedMen enterprise.”

Cox and MMMG-MC LLC, the investment vehicle, are seeking damages in amounts of $1.8 million and $18 million, respectively.

MedMen issued a response Jan. 9. “These are frivolous claims, and it appears the judge agrees,” Daniel Yi, MedMen’s senior vice president of corporate communications, wrote. “Today, a Los Angeles Superior Court denied the plaintiffs’ request for a temporary restraining order and preliminary injunction. Despite the agreement reached by an independent committee to safeguard the best interests of our shareholders, including MMMG and the funds, the plaintiffs; Omar Mangalji and Brent Cox, now seek special treatment.”

His colleague, Omar Mangalji, a fellow partner at The Inception Companies, which is affiliated with MMMG-MC LLC, echoed Cox’s sentiments: “MedMen touts itself as a torchbearer of best practices and even claims in their advertising campaigns that they are ‘Mainstreaming Marijuana.’ If that is the case, then they need to adopt mainstream corporate governance practices. This industry is exciting and rife with opportunity, but unless we engender a safe and accountable environment for individuals and institutions to invest their capital, the explosive growth will be stifled. Given the industry’s storied history and its varied stages of legality in different markets, it is doubly important that our industry be well above board in all of its corporate practices.”