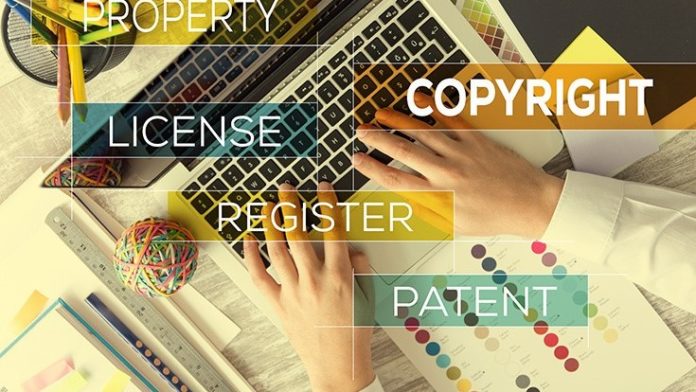 Put simply, trademarks protect brands, and companies building valuable brands in the cannabis space only own those brands if they seek trademark protection.

Trademark protection can occur in one of three categories: common law, state registration and federal registration.

Common law trademark protection happens automatically when a brand uses its mark in commerce, Zuber says, and it is the weakest form of protection.

State trademark protection occurs when a brand files an application with the state trademark office, and it is becoming more common as more states legalize and regulate cannabis, Zuber says.

“State trademark protection is important, particularly while prohibition is in place, because it may be easier to sue for trademark infringement in state court than in federal court in states in which cannabis has been legalized,” he says. “That is the case because of federal prohibition, which presumably inspires some federal courts to look dis-favorably upon allowing a plaintiff to capture evidence—lost profits, for instance—relating to cannabis products.”

Federal trademark protection is secured through filing an application with the United States Patent and Trademark Office, and while it can be difficult to obtain due to cannabis’s federally illegal status, it is necessary in the long-term valuation of a brand, Zuber says.

“That’s the most powerful form of protection by far … because it applies to the entire United States and all of its territories,” Zuber says. “It’s difficult to obtain in relation to cannabis brands because of federal prohibition, but it is possible to obtain meaningful trademark protection in relation to cannabis brands by working with an attorney that is fluent in both trademark law and in the particulars of the cannabis industry.”

Here, Zuber outlines his advice for navigating trademark protection in the cannabis space.

1. Protect the brand, not the product.

“With the United States Patent and Trademark Office, the key thing is to recognize the difference between protecting a cannabis brand and protecting a brand in relation to cannabis products, and those are two very different things,” Zuber says.

While the federal trademark statute does not explicitly prohibit obtaining protection for cannabis brands, it does prohibit the registration of any brand’s ownership of cannabis products, he says.

Cannabis companies and their lawyers should be forthright about their involvement in the cannabis industry when filing applications for trademark protection, especially when filing at the federal level, Zuber says. The United States Patent and Trademark Office will likely discover that the company is cannabis-related, and the company could then face opposition or the cancellation of their application due to fraud.

In addition, before investing capital and effort into seeking a trademark, companies should consider hiring an attorney to do a trademark search and report to ensure that another party has not already laid claim to the same trademark, or one similar, Zuber says.

While most cannabis companies are focused on licensing and the day-to-day challenges of operating their businesses, they should also put a heavy focus on brand protection, Zuber says.

Many times, as Zuber Lawler advises companies that are going public in Canada, they realize that those companies’ brands are being used by other businesses in other states.

“The lack of focus on protecting these brands results in real challenges to their valuation, and that’s something that is better to address before the fact as opposed to after the fact,” Zuber says.

If a brand does not obtain sufficient protection at the federal level, another company can start using the brand in another state, and post-prohibition, it may be difficult to get rights to that brand.

I spent my formative years on the road with legendary author and activist Jack Herer. His 1985 book “The Emperor Wears No Clothes” educated millions of people about how marijuana had historically been used for food, fuel, fiber and medicine. It unveiled the government’s racist, unscientific and absurd efforts to enact and continue prohibition. His rallying cry, “Hemp can save the planet,” still rings in my ears 20 years after retiring from the road.

The scale of cannabis legalization in California and Canada rapidly brought change to the cannabis landscape. It came with a form of commercialism and capitalism that the existing industry was unprepared to compete against. Big business was everywhere, looking for a way into the Green Rush. Many cannabis business owners took the golden parachute, selling their brands and companies. Others found partners looking to fund people willing to stay and run their companies. Preexisting small cannabis businesses felt the burden of high regulatory costs this year, leaving them less able to compete and making them acquisition targets for bigger companies.

I can hardly be impartial about this, sitting in Oakland, Calif.—ground zero. We saw a massive decline in small businesses here, driven out by the high taxes, fees and near impossibility of finding a compliant facility. It’s been heartbreaking to watch.

The good news: The cannabis community is not afraid of hard work. We fought the feds, educated our families and friends, and put prohibition on the run. Evolving the industry’s ethos will take time, yes, but if done right, we may accomplish our goals and create a kinder and more compassionate society. Finding our footing in this new era of big business may take longer, as stakes are high and competition is tough. But one thing is certain: 2019 will be a stellar year for the industry, especially for those who thrive on grit and grind.

Here is a list of five strengths to keep in mind for the new year.

1. Cannabis is a legit, billion-dollar industry. Consumer spending in the legal cannabis market will reach $11 billion in 2018, according to Arcview Market Research/BDS Analytics, and it will more than double by 2022 to more than $23 billion. There is growth in all cannabis sectors, except flower. According to New Frontier Data, flower prices across the industry have tapered off at retail, but its value has grown as a base commodity.

2. Support for legalization is higher than ever. According to an October 2018 Gallup poll, 66 percent of Americans now support marijuana legalization. (It was only 12 percent when Gallup first asked Americans in 1969.) Even the majority of seniors are pro-cannabis. Of respondents 55 or older, 59 percent support cannabis law reform in 2018, up from 50 percent the previous year.

3. Teen marijuana use is down. California’s biennial Healthy Kids Survey, last conducted in 2017, shows the overall prevalence, frequency of use and heavy use of marijuana is down 3 percentage points or more among ninth and 11th graders since 2015. Ninth graders showed a 4-point drop in overall use; 11th graders showed a 3-point drop. This contradicts what prohibitionists have predicted with their unsupported claims that legalization would increase teen access and use.

4. States have started clearing criminal records. States are starting to pass laws expunging old marijuana “crimes” from people’s records. California passed its law late this summer, joining Vermont, Illinois, Maryland, New Hampshire and Massachusetts. The city of Seattle, and the states of Oregon and Colorado have laws that seal old misdemeanors. Let’s all push for this to spread in 2019.

5. The feds are starting to make sense. After promoting an anti-cannabis agenda for years, U.S. Sen. Dianne Feinstein finally strongly supports cannabis legalization. President Trump, when questioned in June 2018, said he will “probably end up supporting” Senators Elizabeth Warren (D-MA) and Cory Gardner’s (R-CO) STATES Act, legislation that would end federal prosecution of state-legal cannabis businesses. Even banking is improving. A United States Treasury Department report showed there were 486 banks serving the industry as of September 2018, up from 340 at the start of 2017. It’s not out of reach to imagine having both banking access and some form of federal legalization in 2019.

Medical marijuana barriers are falling as Florida candidates from both...