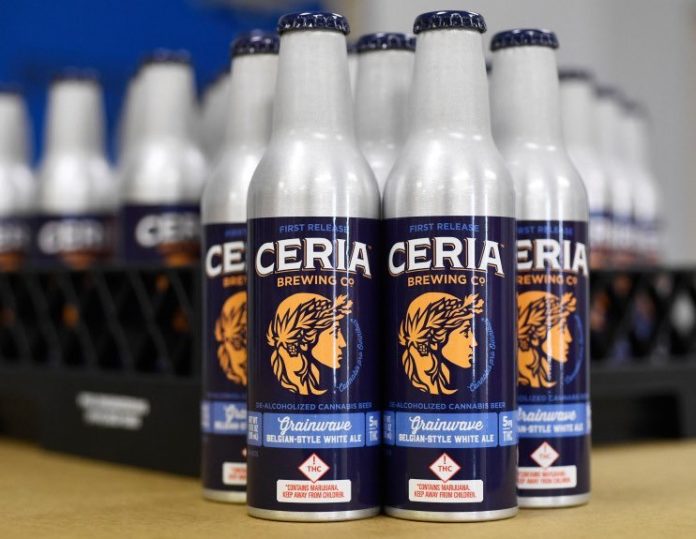 If you’ve ever enjoyed a cold pint of Blue Moon beer, then Keith Villa is the person to thank.

As the largest alcohol companies in the world enter the cannabis industry in search of lost customers and new ones, it came as no surprise when Villa left the Coors conglomerate in early 2018 to return to his craft-brewing roots.

When asked why he joined the cannabis industry, Villa said that business opportunities like this “really only comes around once in a blue moon.”

Having invented the popular Belgian White Ale back in 1995, under the name Bellyside, Villa continued his brewmaster career with Coors Brewing Co., Molson Coors and MillerCoors all the way until 2018 when he retired to start Colorado-based Ceria Brewing Company.

Described as a “refreshing, medium-bodied ale brewed with blood orange peel and coriander and infused with THC,” the Grainwave certainly brings a fresh spin on a Belgian classic.

With 5 mg of THC per 10 fl. Oz. bottle, the Grainwave’s high is comparable to a mild edible.

Anyone looking to buy should head to their local Colorado dispensary, as these brews won’t be sold in liquor stores until federal legalization occurs. If you’re a dispensary owner/operator interested in carrying Ceria’s beers, click here. Alternatively, if you like what you see and are interested in investing in Ceria, click here. In the meantime, be sure to subscribe to updates here so you never miss an important update.

Simple Tips For Successful Trademarking In The Cannabis Industry