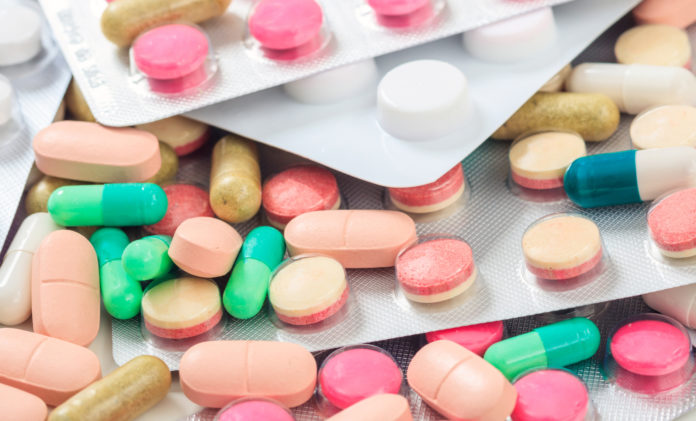 Americans over-65 only account for 14 percent of the nation’s population, but they use more than 30 percent of all prescription drugs. Medicare saved more than $165 million in 2013 on prescription drugs in D.C. and 17 states that allowed cannabis to be used as medicine. If every state in the nation legalized medical marijuana, would save more than $468 million per year on pharmaceuticals for disabled Americans and those 65 and older.

The Substitution effect using cannabis to treat pain, anxiety, depression has shown a 16% decrease in benzodiazepines, 12% decrease in antidepressants and 12% replaces cigarettes with cannabis. Cannabis is a potential treatment for opioid withdrawal. In 2015, a Canadian survey using 473 cannabis patients found more than 80% using cannabis substituted it for a prescription drug and has less risk of dependence. The International Journal of Drug policy stated 30% use marijuana as a substitute for opioids. Cannabis augments analgesic effect of opioids and widens the therapeutic window when used together. This combination may allow for opioid treatment at lower doses with fewer side effects (Powell, 2015).

Donald Abrams treated 21 patients in a hospital setting using high doses opioids for chronic pain. He received cannabis from NIDA (3.56%). The patients vaporized cannabis three times per day and pain decreased by 27%. The Hebrew University, in 2016 found that cannabis is effective for treating chronic pain. They studied 176 participants, who had been previously unresponsive to conventional medicines and treatments, who inhaled a monthly amount of 20 grams of cannabis for six-months. Sixty six percent experienced improvement in their pain symptom scores after cannabis therapy, and most reported “robust” improvements in quality of life.’ Patients also reduced their consumption of opioids by 44 percent! Univ of Michigan studied 185 chronic pain patients and discovered a 64% reduction in opioid use after increasing their cannabis consumption. Patients also reported a 45% improvement in quality of life since using cannabis. A study published in the international Journal of Drug Policy from researchers at FIU found people are less likely to turn to opioids for pain relief in medical marijuana legal states.

Scientists in China used a synthetic CBD, called JWH-133, to see how mice given regular doses of cocaine might respond. Cannabidiol (CBD), turns down a receptor in brain that is stimulated by cocaine (July 2011 Nature Neuroscience). Mice dramatically reduced their IV cocaine intake (60%) after given JWH-133. This would lead to new drug replacement therapies for cocaine addicts. Further evidence that marijuana is an “exit” drug, and anti-addiction therapy.

Illicit cannabis use has been shown to cause dependence, but it is likely that appropriate medical use does not carry the same risk.  The Cannabis addiction rate is nine percent which is overinflated as this number stems from the alternative being incarceration as well as the fact most are self-medicating and the desire to continue treatment partly due to the increase in dopamine, desire and outcome. Cannabis use can also cause withdrawal symptoms when abruptly stopped. These symptoms emerge 1-2 days after cannabis cessation and resolve in 1-2 weeks.  Most patients compare the severity of cannabis withdrawal to caffeine withdrawal.

Harm reduction offers safer options. The success rate of rehabilitation is 30%.  A treatment center in California uses marijuana as a substitute for more potent dangerous drugs. This has shown to decrease relapse and readmissions and offers a sense of emotional control.

We are facing an opioid crisis, non-opioid alternatives are minimally effective adjuncts for chronic pain, no data supports safety or efficacy of long-term opioids for chronic noncancer pain and millions of people around the world are using cannabis for pain which is the top indication for cannabis usage.  CB1 receptors in the limbic system are responsible for the affective elements of pain perception helping bring the mind into the body. In 2017 the National Academics of Sciences, Engineering, and Medicine reported that there’s substantial evidence that cannabis is an effective treatment for chronic pain in adults.

For those concerned about the growing prevalence of mental illness, including addiction, as well as its associated human, social and economic costs, plant based and alternative options exist. Ongoing research and clinical trials are taking place with a number of psychedelic drugs and cannabis; perhaps the future of medicine. For example, In the past decade there’s been a renewed interest in “psychedelic medicine,” including MDMA, psilocybin and LSD especially at it relates to treatment-resistant forms of addiction, anxiety, post-traumatic stress-disorder (PTSD) and depression. The U.S. Food and Drug Administration (FDA) continues to approve studies and, in some cases, new drugs like Spravato, a ketamine like nasal spray for treatment-resistant depression. These options may be able to help with our opioid epidemic while treating chronic pain, depression, PTSD, addiction and helping us return to balance.

Dr. Michelle Weiner, is an Interventional Pain Management Physician board certified in Physical Medicine and Rehabilitation. She completed her residency and fellowship training at the University of Miami. Her specialty is focused on prevention, treatment, reversal of health deterioration, increasing function and managing pain. Dr. Weiner focuses on diagnosing and treating spine and musculoskeletal pain as well as chronic migraines.

High prices keep many Ohioans out of legal cannabis market