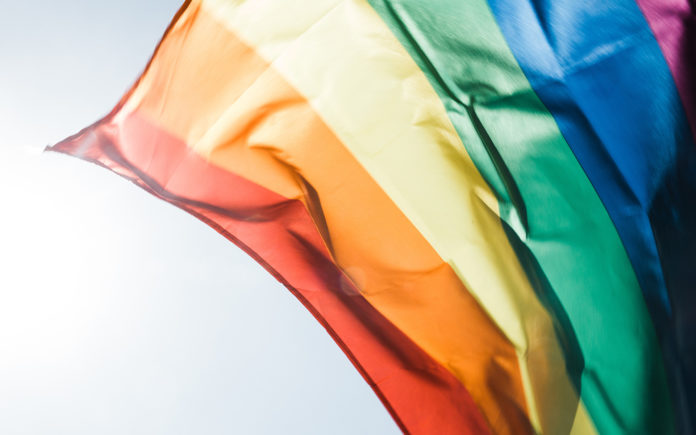 The race is on for entrepreneurs eager to build the first generation of national and global cannabis brands. But as these companies sprint to capture market share and reach out to new audiences, the LGBTQ community has been largely left out of the equation.

This means brands may be missing out on a lucrative market. A 2016 estimate from LGBT Capital puts global purchasing power of the queer community at $5.4 trillion, with over $1 trillion of it estimated to be based in the United States and Canada alone.

Based on conversations with industry players, including LGBTQ executives, it’s clear this market is mostly ignored by the fledgling industry. “Everyone’s really just trying to build something that caters to as many people as possible and from there work backwards,” said Jared Mirsky, CEO of Wick & Mortar, a Seattle-based cannabis branding agency.

“If you don’t see yourself reflected in those companies, then you shouldn’t be buying products from them.”Myrna Gillis, CEO, Aqualitas

Mirsky, who identifies as straight, said that while he sees marketing to the LGBTQ community as a huge opportunity, his agency’s clients have yet to request any LGBTQ-specific projects. “We’ve been around for 10 years,” he said. “What does that tell you?”

That’s not to say slapping a rainbow label on products will earn the loyalty of LGBTQ consumers. It’s important for companies who want to sell to the LGBTQ community to make sure they are represented in the workplace and that they commit to building a long-term relationship—not just parachuting in for the annual pride parade.

Mike Wilke of Out Now, an LGBTQ advertising firm based in New York, said his first piece of advice to anyone trying to court the LGBTQ market is simple: “Research, research, research. There is very limited—almost no—data relevant to marketing cannabis products to LGBTQ people.”

While some craft producers and smaller dispensary chains, often those owned by LGBTQ people, are actively working to build a queer customer base, broader outreach by the cannabis industry has been minimal. In the past there was a stigma about appealing to LGBTQ customers, but times have changed.

Myrna Gillis, CEO of Canadian cannabis producer Aqualitas, says building an LGBTQ-friendly brand is about more than outward appearances. In Canada, which puts strict limits on cannabis advertising, companies like hers work to express their values through actions.

“For me, your brand has to be authentic to what your values are,” she said. “My hope is that my values and the values of our company will speak to people who embrace diversity.”

Gillis, herself part of the Canadian industry’s queer leadership, said part of the obligation is on customers to seek out and reward inclusive cannabis businesses: “If you don’t see yourself reflected in those companies, then you shouldn’t be buying products from them.”

The problem isn’t so much that LGBTQ people don’t exist in the cannabis industry. They do. “I’ve met some amazing LGBTQ entrepreneurs from across North America,” says Renee Gagnon, CEO of HollyWeed North Cannabis, a group of cannabis consulting and manufacturing companies in Victoria, BC.

But in a sector still dominated by stereotypes and stoner tropes, the industry often overlooks LGBTQ representation.

“Everybody’s there,” said Gagnon, herself a transgender woman, “but largely we’ve been erased by cannabis culture, which is very heterocentric and very youthful male.”

“Every time you walk into one of our dispensaries, you are likely to be looking at LGBTQ employees.”Eliot Dobris, spokesperson, The Apothecarium

Gagnon, who describes herself as “about as old as it gets in legal Canadian weed,” said that as the industry moves forward, the best way to increase involvement among marginalized groups is equity licensing initiatives that reduce barriers to entry.

“Access to capital will always determine the racial and gender split at the top,” she said. “To be denied access to a fundamental thing like equality in the start of a new industry just pisses me off.”

Gagnon also puts her money where her mouth is, making sure that women and LGBTQ people occupy leadership roles at her company. When she speaks with investors, she makes it clear that when they invest with her, they are investing in an LGBTQ company.

Gagnon echoed the view that lip service won’t cut it with the LGBTQ community.

“I like that companies want to participate,” she said, “but look in the mirror. If you don’t see us in your company, then you’re just simply poaching money out of our community.”

What does visibility look like? San Francisco-based cannabis retail chain The Apothecarium once took a picture of all its LGBTQ employees for an advertisement. “There were a lot of people in that photo,” spokesperson Eliot Dobris said with a laugh.

The Apothecarium has produced marketing designed specifically for the queer community—an ad designed to look like a Grindr profile, for instance—but Dobris, who identifies as gay, says the company’s “most important effort” is hiring from the LGBTQ community. This includes for roles both in-store and at the executive level. “Every time you walk into one of our dispensaries, you are likely to be looking at LGBTQ employees,” he said.

“I think it’s important to go back even further and remember why cannabis is legal,” Dobris added, noting the importance of queer activists who fought for the right to use medical marijuana during the height of the AIDS epidemic. The Apothecarium’s location in San Francisco’s Castro district even has an art gallery dedicated to Mark Estes, a local artist who died from AIDS in the early 1990s.

“Remember that the movement for medical marijuana began in this neighborhood because of stories like Mark’s and mine,” reads an inscription from his husband on one of the gallery’s walls.

Todd Evans has witnessed the shift in perception of marketing to LGBTQ customers from a front-row seat. As president and CEO of Rivendell Media, an LGBTQ media planning and placement company, Evans has worked with one of the most storied brands to court the LGBTQ market: Absolut vodka. That promotion started on a hunch back in the early 1980s, he said, and the company started buying up back covers of local gay magazines.

He recalled one client expressing concern when its LGBTQ ads performed on par with the overall average. “I didn’t like that they wanted to overperform the average,” he said. “Why would you hold gay people to a different standard? If that’s your average, that should be good, right?”

Today, one big issue is companies showing up for pride—and pride alone, Evans said. “We don’t think they’ll end up getting that return on investment that everybody wants today,” he added. One of his clients, which promotes to the LGBTQ community year-round, actually does fewer promotions during pride because it’s increasingly too easy to get lost in the crowd.

A survey conducted by Grindr’s former digital magazine Into and the market-research firm Brand Innovators backs up Evans’ advice. It asked 4,100 respondents how they felt about companies that advertise to the LGBTQ community. Of those polled, 15.6% reported feeling “very positively” towards companies that do only pride-themed ad campaigns. When advertisers work LGBTQ themes into their branding “regularly or continually,” however, that number jumps to over 40%.

Evans expects that as legalization continues, the LGBTQ community will become an even more important market for cannabis. One misconception he’s heard—and doesn’t quite understand—is that companies think it must be expensive to advertise to the queer community.

“When you think about what it would cost to dominate gay media from any major company,” he says, “they probably spend more than that on tchotchkes they don’t use.”