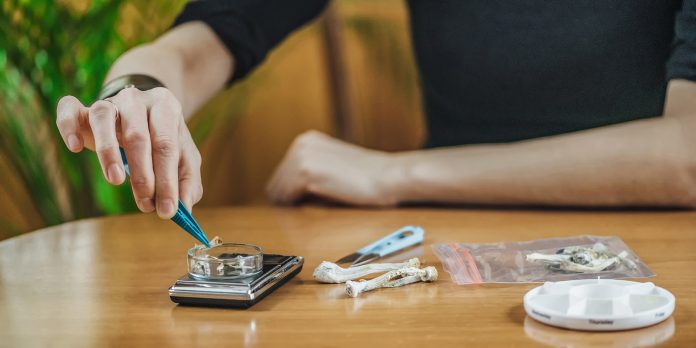 Are you guilty if you don’t know that the mushrooms you are eating are illegal?

Over the past six months, the Mr. Cannabis Law team has received several inquiries from clients interested in selling magic mushrooms and sclerotia truffles in Florida; and the clients are insistent that magic mushrooms and sclerotia truffles are legal in Florida based on the client’s google searches. At first, I thought to myself that these clients must be “tripping.” But, upon further research, I realized that this misconception is based on a reasonable misunderstanding of two basic legal concepts: (1) facial v. as applied constitutionality; and (2) mens rea.

The case that is causing much of the confusion is the 1978 case of Fiske v. State, 366 So. 2d 423, 424 (Fla. 1978). In Fiske, the defendant was arrested after leaving a field. Police officers found a bag of wild mushrooms near him. Id. The mushrooms were taken into the custody and the mushrooms were tested. Id. The tests concluded that the mushrooms contained psilocybin. Id. Under the Florida Statutes, “any material which contains a quantity of the hallucinogenic substance ‘psilocybin’” was labelled a Schedule I controlled substance. Id. Importantly, the statute does not specifically list wild mushrooms as a Schedule I controlled substance. The defendant was found guilty for possession of the psilocybin, which was a felony of the third degree. Id. The defendant appealed his case to the Florida Supreme Court.

“Mens Rea” refers to a person’s mental state at the time of carrying out the act of a crime. Because of due process, a person’s mens rea must have some sort of level of intent in order to be guilty of a crime. In other words, a person who has committed a criminal “act” cannot be guilty of a crime unless such person has the requisite mens rea when committing such criminal act. A prosecutor in a criminal case must prove mens rea beyond a reasonable doubt. If a statute does not put an individual of ordinary intelligence on proper notice of the nature of the crime, an individual cannot have the required mens rea to commit such crime. While ignorance of the law is no excuse, that principal “may be abrogated when a law is so technical or obscure that it threatens to ensnare individuals engaged in apparently innocent conduct.” United States v. Caseer, 399 F.3d 828, 837 (6th Cir.2005). In Fiske, the court found that the defendant did not have the requisite mens rea since the defendant was not aware that magic mushrooms contained psilocybin and the defendant was not on notice that magic mushrooms contain psilocybin since magic mushrooms were not specifically listed in the statute.

1. Fiske stands for the general proposition that criminal intent is required to commit a crime.

While many believe that the holding in Fiske means that possession of magic mushrooms in Florida is legal, such is not the case. Instead, Fiske stands for the general proposition that criminal intent is required to commit a crime. Florida Statute Section 893.03(1)(c)(33) lists psilocybin as a Schedule I controlled substance in Florida and has not been updated following Fiske to specify which natural substances include psilocybin. This means that a defendant may not be on notice as to which natural substances contain psilocybin and thus the defendant would not have the requisite mens rea. This issue is raised in Florida Jurisprudence, Second Edition March 2020 Update, which states, “the classification of ‘psilocybin’ may violate due process as applied to a defendant whose conviction arises out of possession of a bag of wild mushrooms that are determined to contain the drug, as the statute does not advise a person of ordinary and common intelligence that the prohibited substance is contained in a particular variety of mushroom.[1]Therefore, the issue of Florida Statute Section 893.03(1)(c)(33) not providing criminal defendants proper notice as initially raised by Fiske in 1978 remains an unresolved issue today.

3. Fiske makes it very difficult for prosecutors in Florida to prosecute defendants for possession of psilocybin unless the prosecutor has evidence to prove beyond a reasonable doubt that the defendant had knowledge that the magic mushrooms contained psilocybin.

The Fiske case does not offer much support to businesses that want to sell products that contain psilocybin. If a business were to grow, process, or sell a naturally-grown substance that contained psilocybin (ie magic mushrooms or sclerotia truffles), all business activities would likely be criminal. Following Fiske, the business and its agents would have the requisite mens rea or criminal intent to commit a crime. Specifically, if a business advertises or otherwise markets its psilocybin-based product, the business is operating with the requisite criminal intent of possessing and handling a controlled substance – psilocybin. To create commercial opportunities for psilocybin products, the Florida Statute would need to clarify which products that contain psilocybin are explicitly prohibited. Otherwise, businesses selling magic mushrooms or sclerotia truffles are operating at their own peril.