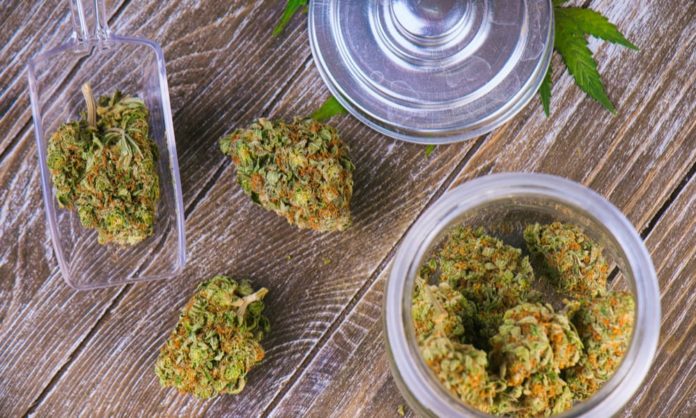 The Arkansas Medical Marijuana Commission has accepted an outside consulting group’s recommendations and voted unanimously on Wednesday to approve 32 cannabis dispensaries to serve the state. The action by the commission sets the stage for sales of medicinal cannabis to begin as soon as April, more than two years after voters approved an amendment legalizing medical marijuana in November 2016. Cultivation licenses have already been issued and more than 7,000 patients have been approved to use medical marijuana.

The 32 approved dispensaries represent the four highest scoring applications in each of the state’s eight medical marijuana dispensary zones. Scott Hardin, a spokesman for the Arkansas Department of Finance and Administration, said that the successful applicants will receive official notification from the state by next week.

“Monday at the latest, that [letter of intent] will go to those 32 companies that scored among the highest in each zone,” Hardin said. “They then have seven days to pay a $15,000 licensing fee, post a $100,000 performance bond, and then once we confirm that they still have that storefront… they’ll likely be licensed within the next couple of weeks.”

Dr. Dane Flippin, the physician at Arkansas Progressive Medicine in Jonesboro, told local media that access to medical marijuana in the state is tightly controlled.

“You have to have a certification from a medical doctor that you have one of the eighteen qualifying conditions,” Flippin said. “You have to be a resident of Arkansas to participate in the program. ”

Flippin said that once the approved dispensaries in Arkansas are open, patients will no longer have to leave the state to get their medicine.

“We’ve had people called medical refugees that will live in a state that it’s illegal and move to Colorado and live there and treat their problem,” Flippin said.

Last week, the Oklahoma Medical Marijuana Authority announced it would issue temporary licenses to purchase cannabis to patients with out of state identification cards. That’s led many of the patients approved in neighboring Arkansas to ask for their cards now, according to Connie Melton, branch chief for health systems, licensing and certification for the Arkansas Department of Health.

“Approved patients have called and requested that their card be made available so that they can take advantage of the Oklahoma visiting patient opportunity, and so pending the outcome of the Marijuana Commission meeting next week and the scoring of the dispensaries, the agency anticipates issuing Arkansas Medical Marijuana Registry ID cards within the next 30 days,” Melton said.

Melton added that the state had planned to issue the cards once dispensaries were preparing to open.