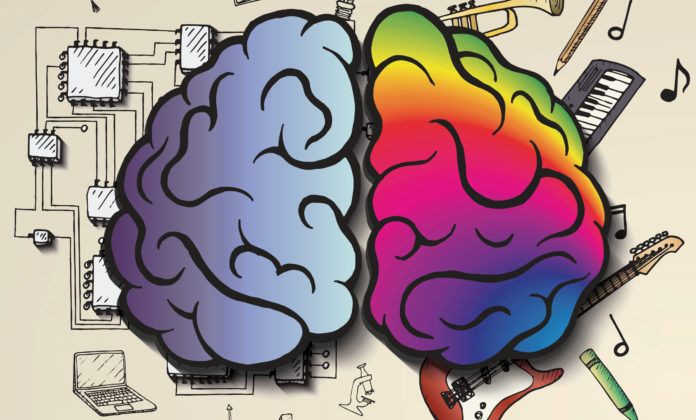 Often times, patients that I am certifying for Medical Cannabis or recommending Cannabidiol (CBD) oil to ask if this may be an option for a family member. Autism is one of those diagnoses I hear a lot of people inquire about however not many feel comfortable pursuing treatment. As a Certified Recommending Cannabis Physician in the state of Florida, I would like to clear the air and educate you on the current evidence that exists.

More physicians are turning to naturopathic therapeutic options to treat their patients. Ninety two percent of seniors have at least one and 77% have at least two chronic diseases. Our bodies ability to maintain homeostasis as we age becomes more challenging especially when pharmaceuticals are added into the mix.  Through precise genetic mechanisms of cell fate determination, many different varieties of excitatory and inhibitory neurons are generated from different kinds of neural stem cells.

The process of making new neurons, neurogenesis can improve learning and memory. As we age, the neural stem cells and their progenitors exhibit reduced proliferation and neuron production, which is thought to contribute to age-related cognitive impairment and reduced plasticity. In the early 1990s, it was discovered that our body produces endocannabinoids that activate our endocannabinoid regulatory systems which are similar in structure to phytocannabinoids from the Cannabis sativa, otherwise known as marijuana. These substances can induce neurogenesis.

Cannabidiol, CBD is one of the cannabinoids in Cannabis with enormous medicinal benefits without the psychoactivity or “high”.  When CBD is taken, it enhances the endocannabinoid system and the body responds by making more CB receptors. CBD is a neuroprotectant, antioxidant and anti-inflammatory that decreases oxidative stress, nitric oxide synthase, lipid peroxidation, free radicals and mitochondrial dysfunction. Examples of neurodegenerative diseases such as Alzheimer’s, Parkinson’s, ALS, MS which may stem from an autoimmune response.

For example, someone with Alzheimer’s dementia or an athlete with a traumatic brain injury may medicate with CBD, a part of the cannabis plant to help focus, decrease anxiety, or normalize sleep patterns. CBD maintains calcium homeostasis and inhibits glutamate therefore decreasing excitotoxicity.    Preclinical animal studies published in the International Journal of Neuropsychopharmacology show CBD promotes brain growth in the hippocampus of mice.  The anxiolytic effect of CBD on chronically stressed mice depends on hippocampal neurogenesis and the involvement of the endocannabinoid system. Scripps Research Institute published, “Cannabis may also slow the progression of dementia.”

THC, the psychoactive component in cannabis should not be feared.  “Delusions, agitation, aggression, irritability, apathy, sleep and caregiver distress, were decreased when THC was added in an attempt to relieve symptoms of dementia in a recent 2016 Israeli study.  Studies conducted at University of Bonn and Hebrew University published in Nature Medicine show THC inhibits the enzyme responsible for aggregation of amyloid plaques, the hallmark of Alzheimer’s Dementia. THC rejuvenates cognitive function in older animal brains.

In the Journal of Neurology, Neurosurgery and Psychiatry in 2013, THC was found to be useful in the treatment of Parkinson’s Disease by assisting in the prevention of damage caused by free radicals. New research from the Center for BrainHealth at the University of Texas at Dallas reveals that levels of THC directly correlates to changes in how the brain utilizes oxygen.  Chronic cannabis users have higher cerebral blood flow and extract more oxygen from blood brain flow than nonusers. Blood flow in the putamen, an area in the brain associated with reward, learning and habit formation was greater in users as well.  Similarly, because cannabis can dilate blood vessels, the mechanism for which its used in glaucoma, it can also develop additional circulatory pathways and is currently being studies in stroke and heart attack patients.

Cannabis is a safe therapy for patients with neurodegenerative diseases, for those who want to enhance their endocannabinoid system (ECS) and promote wellness and anti-aging. This evolutionarily conserved signaling pathway called the ECS has neuroprotective and anti-inflammatory abilities. Given cannabis’ favorable safety profile, with increased research, it has the potential to lead to novel therapies to prevent disease or progression of symptoms by modulating the ECS.

Autism is a brain development disorder that begins within the first few years of life, more common in boys. As a “spectrum,” Autism affects individuals in different degrees. It affects communication and social skills. The CDC estimates that 1.5% of children in the U.S. have been diagnosed and has increased tenfold over the past 40 years.

The etiology of Autism is still unknown however more evidence has evolved recently.  Risk factors may include maternal illness during pregnancy, parents age at conception or difficulties during pregnancy or birth. These factors in conjunction with genetic factors may influence risk. Stanford University researchers concluded that symptoms of Autism may be caused by a gene mutation that blocks the body’s natural production of endocannabinoids and interferes with the way the cannabinoids communicate. In addition, Autism related mutations in mice resulted in deficits in endocannabinoid signaling. This study published in the journal Neuron in 2013 concluded that “alterations in endocannabinoid signaling may contribute to autism.”

It has been proposed that Autism may actually be a deficiency of one’s endocannabinoids or the body’s form of Phytocannabinoids like THC and CBD.  In this sense, one would have to supplement with a dose of cannabis to combat this deficiency and maintain homeostasis. A study in the Journal of Autism and Developmental Disorders in 2013 revealed a link between the immune cells in children with Autism and the Endocannabinoid System (ECS). CB2 receptors are increased in times of inflammation or changes in immune function. Immune dysfunction is related to Autism therefore the use of cannabinoids that target the CB2 receptor might help symptoms.

While we are discussing Autism, a common pediatric disorder I wanted to touch on the effects of cannabis and CBD on Attention Deficit Hyperactivity Disorder (ADHD).  It is important to break the stigma that cannabis interrupts focus and concentration. It has been shown in a small clinical trial that 100% of people studies with ADHD who tried CBD therapy had a reduction in impulsivity, improved concentration and better sleep. The mechanism is most likely its effects on dopamine which may be deficient in the brains of patients with ADHD.

To clarify, CBD, the non-psychoactive part of Cannabis has been most heavily studied in the pediatric population. The cerebral cortex is the part of the brain needed for higher functions like risk assessment and abstract reasoning and it develops until the early twenties. During our childhood, our brains develop most of the neural connections and in our teens these pathways are reinforced. The human brain also has gyrations are folds that increase surface area and are related to IQ. High levels of THC use has been shown through fMRI to decrease white and grey matter that the brain develops and increases cortical thickness. This can be helpful in patients with Autism which may be caused by hypergyration. Pure THC has been given to children in studies conducted in Israel for example for nausea and committing is cancer patients with no adverse effects.

There are few approved medical treatments for autism and many pharmaceuticals have a multitude of side effects. According to the Autism Research Institute, some of the symptoms that cannabis has improved included “anxiety, generalized rage, tantrums, property destruction, and self-injurious behavior.”

So, all parents must ask themselves is using cannabis worth the risk. There currently is not enough substantial evidence for some physicians to feel comfortable recommending cannabis to the pediatric population for conditions like autism unlike disorders such as epilepsy which has sufficient research. Many studies have not been replicated and there are no studies that show Cannabis produces irreparable harm. Dosing is important especially in this population and must be done with a Cannabis educated Physician. However, in my opinion, once a patient has tried and failed other conventional methods and the condition is affecting the individual and/or the family’s overall quality of life I would believe using a natural herbal medicine would be a viable option. The benefit/risk ratio seems so benign compared with so many other pharmaceuticals.

Again, I will reinforce that Medical Cannabis and CBD should no longer be a schedule 1 drug so that Physicians and Scientists are able to conduct double blind placebo controlled human clinical trials.  A lot of the research is retrospective, conducted on animals or anecdotal however, this should not be dismissed.