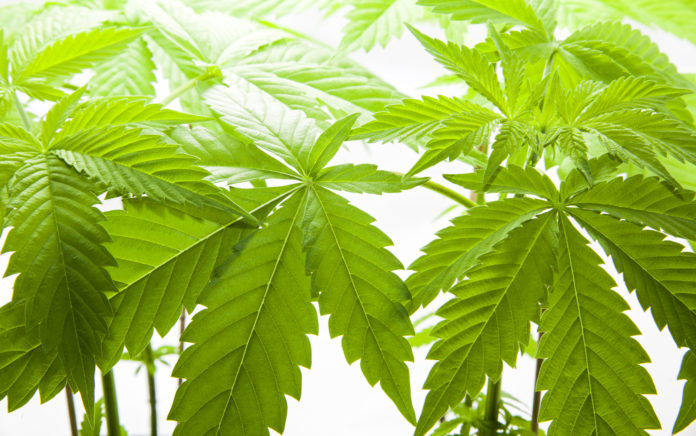 Cannabis IS Medicine…that’s where this article MUST begin. Medical Cannabis Providers both protest loudly when the Prohibitionist outcry includes “we need to prove what this “NEW MEDICINE” can do”. We all know that the Cannabis plant is ANCIENT medicine at its best, from the earth itself. Throughout every ancient society, the Shamans or medicine men were the most respected members of every tribe for their knowledge of plants as nature’s healers. It was the OIL BASED NATURE of cannabis that removed it from the “Black Bag” of western medicine. It was FINANCIAL, period, for as the 1900’s dawned, the hypodermic needle (water-based meds only!) became the new delivery method, the new CASH COW for what was already a corrupt pharma world.

The miracle on earth that was the Cannabis Plant was sent to the wasteland of Prohibition. It took about 40 more years to fully outlaw cannabis, and the Doctors of the time actually staged a nationwide “strike” for a few days when it actually happened. Most everyone knows the story of “Reefer Madness” and how post Alcohol Prohibition leaders and government officials exploited cannabis for their needs. Richard Nixon further ignored DOCTOR Schaeffer and his Commission’s recommendation to NOT EVEN PLACE cannabis on the schedule, and instead for his political reasons insisted it be placed into Schedule 1; perhaps the GREATEST disaster in medical history. No research value?!; similar social consequences to LSD, Heroine, and Methamphetamine!?; NO WAY! We all are aware of the obvious disasters from this failed policy, the insistence of treating cannabis strictly as a drug of ABUSE, and not as a substance to be utilized for the BENEFITS of society and healthcare. It is the COMPLETE lack of American RESEARCH that is the more hidden tragedy to this horrible corruption. Over 100 years of lost science can not be recovered, and Doctors like myself, and many others, are not willing to wait while patients suffer and die. The safety of cannabis has been established from it’s historical use, we MUST work to DESCHEDULE ASAP to establish further effectiveness and protocols.

We thank Israeli researcher Dr Raphael Mechoulum for his discovery of the ECS, the ENDOCANNABINOID SYSTEM. Literally now regarded as the 13th organ system in the human body, it may be the MOST IMPORTANT, as it essentially is the “HOMEOSTATIC MODULATOR” of ALL of the systems. The science continues to develop, and it is fascinating both in what we are learning and what we clearly still do not know. This once again points to the complete lack of American research. Fortunately, other countries have not had similar restrictions, and work is being done. Florida arrives to this historical battle for Cannabis as Medicine at a CRITICAL point, and the program has been somewhat unique in implementation. In contrast to the earlier programs where “flower products” were initially introduced, Florida Doctors were charged with introducing PROCESSED MEDICAL CANNABIS as MEDICINE to Florida. At the time that I started my cannabis practice, I had no idea how important this timeframe progression “from adult use marijuana to truly useful MEDICINAL CANNABIS” would become to both myself and my patients.

My ER training, plus the ensuing 32 years in busy American Emergency Departments, had armed me with a keen knowledge of the LACK of social impact from cannabis in society. Alcohol of course has always been THE major player, along with opioids which kill daily as the more recent destroyer of lives. Methamphetamine, cocaine, LSD, and mushrooms have also been constant actors in the drug war. Cannabis use was everywhere, I being a “child of the 60’s” as well, but it had only been law enforcement and job related consequences of “weed” use that I had seen in my personal life or career in the ER. I had never lost a friend, partner or patient to a MEDICAL issue from cannabis. Meanwhile the others continued to physically destroy lives daily. Point is, my early passion towards Medical Cannabis was based on the reversal of this social injustice, and I still fight for expungement and the reversal of social consequences and inequality as a part of my mission. However, it’s been the DISCOVERY of cannabis as the TRUE MEDICINE that it is that now drives me forward with even more gusto! As I had mentioned earlier, it’s been a unique time, and Florida is a UNIQUE STATE, to have become a Medical Cannabis provider. For those of use who practice here in the Sunshine State, sometimes it’s been pretty darn stormy! Governor Scott was always opposed to cannabis in all forms, and he had a Legislature that agreed with him. Only by the will of the citizens of Florida, those 71.3% of the voters that approved Medical Cannabis, do we have it now. Governor DeSantis has been more open, but we still have very negative leadership in the Legislative bodies. In the recent Legislative Committee season, we witnessed a procession of Prohibitionist speakers from Law Enforcement, Drug Testing, and Medicine itself. MOST DISTURBING, however, was the focus on the implications of “impending, oncoming Legal Adult Responsible Use”, and the harms and danger that this will bring to Florida. MISSING HOWEVER, was the needed focus on what still needs to be done to FIX and IMPROVE Florida’s Medical Program. THIS IS WRONG ON MANY LEVELS!

We have a most unique opportunity in Florida to LEAD the way in a manner that other states have not. Doctors in Florida began our practice in this era of CANNABIS as MEDICINE. We now have the limited research from other countries, that has completely debunked the idiotic Schedule 1 designation that doctors in the USA still must operate under. It’s a tough landscape; some call myself and my fellow CannaDocs courageous for even navigating it, but morally it’s the ONLY thing that I and others can do. I look at it from a different viewpoint, as one of the few who has the ability to promote massive changes in how we view this unique plant as medicine. We have seen other states LOSE the quality of their Medical Cannabis program as they have progressed towards cannabis reform. We can’t allow that to happen in Florida, we know too much now to allow that happen, and Florida can be the MODEL medical cannabis program in the country. We now understand that it’s not about the THC alone, but the combination of all the cannabinoids, or what is called the entourage effect. We now have the ability to better administer the medication not only by inhalation but also by topicals, tinctures, edibles and even suppositories. This ability, plus CONTROLLING the ratio of THC in combination with the other cannabinoids in the plant are what makes the “pot, weed, grass, etc.” of yesterday, the medicine of today. There are terpenes, flavonoids and other chemicals in the plant that we are still discovering their medicinal effects. The point is, we need to focus on the medical program, and use what we learn from our medical program to aid in the implementation of Adult Use in Florida. We have experts here, just ask us, we are ready to appear in front of any panel or forum. The focus now should be on the critical issues in the Medical program, they are easy to identify. Job protections for Florida’s card holders should lead the way, joined by reciprocity for out of State card holders, and ease of Veterans access. We need added qualifying conditions such as opioid use disorder and many others. In hospital use, nursing home and assisted living access need to be discussed. Edibles and appropriate testing standards have not yet been accomplished. I could add many more, but the point is, I had a HUGE learning curve in order to become the best Medical cannabis provider that I can be. The patients of the state of Florida deserve the same vigorous approach at the state leadership level. The Medical Cannabis provider and advocate community are ready to help, and we have the experience to lead the way. We have grown up in the modern era of Medical Cannabis, we surely can’t go backwards to the days of misinformation and misunderstanding, the patients can’t wait!

Do It Yourself Security Landscaping