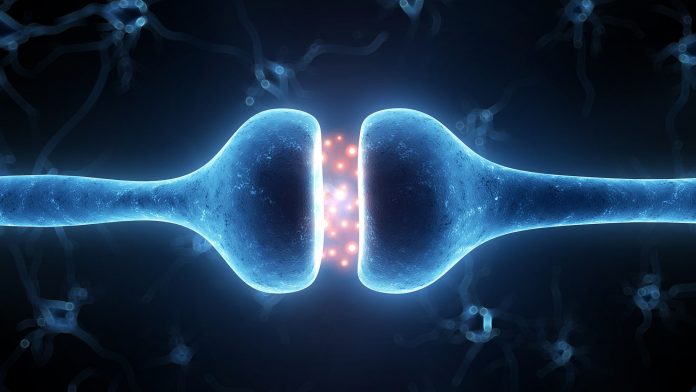 The theory of Clinical Endocannabinoid Deficiency (CED) is based on the concept that many brain disorders are associated with neurotransmitter deficiencies, affecting acetylcholine in Alzheimer’s disease, dopamine in parkinsonian syndromes, serotonin and norepinephrine in depression, and that a comparable deficiency in endocannabinoid levels might manifest similarly. The greatest evidence for CED is present for migraine, fibromyalgia (FM), and irritable bowel syndrome (IBS). All are diagnoses of exclusion that manifest hyperalgesia.  Clinically, diagnosis is based on subjective criteria that all lack objective laboratory or pathological findings. Comorbidity is well known in the three diagnoses. Primary headaches co-occurred in 97% of 201 fibromyalgia patients, 35.6% of 101 chronic daily headache subjects also fit clinical criteria of fibromyalgia, and 31.6% of IBS subjects were also diagnosable with fibromyalgia, while 32% of fibromyalgia patients also fit for IBS.

All humans possess an underlying endocannabinoid tone that reflects levels of anandamide (AEA) and 2-arachidonoylglycerol (2-AG), our naturally occurring cannabinoids, the enzymes (FAAAH and MAGL) that break them down and our cannabinoid receptors. If our endocannabinoid function were decreased or endogenous cannabinoid levels were deficient, our pain threshold, ability to digest, our mood, and sleep pattern would be affected. This tone is influenced by our genetics and our internal terrain, trauma, stress level, pharmaceutical use, nutrition, exercise etc.

The migraine symptoms of photophobia (sensitivity to light) and phonophobia (sensitivity to sound) suggest an overactive sensation, or a homeostatic imbalance of the Endocannabinoid System (ECS). Cannabis may help decrease migraine pain by increasing anandamide in the periaqueductal gray matter in the brain which is a migraine generator. Increased pain sensitivity when Cannabinoid receptors (CB) are pharmacologically blocked also suggests having a healthy balanced ECS is key to preventing intense and frequent pain such as with migraines. When cerebrospinal fluid (CSF) AEA levels in 15 chronic migraineurs versus 20 controls were assessed there was a statistically significant difference in levels suggesting an endocannabinoid deficiency.

One strategy to treat CED conditions includes small doses of a weak partial CB agonist such as THC to jump start the ECS acting as a homeostatic regulator verse a synthetic full agonist. Alternatively, FAAH inhibitors as well as CBD can also raise AEA levels.

Herbal cannabis was utilized in 28 fibromyalgia patients in comparison with an equal number of matched control patients. Two hours after cannabis use, there was a statistically significant reduction of pain and stiffness, enhancement of relaxation, and an increase in somnolence and feeling of well-being. The mental health component summary score of the Short Form (36) Health Survey (SF-36) was significantly higher in cannabis users than in nonusers.

Fibromyalgia, a chronic pain disorder affecting more than 10 million Americans is now conceived as a central sensitization state with secondary hyperalgesia. Central sensitization refers to a process where the central nervous system (CNS) actually gets into a wind-up state where its persistently stimulated at a higher level than normal causing an enhancement of pain sensitivity. For ex, a person with FM might feel significant pain from just mild touch because the pain receptors have become hypersensitized. These changes include increased glutaminergic signaling which is the target of ketamine’s action as an N-methyl-D-aspartate (NMDA) receptor blocker. By blocking glutamate reuptake and increasing it in the synapse, ketamine resets the hyperalgesia hyper excitatory pathway that has been stuck in this ‘on’ position.

Ketamine is a legal dissociative anesthetic used tor acute pain management but in higher doses has the ability to alter levels of consciousness. I have been using ketamine in my practice for chronic pain, depression, PTSD and migraines. It is an antiinflammatory and has been shown to reduce levels of tumor necrosis factor-alpha. Ketamine is an AMPA receptor stimulator. AMPA stimulation is necessary for increasing brain derived neurotrophic factor (BDNF) which in turn stimulates the formation of new receptors and synapses. It also dampens the fear response in the amygdala. This process is critical for making connections between neurons and is often compromised among those suffering from PTSD, depression, and mood disorders. When used in session with a trained therapist, ketamine is the catalyst for the psychosocial spiritual component of fibromyalgia. The goal is to turn off the signal and reset the nervous system which can be done by identifying the inciting trauma as in PTSD and potentially in FM.

Migraine, fibromyalgia, IBS and related conditions display common clinical, biochemical and pathophysiological patterns that suggest an underlying clinical endocannabinoid deficiency that may be suitably treated with cannabinoid medicine. FM is also characterized by central sensitization which cannabinoids along with ketamine assisted psychotherapy and proper integration may be a viable treatment. Hopefully, with well trained therapists who value the importance of integration, we can use a psychedelic medication like ketamine to not only decrease pain, improve mood but also understand how to optimize our ECS.

Dr. Michelle Weiner, is an Interventional Pain Management Physician board certified in Physical Medicine and Rehabilitation. She completed her residency and fellowship training at the University of Miami. Her specialty is focused on prevention, treatment, reversal of health deterioration, increasing function and managing pain. Dr. Weiner focuses on diagnosing and treating spine and musculoskeletal pain as well as chronic migraines at the Spine and Wellness Centers of America