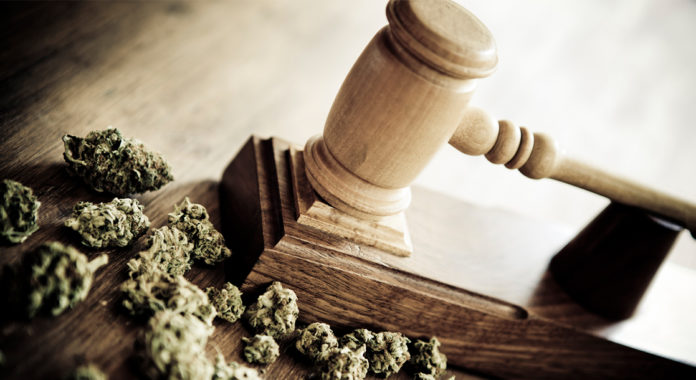 For the better part of the last decade, cannabis reform legislation has taken hold as one of America’s most popular political stances, spanning both sides of the aisle and nearly all demographics. But when it comes to the nuts and bolts of medical and adult-use legalization, politicians have largely ignored pot’s long cultural history, instead favoring a bone-dry approach to the giggle weed. Congressman Earl Blumenauer is not one of those politicians.

According Forbes reporter Tom Angell, Blumenauer, a 22-year veteran of the House of Representatives, has officially reserved the title “H.R. 420” for legislation that would, if passed, remove cannabis from its federal narcotics scheduling and facilitate the plant’s legal production and sale.

During his tenure representing one of America’s first bastion’s of full-scale legalization, Blumenauer has repeatedly stood up for cannabis reform initiatives, supporting everything from protections for state-legal cannabusinesses, federal loans for cannabis businesses, and even medical marijuana in professional sports. With H.R. 420, also known as the Regulate Marijuana Like Alcohol Act, Blumenauer will continue his green-hued advocacy in Washington, but this time with a wink and a nod to stoners across the country.

“While the bill number may be a bit tongue-in-cheek, the issue is very serious. Our federal marijuana laws are outdated, out of touch, and have negatively impacted countless lives,” Blumenauer said in a press release. “Congress cannot continue to be out of touch with a movement that a growing majority of Americans support. It’s time to end this senseless prohibition.”

Hopefully, if Blumenauer’s bill picks up enough steam before spring, we can convince the Oregon Congressman to spark up with us at this year’s annual April celebration. It’s about time one of our Representatives gets lit on camera. 420 blaze it, Earl!