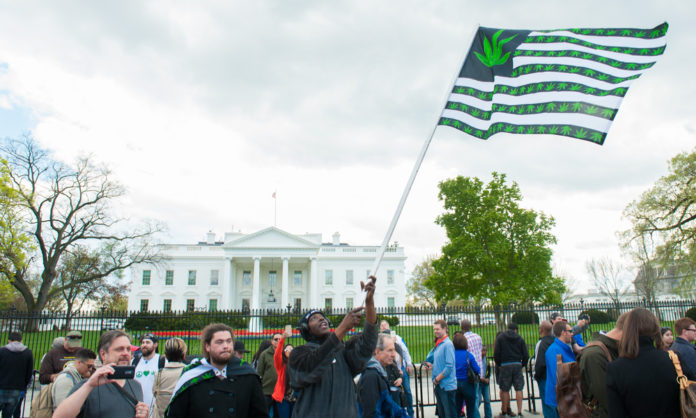 It has been nearly five years since residents of Washington, D.C., voted on Initiative 71, effectively legalizing low-level cannabis possession and home growing of the plant. However, recreational sales remain stunted in the nation’s capital.

The core part of the problem? D.C. was prohibited from using local tax dollars to establish a tax-and-regulate scheme by Congress. Under Republican control, the legislative body attached a provision in federal budgets each year since 2014 that’s left D.C. in limbo when it comes to recreational marijuana sales.

One D.C. lawmaker, however, is determined to change that. With Democrats now in the majority in the House of Representatives, where the rider on federal budgets originates, D.C. At-Large Councilmember David Grosso sees an opportunity to get the District out of this limbo once and for all.

“This status quo has led to a confusing and problematic state of affairs with residents and businesses unclear on what is legal, what is not, and wondering how it can be that it is legal to possess marijuana but not to buy or sell it,” Grosso, who is an Independent, said in a press release. “We need to fix this. The new reality on Capitol Hill means that chances of D.C. legalizing marijuana sales are greater than ever.”

Grosso credits the passage of Initiative 71 with keeping District residents away from “needless involvement in the judicial system.”

“Since D.C. voters approved Initiative 71 to decriminalize recreational cannabis, we have seen marijuana-related arrests plummet, representing thousands of District residents who were spared needless involvement in the judicial system,” Grosso said. “The logical next step, to continue to reduce arrests and to bring marijuana totally out of the shadows, is to set up a strong tax and regulatory system.”

Grosso introduced a form of his cannabis sales legislation in every council period since 2013. In the latest version of the Marijuana Legalization and Regulation Act, he included new provisions aimed at rectifying the wrongs of the failed War on Drugs.

“The War on Drugs was a failure — it was increasing our mass incarceration problem and not helping with our drug dependency problem,” he said. “Further, the data also has consistently shown that the War on Drugs has been racist in its implementation. It’s a racial justice issue. It’s not enough that we change these policies, we also have to proactively heal the communities most negatively impacted.”

At-Large Councilmembers Anita Bonds and Robert White, and Ward 1 Councilmember Brianne Nadeau, signed on as co-introducers of the legislation.