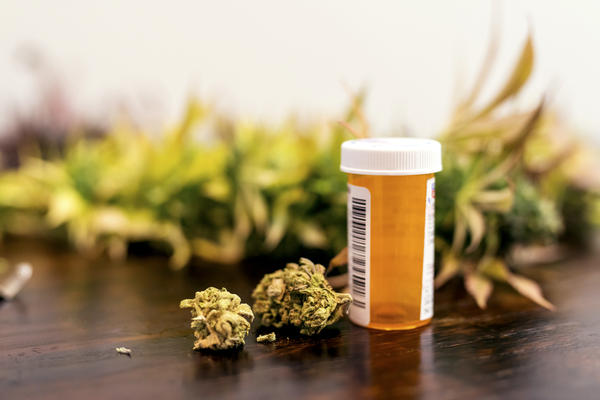 In what could be another delay for Florida’s burgeoning medical-marijuana industry, a Tallahassee judge agreed Wednesday to block state health officials from moving forward with the application process for highly sought-after medical marijuana licenses.

In August, Dodson ruled that a cap on the number of medical marijuana operators included in the law “directly contradicts” the amendment, which was overwhelmingly approved by voters in 2016.

Dodson also decided that the 2017 law is unconstitutional because it requires marijuana operators licensed by the state to cultivate, process, and dispense medical marijuana — something known as “vertical integration” — as opposed to breaking the activities into separate parts for licensure.

And the judge ruled that the state improperly restricted who could get licenses. The law ordered health officials to grant licenses to operators who were already up and running in Florida or who were involved in litigation as of Jan. 1, 2017. The law also required a license for a black farmer who meets certain conditions and set aside a preference for applicants with certain ties to the citrus industry.

The citrus and black-farmer provisions amounted to what is known as a “special” law, Dodson ruled in August. The judge found the 2017 law restricts rights granted under the Constitution and that plaintiff Florigrown LLC “has a substantial likelihood of success” in its claim that the law conflicts with the amendment.

Despite multiple findings in his August decision that the statute is unconstitutional, Dodson waited until Wednesday to issue the temporary injunction sought by Florigrown, a company that was turned down for a license. Florigrown is partly owned by Tampa strip-club operator Joe Redner, who recently won another ruling against state health officials in a case in which he is seeking to grow his own marijuana to “juice,” something the 77-year-old’s doctors recommend to prevent a recurrence of lung cancer. The state has appealed the ruling in the earlier case.

“Another two months has passed, and I do believe now we’re at the point where Florigrown will suffer irreparable harm absent the entry of a temporary injunction and that, given the public interest that can’t be more clearly stated than the public stated in the medical marijuana amendment, that allowing this process and procedures going through by the department is not in the public interest,” Dodson said Wednesday.

“It’s quite candidly shocking that the court would issue an order and it would be so robustly ignored by the Department of Health after there was a clear indication that they needed to do something,” he said.

But Dodson appeared to sympathize with the predicament of state health officials, saying they were in an “unusual situation” trying to follow an unconstitutional statute.

In a video recording of an August rules hearing played by Florigrown’s lawyers Wednesday, state Office of Medical Marijuana Use Director Courtney Coppola said she was “following the law” by moving forward with the application process for four new licenses.

“What Miss Coppola was saying was, we’re following the statute, which is what agencies normally are required to do, but the statute is just unconstitutional,” the judge said. “I’m sure the Legislature was trying its best to comply with the Constitution, but they just didn’t do that in this circumstance.”

Dodson said he would issue a written order granting the temporary injunction by Friday and set a Nov. 16 hearing to consider summary judgment in the case. Health officials said they will review Dodson’s order when it is issued.

But Dodson’s ruling “blocks the Florida Department of Health from proceeding forward with the application process for additional medical marijuana treatment center licenses, over the 14 that have already been issued,” Ari Gerstin, a lawyer who represents Florigrown and who participated in Wednesday’s hearing by telephone, told The News Service of Florida.

The process of accepting new license applications is already delayed because of a rule challenge. The health agency is also fending off at least six administrative challenges filed by would-be operators who’ve been turned down for licenses.

After the hearing, Lirot accused state officials of “doing everything they can to deter access to an important medication.”

“I mean, what they’re doing is based to me more on restriction and avarice than it is on compassion, which is what this is all about,” he told The News Service of Florida. Redner was even more blunt. “They’re like petulant children. They just refuse to do the right thing,” he said.