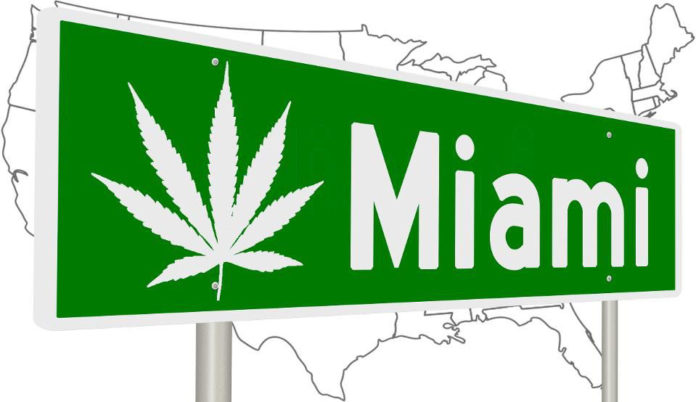 Last year, attorney John Morgan sued the state of Florida, arguing that banning the smoking of dried cannabis flower for medical purposes is unconstitutional. A judge ruled in his favor to allow for flower sales in Florida. Directly afterward, then-Governor Rick Scott filed an appeal, which prevented flower sales from moving forward until the appeal was resolved in court.

However, the new governor, Ron DeSantis, who took control on January 8, is expected to announce this afternoon that his administration has decided to drop his predecessor’s appeal, which will allow for medical marijuana flower sales by licensed dispensaries in Florida.

After legislation initially failed in 2014, Florida voters approved the Florida Medical Marijuana Legalization Initiative on November 8, 2016. Known as Amendment 2, the law authorizes the use of medical marijuana by Floridians with debilitating illnesses.

The law required a super-majority vote of at least 60% to pass, and 71% voted yes. However, lawmakers limited its scope by allowing only oils, sprays, tinctures, edibles and vaping. The vape pods are dispensed in tamper-resistant receptacles.

Smoking cannabis was deliberately excluded as a valid form of medical marijuana consumption because lawmakers expressed concerns that it would pave a slippery slope to allowing recreational use.

“‘Inhalation is a medically effective and efficient way to deliver Tetrahydrocannabinol [THC], and other cannabinoids, to the bloodstream,’ wrote Morgan and his lead lawyer, Jon Mills, a constitutional lawyer and former Democratic House speaker, on behalf of Florida for Care Inc., the non-profit formed to promote the initiative,” the Miami Herald reported.

When Florida legalized medical cannabis, one of the most highly debated regulations was Florida’s ban on flower sales. Sources close to the previous administration of Governor Rick Scott implied that Florida decided not to allow for smokeable medical cannabis as an approved method of consumption because of the adverse health implications often associated with smoking cannabis and the social stigma associated with “stoners.”

There is a commonly held belief by conservatives that marijuana can be viewed as medicinal only when consumed similarly to other medical products such as tinctures, gel caps and topicals. Along that same line of reasoning, smokeable cannabis cannot or should not be considered a pharmaceutical-grade product.

As reported by Mary Ellen Klas in the Miami Herald, “Orlando-based trial lawyer John Morgan, who spearheaded and financed the successful campaign to make medical access to cannabis a constitutional right, filed the lawsuit in Leon County Circuit Court, asking the court to declare the law implementing the 2016 constitutional amendment unenforceable. Morgan argues that Florida legislators violated voters’ intent when they prohibited smoking for the medical use of marijuana.”

In 2017, Florida attorney John Morgan sued the state of Florida for banning the smoking of medical marijuana, calling it unconstitutional. “By redefining the constitutionally defined term ‘medical use’ to exclude smoking, the Legislature substitutes its medical judgment for that of ‘a licensed Florida physician’ and is in direct conflict with the specifically articulated Constitutional process,” the lawsuit states, according to the Miami Herald.

In May 2018, Florida Judge Karen Gievers ruled in favor of Morgan, saying Floridians had a right to use the medical marijuana treatment recommended by their physicians, including smokable marijuana in private places. The same day of the ruling, the Florida Department of Health filed an appeal in federal court in Tallahassee, saying the verdict goes against the intent of the Florida Legislature, which called it a health risk. This appeal prohibited the smoking of flower ruling from moving forward until the suit settles, meaning that no marijuana flower can be sold medically in Florida until its resolution, according to Spectrum News 13.

Today, multiple sources close to state regulators have said that the new government administration will be dropping the appeal and will allow for smoking medical marijuana. An announcement of this decision is expected at 2 p.m. Eastern today. The report will likely be met with resounding support from cannabis industry participants, as well as investors, who view Florida as one of the most influential medical markets in the United States.

Patients in Florida will finally be allowed to consume cannabis in whatever format is expressly approved by their physician, including smoking marijuana in private places, as long as it is purchased in a legal, state-licensed dispensary.

Sources close to the regulators say that Florida is a highly coveted market, with its vertical integration and dense population. Therefore, cannabis flower from an investment perspective is set to expand while stocks from companies with holdings in Florida might predictably soar.

Update: If DeSantis drops the appeal immediately, it will allow for the sale of cannabis flower. Immediate access to flower may confuse the marketplace because there are no laws written yet regarding how many buds or grams patients may possess and if other flower products –such as pre-rolled joints or blunts– will be permissible.

In states such as California, a consumer can buy flower and pre-rolls as long as the joints are wrapped in paper which does not contain tobacco. Dispensaries cannot mix cannabis and tobacco paper, therefore selling pre-rolled blunts is still illegal.

These are some of the concerns that DeSantis announced he is giving lawmakers time to establish before dropping the appeal. The Governor does not want to cause legislators to have to scramble to come up with these regulations after quantities of flower are already being sold.

This story was updated to reflect Governor DeSantis’ official announcement.