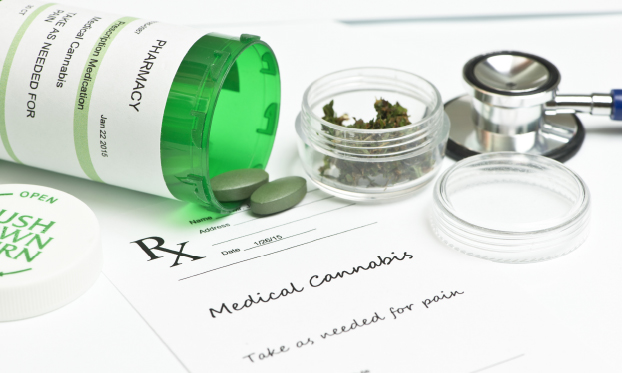 It was only the half-way point for the 2019 Florida legislative session, but the wheel of fortune had been spun and the Florida medical cannabis program was wobbling in and out of control.

No one really knew what to expect when the executive branch changed hands from the prohibitive stance taken by the Rick Scott administration and wild card position of the new governor, Ron deSantis.

During the election, DeSantis was the anti-cannabis candidate, with a non-committal stance on medical use and a steadfast rejection of Responsible Adult Use.  His deferring stance on the 2 issues earned him a “C” rating from NORML on their governors’ grades list. It was a major upgrade from the “F” given to Rick Scott, who asked for appeals on every lawsuit won that increased licenses or allowed Home Grow and Smoking.

But things looked rosier in January, when the new Governor had a press conference with Cong. Matt Gaetz and Amendment 2 financier John Morgan and stated that he would withdraw those appeals and stop the pushback on the Medical Cannabis program. The first to go would be the smoking ban and set up a March 15 deadline for the legislature to create and pass a bill to legislate smokable cannabis, or he would pull the appeal and let the court solve the issue.

The legislature took to the task and Sen. Jeff Brandes, along with Rep. Ray Rodrigues worked to have SB182, which removed the ban and set up rules in place for doctor recommendations and sales. The rules were very restrictive, but the bill passed by March 15, was signed by the Governor on the 18th, and within a week, variances to sell flower from the MMTC’s were being approved and whole flower hit the shelves in sealed jars instead of ground flower in sealed ceramic cartridges for vaping.

There were more bills that were proposed, covering everything from banking to tourist reciprocity, but they were put aside to get the smoking bill passed as the first signed legislation of the session. In the meantime, once all the subcommittees had met, with none of the cannabis bills other than hemp bills having been put on an agenda, those bills died for the 2019 session.

However, we were told that the Health and Human Services committee was going to put together a Proposed Committee bill that would be centered on licensing and could be a platform for the other bills to get a second chance as amendments to that bill.

But that was not how it all turned out.

Once the smoking bill was signed into law, doctors across the state started giving out smoking recommendations and stores started filling them. The House committee on Health and Human relations set out to break what had just been fixed. The same folks who wrote the bill that the 2nd district court deemed unconstitutional because it set restrictions not specified in the amendment, did it again.

This time, they did it in the form of a bill that, at it’s core, set a THC cap at 10% for all smokable flower sold. It also set an edibles cap at 200mgTHC/day and set up a rule that would prevent any person under the age of 18 from getting anything higher than .03% THC, and all recommendations for minors required a second doctor to sign off that was a certified pediatrician.

The basis for the THC cap was an article in Lancet that was based on an observational study of 900 individuals in Europe that had a first incidence of psychosis and 1 in 5 had used THC in the last year. For the educated in reviewing studies like this one, it did not rise to the level of proving causation. The article even admitted that fact and noted that it could not even prove how THC may have possibly caused those psychosis. There were several other problems, including the fact that the ailments noted were differing types of psychosis, all lumped together like they were a homogenous group, which they weren’t.

During discussion and debate on the bill, Rep. Rodrigues even brought up laws in Amsterdam, a country which has a far broader drug policy than any city in the country and had legalized Adult Use for anyone, including tourists. But those fine points were lost on the committee. They also did not take heed over things that were brought up in testimony, including the fact that decreasing THC levels would force patients requiring higher THC intake to inhale  much more burnt hydrocarbons as smoke(the original objection for allowing smoking), and double to triple the price when they had to buy a higher quantity at the same price/gram.

More many patients, this bill will most likely force them to purchase their medicine on the black market to get the proper THC level and reduce the cost, putting them at risk with untested product from a spurious source. It would also reduce the amount of product sold by the MMTC.s reducing the license valuation as it reduces sales of flower, which was slated to be almost 45% of all sales.

This is a lose-lose-lose for patients and MMJ medical clinics, as well as the MMTC’s, who would have to destroy current stock of whole flower and force them to find a way to produce flower with a THC level of less than 10%, which is difficult in a plant which is subject to genetic drift based on climate and other factors. GMO’s may have to be developed.

But it will be a big boon for the Black Market, allowing them to sell more on the street, and recommend other drugs they may want to sell, as well, including opioids.

The bill was slated to head to the Appropriations committee as HR7117, and, if not amended to remove the cap, would break the program they had just fixed and fly in the face of the new governor’s mandate, and once again, the will of the voters.

The bill went to the appropriations committee with Three amendments. The first, from chair Rodrigues, gave the OMMU $350K in non-recurring funds to implement the act. The other two, from Rep. Carlos Guillermo Smith, failed to be adopted. One would have allowed opioid addiction to be a qualifying condition. The other would have dropped the 10% THC cap. There was very compassionate testimony on behalf of both amendments, but the amendments failed on a voice vote. No hand or head vote was called, and the billed was moved to the House floor on a vote along party lines of 19 yeas, 7 nays. On April 12, the bill headed to the house floor, still awaiting a senate companion.

It may be waiting a very long time. With only 2 weeks left of session and the budget still left to knock out and many bill still on the calendar, the senate indicated they were not interested in working on that companion bill, which would be unpopular at best.

There was on path considered. A “T21” bill or Tobacco-21 Bill, which raised the legal age to purchase tobacco, had added a piece (in the house version, HB7119) that increased the age for a “smoking” medical cannabis recommendation to 21. The senate version (SB1618) didn’t have that addition, but it could have been amended to match and then the house version merged with 7117. But, as of this writing, the word from the senate was that the senate didn’t have the enthusiasm to go out of their way to move toward moving in that direction. In part, because the governor had already noted that he did not like the cap and would consider putting a veto on the bill if it got to his desk.

So the house bill, 7117, may well sit on the table in the house until the end of session and die there, along with the rest of the cannabis bills that were filed this session that never got a hearing, including the banking bill, decriminalization, legalization, patient protection, employee protection, tourist reciprocity, free medical cards for vets, school use, license reforms(breaking the vertical integrations) and retail units. Those were all things that were supposed to be attached to the “Pot luck bill” that never arrived, replaced by the THC cap bill.

The hemp bills DID move forward, in various forms, including the bill to allow extract sales, the one to reschedule hemp extract for epidiolex, and the one to let the Department of Agriculture write the rules for the new hemp industry. In addition, Department of Health and the Department of Business and Professional Regulation, SB1020 helped administer the state hemp program. The rules included sampling and testing measures and nonrefundable fees for administering the program.

It wasn’t everything we wanted. Not even close. But any step forward without one back is a good day in Florida.