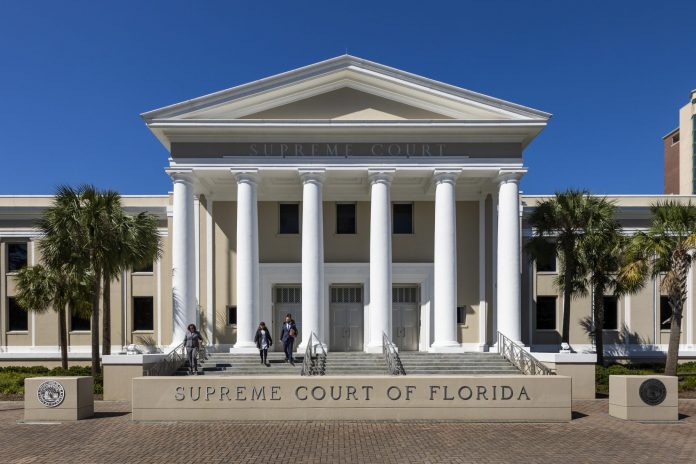 In the years prior to Amendment 2, the ballot initiative that began the medical cannabis program in Florida, we had a program for low-THC products only. created by SB1030, often called the Compassionate Cannabis Act and the “Charlotte’s Web bill” Only five licenses were awarded, through an application process that had legal challenges adjudicated by an Administrative Judge.

It is like a cookie company that must grow its own wheat to ground into flour to make them and even has to have a kiosk in every grocery store to sell them. Or a Tylenol store that only sold Tylenol and made them and packaged in the back of the store.

Legislators claimed the concept of a vertically integrated store was to be able to, “pull up the bad companies from the ground, roots and all

It was a system that was very exclusive. It excluded minorities, because few have nurseries 30 years old, it excluded small business from being created, and excluded nurseries who could not come up with the capital for the bond, application fee of $60k, and startup costs to convert or expand their farms to state specifications. “Since there was only one “dispensing agency” in each of five sections of the state, they essentially created an oligopoly for a low-THC product with too few qualified patients for those stores to be sustainable after the initial costs.

Then, the following year they added terminal patients to the roster of qualified patients, which included seizure and cancer patients.

After its first try and loss in 2014, the second Amendment 2 won by 71% of the vote in 2016. The new Constitutional amendment changed nearly everything. High THC chemovars could be grown. There were now 10 qualifying ailments, and a potential for 550K patients as customers. It was to start taking effect on January 3, 2017 and the Department of Health had six months to write the new rules with the constitutional authority given to them and start giving out new licenses by October 3rd, nine months after the effective date of the new amendment.

Joe Redner and his partners Adam Elend and Jeff Marks, having read the new amendment and in full understanding of the intent of the ballot initiative, opted to file an application on January 17 to register their new MMTC, called Florigrown, with the intent to have their application evaluated and approved by the DOH, as it was offered in the amendment .

The DOH denied their request, claiming the application protocol had not yet been established, and they were not going to allow any company to just file an application and expect it to be just registered, without a competitive process. Even though the amendment never mentioned restricting the number of MMTC’s or an exclusion process.

The DOH told Florigrown it could seek relief in circuit court once “the Department promulgated implemented regulations per the Amendment”.

Then the legislature stepped in and created their implementing law. In a positive move, nurseries only had to be in business for 5 years, and the program would allow eight new MMTC’s to get licenses, and more moving forward.

After Bill SB8A, that came out of special session, was passed and signed into law, Joe, Adam and Jeff noticed a disparity between the constitutional amendment and the new statutes. The legislature, in its yearning  to maintain a system with vertically integrated companies, where any non-compliant MMTC could be, “pulled out of the ground complete with the roots” wrote a law that conflicted with the language of the amendment.

Florigrown filed their lawsuit eleven months after they filed their original request for registration That was followed by a motion for temporary injunction five months later when no progress had been made. The DOH stopped working on the constitutional rules as mandated by the amendment and failed to send appropriate rules based on the legislature’s statute to the Joint Administrative Procedures Committee. The JAPC send dozens of letters to the DOH for corrections and clarification, all of which went unanswered for months. The legislature even went so far as to hold back funding to the DOH if they did not obey the statutory authority for rulemaking they mandated and abandon the constitutional authority that the voters intended to be used. Rulemaking was in limbo; conflicts were abundant, and frustration ran high in all parties. After the financial gauntlet had been thrown by legislature, the DOH began numerous workshops to get the statutory rules written and approved.

They won their injunction before Judge Dodson in the 2nd District court. The state appealed his decision, so it went before the First District court of Appeals (DCA), where the court concurred with Florigrown, in part. The State appealed again, so the 1st DCA certified the case to go before the Florida Supreme Court.

The case was set for April 22, but then came COVID, and the pandemic postponed the hearing. So, the case was reset for May 6, to be done completely by video, with all parties in different locations. It was a first for this court. It was one of the most unusual set of Oral Arguments ever heard before the Florida Supreme Court.

Oral Arguments were made on behalf of the governor and DOH, and then by the senior counsel for the House of Representatives, followed by arguments from attorney Katherine Giddings of the Akerman law group on behalf of Florigrown.

She noted that the current system does not fully permit full access to their medicine because the lack of a free market and a constricted number of competitive entities had kept products limited in supply and prices high. She said that the lawsuit contained the affidavits of 20 patients who had been negatively effected by the current medical cannabis program.

When the legislature wrote the law to implement the amendment, they changed that wording. It was changed to say that, “a licensed medical marijuana treatment center shall cultivate, process, transport and dispense marijuana for medical use”

The difference between the use of the conjunctive “and” versus the use of the missive “or” was the basis for the legislature’s law that all MMTCs must have a “vertical integration”. Ms. Giddings noted that the legislature changed the language of the constitutional amendment to mandate vertically integrated companies and giving licenses to a special class of companies.

It only took one day before the Supreme Court spoke out.

They asked for a “supplemental briefing” by both parties. They felt that the petitioner (the DOH and the House) did not address all the issues noted in the brief on the merits written on behalf of Florigrown. They gave the DOH 20 days to write and submit a 20-page brief, and then Florigrown will have 10 days to write theirs.

At issue, was an argument whether Florigrown had a, “substantial likelihood of success on the merits of their challenge to section 381.986(8)(a)1, (a)2.a., and (a)3., Florida Statutes (2017), as a special law granting a privilege to a private corporation, “or that they created a system that gave licenses only to vertically integrated companies, that had actually only applied for low-THC licenses prior to the passing of the Amendment.

The state did not address that issue at all in their arguments, prompting the court to order the supplemental brief.

Since that first cadre of five licenses given out via that flawed process, no application process for MMTC licenses have been opened by the DOH. The other 17 current, licenses had been awarded through litigation, although many have been sold to organizations that never applied to qualify for a license in Florida. That did not stop attorney Joe Jacquot, Gov. Ron DeSantis’ general counsel who represented the Department of Health, from claiming during his arguments that seven licenses were currently available. You just cannot apply for them, so there is no way to be awarded one.

If Florigrown wins, there will be massive changes in the medical program in Florida. The vertical mandate will be removed, allowing “Horizontal” companies to get licenses , so that they could do only one or more of the duties of an MMTC, however, a vertically integrated company could still get individual licenses for all of the tasks and remain vertical, as well.

Adam Elend of Florigrown stated, “The Governor argued that the constitution doesn’t mean what it says, but instead it means whatever the legislature wants it to mean. And they falsely claimed that there are seven licenses available when there are none. We sincerely hope the Court is not swayed by false arguments and political games. In 2016, 71% of voters approved an amendment to establish medical marijuana treatment centers that would make marijuana available for safe use by patients. The legislature ignored the text of that amendment, and instead installed an oligopoly where they could give away a few golden ticket licenses to their buddies who flipped them for $50 million dollars. That’s not right. It’s not constitutional, and it injures patients.”

His partner Jeff Marks added, ““We’re very glad to see the Court take a further interest into the unconstitutional way these licenses were given away to settle lawsuits, to the exclusion of all other potential applicants.  Making matters worse, the Department was not even authorized by the statute to evaluate the qualifications of these entities before registering them and then issuing the coveted license.”

It is not sure how long the Florida Supreme Court justices will deliberate after the briefs have been submitted before they render their opinions and decide if the State or Florigrown wins by majority vote. They often take months, but if they rule in favor of Florigrown, it will be a whole new medical cannabis program in Florida.

Patent Formulations and Where Cannabis Is Going Next