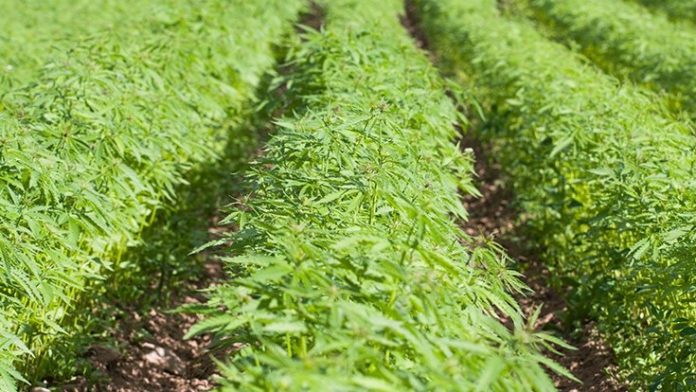 As I sat on the couch preparing to read the 15 FDA warning letters, it struck me that we are at a moment in time that could define an industry. Not since prohibition has a product been both legalized and regulated in this country. The Department of the Treasury took control of alcohol by creating the Federal Alcohol Administration Act in 1935. It does not appear that the Department of the Treasury is ready to take on cannabis, but trying to fit this plant into a current program box seems impossible.

So here I sit, watching the FDA grapple with a plant, one that the USDA has pushed over to it, and kicking and screaming it has begrudgingly begun the hard work of regulation.

The reality is that the FDA and USDA can be the right places for the plant and the by-products of the plant. We need to keep this industry natural. Pharma will try ― and has tried ― to synthesize the cannabinoids unsuccessfully for years. Allowing pharma to create replicable chemicals that mimic the benefits of the natural cannabinoids would not only be bad for consumers, but also bad for the U.S. agriculture industry.

All that being said, having the USDA oversee U.S. farmers and the FDA oversee manufacturers does seem like the future.

Until there is confirmed publicly funded research, making wild claims should be scrutinized. Claims such as liver toxicity and dangerous drug interactions need to be tempered until the research has been done.

Oh wait, those statements were made by the FDA. The current claims made by CBD manufacturers are even more wild. I, more than anyone, can attest to the miracles of medicine this plant has anecdotally shown, but there is a process whereby those claims can be validated. Those processes have been woefully underfunded due to the federal legalization of hemp.

I was supposed to review the road map they left for the industry in the latest shot heard round the country (the 15 warning letters), so here we go …

1. Medical claims will be scrutinized and penalties will get stronger. But more concerning, while most of these letters were instigated due to medical claims, the wording in the warning letter is far greater than a warning on claims.

2. The primary warnings are based on CBD being a drug.

a) With CBD being a drug, claiming CBD is in a bottle is a violation.

b) Animal products containing CBD violate those rules due to CBD being a drug.

3. The FDA is claiming CBD and cannabinoids are not dietary supplements, even in products that are labeled “broad spectrum,” due to CBD being a drug.

The underlying consistent message is CBD IS A DRUG, and cannabinoids are NOT dietary supplements.

There are three fights that could possibly be launched in the industry and four probable paths.

1. Fight the classification of CBD as a drug.  A hard fight because that war will be expensive and the adversary is Goliath.

2. Fight for the rest of the cannabinoids. With over 140 cannabinoids in the plant, isolating each of them and determining what they do can make them all drugs or not.

3. Fight for the entourage of broad and full spectrum being a dietary supplement. Let’s start with defining terms.

a) Broad spectrum ― a product containing all or most of the cannabinoids except THC ―delta 9 and THCa.

b) Full spectrum ― a product containing all or most of the cannabinoids including THC-delta 9 and THCa.

The paths that I see are:

1. Existing manufacturers will push for GRAS and clinical trials.

2. Activists and enthusiasts will kick and scream for one plant and adult use legalization.

3. The industry will consolidate.

4. Hemp will flourish with products not consumed.

For the past five years, the hemp industry has flourished by making statements such as hemp is not marijuana. I think it is time for the message to change. Hemp and marijuana are cannabis. Cannabis is a legal plant grown for the nutritional benefits discovered in 1990 and 1993 respectively for CB1 and CB2 receptors in mammals. CBD is found in dozens of plants and products found GRAS far earlier than 1958.

Research needs to be done on extended use and dosing. However, giving one company the sole ability to use a cannabinoid because they have created a drug using a cannabinoid has to be overturned or modified. There has to be a common message between the medical marijuana community and the CBD community. That message needs to be cobbled together with the players in the industry coming together and making that message a priority.

The future can be as bright as the industry wants it to be, but only if the industry comes together and makes it that way.

Hemp’s roadmap will run past the argument between defining ingestion and inhalation. Hemp will eventually replace 30–50% of oil-based plastics, 20–30% or more of cotton, 30–50% of fiberglass, and 10–20% of particle board and soft wood products. Hemp will become the stable bedding solution, it will disrupt the military textile industry. Hemp will disrupt the battery industry, it will improve water and soil quality, improve global economies and solve problems yet to be discovered.

Living With Chronic Pain And Depression