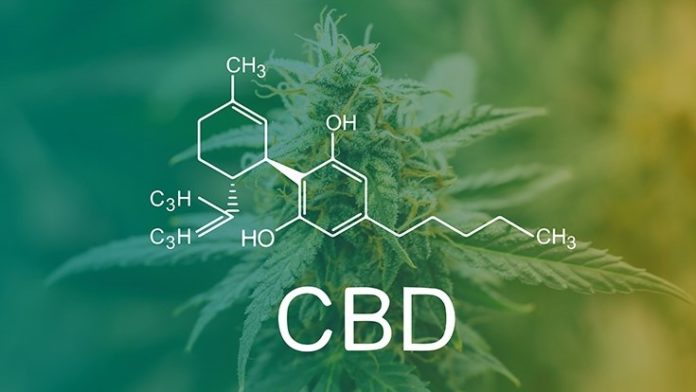 Pirate (not his real name) has been working with cannabis his entire adult life, a trajectory that took him from getting his fingernails dirty at a clandestine outdoor grow in the underground economy to serving patients as part of California’s gray market in medical marijuana, and then on into a job at a state-licensed cannabis dispensary.

So he’s kinda seen it all.

Except now he’s in a whole new field—an Oregon hemp field to be exact—working for a company that grows, markets, and distributes a product you probably haven’t encountered yet. But you may soon, because 2019 is going to be a bumper crop for high-CBD hemp flower.

“It’s mind-blowing,” Pirate tells me. “Some of my mentors from when I was an outdoor grower are now asking for advice on how to set themselves up as CBD hemp farmers.”

But what you probably don’t realize is that you can also buy cannabis flowers (aka “buds”) that test at over 15% CBD but still qualify as hemp because they’re less than 0.3% THC. And those buds are being sold over the internet, with free shipping to (almost) all 50 states.

Sound too good to be true? Just follow one of these links:

Spreading by Word of Mouth

It’s not hard to understand why someone would want to buy this product—it looks, smells, tastes, and smokes like high-THC cannabis, without the high, but with all the health benefits of CBD. Pirate tells me he interacts with hundreds of customers every day, and not surprisingly, CBD-rich hemp flower has been most in demand in states that still prohibit high-THC cannabis.

Growers of THC-rich cannabis in Oregon are sitting on a six-year surplus, which they can’t ship across state lines, even to another state where cannabis is fully legal.

“Everybody knows that cannabis is legal and accessible in certain parts of the country, and yet there’s all kinds of people still disenfranchised from the culture,” he said. “They tell me that they can’t get any weed, or the only weed they can get is terrible, super expensive, or both.”

Pirate says business where he works has been booming from the moment the company put up a website last year. And all by word of mouth.

“This space is barely even regulated, and start-up costs are incredibly low compared to a recreational or medicinal grow,” he said. “Meanwhile, every customer I talk to about their order tells me that they are going to tell every one of their friends.”

Compare that to Oregon’s other legal cannabis market, where growers of THC-rich cannabis are sitting on a six-year surplus, which they absolutely can’t ship across state lines, even to another state where cannabis is fully legal—all while they continue to face all the steep compliance costs and regulatory burdens that come with trafficking in a drug that’s federally illegal.

No wonder so many old-school OG outdoor growers report feeling backed into a corner, where the only viable options are to sell out, drop out, or slide back into the underground. And then they run the numbers on growing high-CBD hemp, and realize the grass is a lot greener on the other side of the fence.

So how did we go from an all-out ban on hemp cultivation in the United States to a seeming free-for-all where you can grow fields of the stuff and ship it all over the country?

We got here little by little, and then all at once—as reported by Leafly in a December 2018 article headlined Hemp Is Finally Legal. Let’s See if It Can Save the World.

The 2014 Farm Bill officially ended hemp prohibition by allowing farmers in a small number of states to grow limited crops for research purposes. This year, just 77,000 acres were planted, but that number will likely skyrocket next year when [thanks to the 2018 Farm Bill] almost all federal impediments to hemp farming fall.

According to the Brightfield Group, a market research firm specializing in CBD, the hemp-derived CBD market is already growing far faster than the legal weed market, and with domestic hemp cultivation now legal, they predict that by 2022 it will be a $22 billion dollar industry.

The legality of CBD commerce remains somewhat murky, but that hasn’t stopped the impending boom of hemp-derived products.

Seth Crawford started Oregon CBD in 2015 with his brother Eric. Between them they have over 30 years of experience as cannabis cultivators and researchers, encompassing everything from small closet grows to advanced breeding programs. They’ve also been pioneers in developing new terpene-rich hemp varieties that produce large amounts of CBD and other cannabinoids, as Seth explains to Leafly:

“We understood very early on that if we were successful in isolating those compounds through traditional breeding techniques, then under the industrial hemp bill we’d be able to make them available to basically everybody in the world. We’d also be able to produce at scale and without canopy restrictions, which is very unlike any of the recreational or medical cannabis regulations.”

And so they began growing out thousands of plants, testing them all for their cannabinoid and terpene content, and keeping meticulous notes.

“You have to sift through many plants before you find the needle in the haystack that you’re looking for, and then you have to have a structured breeding program in place to be able to lock in those traits.”

“You really do have to sift through that many plants before you find the needle in the haystack that you’re looking for, and then you have to have a structured breeding program in place to be able to lock in those traits,” he said. “Right now, industrial hemp is almost entirely devoted to CBD production, but that’s only one of a number of different useful compounds that people will soon have access to.”

Crawford says that so far this year Oregon CBD has seen an 11-fold increase in planned acreage among companies that buy their seeds, which cost $1 each (minimum order 5,000 seeds), produce almost exclusively female plants, and are totally sold out for 2019.

Like I said, it’s going to be a bumper crop.

Seth and Eric started Oregon CBD with basically no resources besides their personal savings and their sweat equity, and have in the last five years independently built a business with the capacity to produce and ship 50 million seeds per year. Which sounds like a fairly vast hempire, until you consider that their end goal is not just breeding new strains and selling billions of seeds, but also taking on Big Pharma and winning.

As someone who “understands the implications of late-stage capitalism, particularly the tendency towards monopolization,” Seth Crawford is worried that the power of the plant could fall into the wrong hands. For example, a British pharmaceutical company that’s spent the last 20 years developing prescription drugs out of THC, CBD, and a host of other beneficial compounds derived from the cannabis plant.

In the name of participatory journalism, I accessed the Tweedle Farms website and headed straight to the online menu. Tweedle co-founder James Green says they typically have about 15 different kinds of CBD-rich flowers available, with prices averaging around $8 a gram and free shipping on orders of $45 or more. You can also get an ounce of “smalls” for $60.

Each strain comes with detailed information on its lineage, cannabinoid content, terpene profile, and aroma. After some browsing I settle on Sour Space Candy, Hawaiian Haze, and Berry Blossom.

When they arrive in the mail, they look like three eighths you might have gotten at a medical cannabis dispensary circa 2010. The strain names are written on the bags with a sharpie, which in an age of over-branded legal weed is actually kind of refreshing. It also partially explains why shipments of CBD-rich hemp flowers occasionally get seized by the authorities.

Sour Space Candy is a descendent of Lawrence Ringo’s original Sour Tsunami (a legendary game-changing high-CBD strain), with a cannabinoid content of 16.52% CBDA and 0.08% THC. It has a pleasant citrus flavor, with myrcene, farnesene, caryophyllene, and bisabolol as the dominant terpenes.

I roll some up and there’s really no way to distinguish it from really good outdoor bud. At least not until I smoke it and don’t get high. That said, taking in all that CBD feels pleasantly sedative.

I kick back, relax and think about vast fields of hemp covering this country from sea to shining sea.