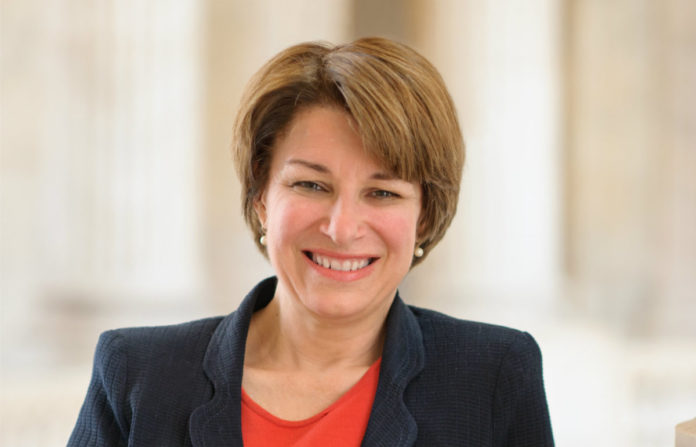 Sen. Amy Klobuchar of Minnesota on Friday became the latest Democratic presidential hopeful to announce their support for legalizing marijuana.

“I support the legalization of marijuana and believe that states should have the right to determine the best approach to marijuana within their borders,” Ms. Klobuchar said in a statement.

One of several Democrats already seeking her party’s nomination to compete at the polls against President Trump in 2020, Ms. Klobuchar declared her support for legalizing marijuana in a statement sent to The Washington Post for an article about each candidate’s stance on the subject.

Marijuana is prohibited under federal law, though most states have passed legislation permitting its use for medicinal or recreational purposes.

Mr. Sanders filed a bill in 2015 aimed at ending federal marijuana prohibition, and he reiterated his support for legalization during his failed White House bid in 2016. [Read More @ Washington Times]