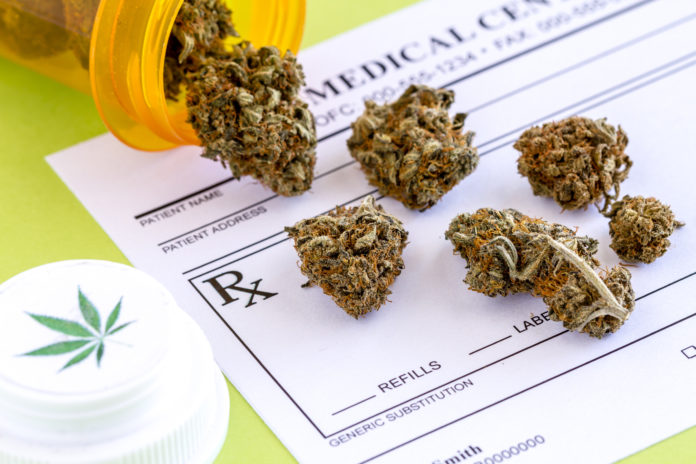 Recent surveying in the US showed more than 38 billion adults suffer from severe chronic pain, and one in every four adults, experiences severe pain at some point in their lives, making chronic pain one of the most common public health issues (Russo 2008). Chronic pain is a debilitating symptom which affects activities of daily living and leads to several co-morbidities which further deteriorate the quality of life of affected individuals. Pain is the most common and intolerable symptom among several diseases such as; cancer, AIDS, sickle cell anemia, multiple sclerosis, autoimmune diseases, injuries to back, neck and spinal cord, arthritis, degenerative soft tissue disorders and burns. More than 12 million of adults affected by chronic pain have tried and found relief with use of medical cannabis in the US.

Currently, opioids are used for the treatment of chronic pain. However, dependence and abuse has led to an emergency declaration on the Opioid crisis by the United States. According to the CDC, overdose-related deaths have quadrupled since 1999, and currently about 2 million Americans abuse or depend on opioids. As reported by the National Institute of Drug Abuse (NIH), 21%-29% of patients who are prescribed opioids end up misusing them. Most importantly, more than 130 people die daily from opioid abuse; this costs over $72 million in medical costs to the US. These medications lead to other harmful secondary conditions such as constipation, nausea, vomiting, shortness of breath, depression, anxiety, dizziness, lightheadedness, changes in mood, and when mixed with alcohol or other controlled substances, may lead to death. Medical cannabis has shown to augment the effects of opioids; a combination of both may allow the decrease in opioid usage while avoiding numerous side effects (Powell, 2015). This case study aims at illustrating the efficacy of medical cannabis as treatment for chronic pain, versus the preferred treatment with opioids, by comparing clinical cases in our practice at PRIME Wellness.

The first patient is a forty-two-year-old female who presented with chronic cervical and lumbar radiculopathy and spondylosis. Patient had a significant medical history of fibromyalgia, arthritis, and Lyme disease. She admitted to multiple other complaints including; bilateral hip pain, recurrent headaches, insomnia, joint stiffness, anxiety, lower extremity weakness, changes in mood and severe muscle spasms. She had recently moved from Texas where she followed up with a pain management specialist who had recommended the use of transcutaneous electrical nerve stimulator unit (TENS unit), ice/hot packs, trigger point injections, lumbar and cervical epidural steroid injections, physical therapy and numerous prescribed medications. On the first visit, March 2017, her current regimen included Percocet 10/325mg every 4-6 hours, Soma 350mg three times daily, Xanax 2mg three times daily, Ambien 10mg every night, and Flexeril 10mg. She reported achieving momentary, mild relief when taken periodically decreasing the pain from the initial pan level of nine out of ten in the pain scale, to as low as 6 out of 10. The patient reported adverse effects of mood changes, abdominal cramps, nausea and vomiting when taking prescribed Baclofen 10mg and Elavil 25mg, which she discontinued. Patient was advised to start sublingual Cannabidiol (CBD) tincture. She returned for re-evaluation on June 2017 and reported a level of pain of six out of ten when took Percocet 10/325mg along with the CBD tincture. She also reported decreased anxiety and stress, allowing her to decrease the frequency of use of Xanax 2mg once daily. The patient was given a plan to wean off opioids starting by decreasing Percocet to 7.5/325mg three times per day, and decreasing Xanax to 1mg daily. She was also given a new recommendation for high THC syringe three times daily in addition to the CBD tincture for improved pain relief. The patient reported further improvements and relief of pain on follow up visit, July 2017. She admitted to significant improvement in mood, decreased insomnia, and decreased joint stiffness. She reported pain levels as low as four out of ten. The patient was once again advised to continue weaning off, decreasing Percocet 5325mg twice daily and Xanax 1mg as needed maximum once daily. The addition of a CBD:THC 1:1 capsule was recommended.

A seventy-year-old female was initially seen on April 2017, with the primary complaint of cervical pain along with chronic migraines, bilateral eye pressure, visual changes,  muscle spasms, generalized joint pain, depression, insomnia and fatigue. Onset of cervical pain was reported in 2008, which progressively worsened. The patient had a significant past medical history of depression, chronic migraines without aura and cervical disc degeneration and facet arhtropathy. Her initial pain level was rated at 8 out of 10 on the pain scale and reported achieving six out of ten relief while taking Hydroxychloroquine, Ultracet 37.5/325mg twice daily, Amitriptyline, Fioricet PRN, and Topiramate 100mg. She did admit to experiencing adverse effects of constipation from opioids, heartburn and nausea when taking this combination, but she continued taking to achieve some relief. Patient also reported participating in physical therapy, hot/ice packs and Botox injections for chronic migraines, but had only achieved short term, mild relief. The patient was given the recommendation to use CBD sublingual tincture on April 2017 on her first visit. She reported lower levels of cervical pain, six out of ten, and noted she found herself taking less Ultracet because of the relief. She was instructed to wean her off Ultracet from twice daily to once at night. During her follow up visit in June 2017, she was recommended to add a CBD:THC 1:1 vape cartridge three times daily as well as topical cream, as needed. During the follow up, she reported decreased pain level of four out of ten, decreased insomnia, improved mood and decreased frequency of migraines. Patient noted she had taken less Fioricet, Amitriptyline and Hydroxychloroquine due to improvement of pain and depression. Patient was advised to continue Amitriptyline once at night for depression and discontinue Fioricet and ultracet.

The third patient is a fifty-eight-year-old female who was seen on July 2017, with primary complaint of neck pain radiating to bilateral upper extremities. She had significant past medical history of glaucoma, post-traumatic stress disorder (PTSD), chronic non-malignant pain, scoliosis arthritis and cervicalgia. Patient also admitted to left sided lumbar pain, recurrent migraine headaches, insomnia, bilateral eye pressure, generalized joint pain, depression and changes in mood. Her pain medication regimen included Ambien 7.5mg, Trazadone 50mg, Naproxen 550mg, Tizanidine 4mg, Percocet 10/325mg, and Fentanyl Patch 100mcg/hr. She experienced multiple adverse effects from the current regimen including abdominal pain, dizziness, constipation and nausea. She has been seen by multiple specialists including a Neurologist who recommended physical therapy, changes in diet, traction, TENS unit, hot/ice packs, acupuncture, Chiropractic care and steroid injections. Patient was given the recommendation to use CBD and THC sublingual tincture in combination during the day and THC alone at night on July 2017 and was instructed to wean off opioids. She was instructed to reduce Fentanyl 100mcg/hr to Fentanyl 75mcg/hr as well as Percocet 10/325mg from one tab every 6 hours, to 2 tabs daily. During her visit on October 2017, while following that regimen, patient reported significant relief to neck and low back pain, insomnia and changes in mood. At that time, due to relief of symptoms through use of medical cannabis and CBD, patient reported taking less than 1 Percocet 10/325mg per day and discontinuing the use of Ambien and Tizanidine, due to symptom relief. Patient was given the recommendation to take sativa in the morning and indica capsules at bedtime, oral sublingual syringe to achieve maximum relief. She was also given further instruction to decrease Fentanyl 75mcg/hr every 48 hours to Fentanyl 50mcg/hr every 72 hours. This patient was able to discontinue two of her medications and decrease opioid use and adverse effects when using medical cannabis. She had initially reported a pain level of ten out of ten, and during her last follow up visit she reported a pain level of four out of ten.

These are only three of the many success stories documented of the success of medical cannabis as an effective pain management treatment. The National Academy of Sciences, Engineering and Medicine, based on over 10,000 research studies on cannabis, declared that there is “conclusive or substantial evidence” that cannabis is effective for treatment of chronic pain, nausea and vomiting for patients undergoing chemotherapy, and spasticity in multiple sclerosis.” Science confirms that our Endocannabinoid System plays a role in pain management and given the safety profile of medical cannabis it is an excellent option for the United States to help solve the opioid epidemic.

Spine and Wellness Centers of America