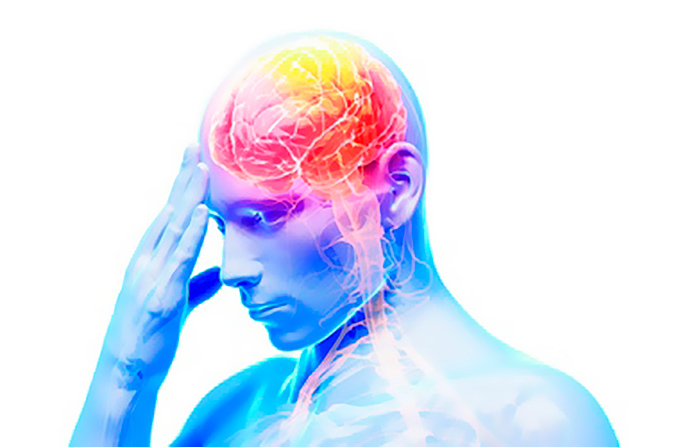 Multiple sclerosis (MS) is defined by the National Multiple Sclerosis Society as an extremely disabling disease affecting the brain and spinal cord in which T-cells from the immune system attack the central nervous system. Specifically, in MS the cells that are attacked include myelin (which form fatty sheaths that protect nerve fibers), oligodendrocytes (cells that produce myelin), and other underlying nerve cells. Damage to myelin sheaths produces severe scars or lesions on the nerves, these in turn interrupt the electrical impulses needed for normal motor function, this is referred to as sclerosis. The damage is caused by activated T-cells which travel to the central nervous system, secrete inflammatory chemicals and recruit other damaging immune cells. About 200 people are diagnosed with MS weekly; it typically affects women more frequently than men, usually between the ages of 20 and 40 years old. People diagnosed with MS experience a variety of symptoms including loss of vision, difficulty walking or inability to walk, loss of motor control, inflammation, difficulty focusing, severe lack of energy, depression and even paralysis. There is currently no cure for MS, however, there are multiple studies and clinical evidence that show inhalation or ingestion of medical cannabis can be highly effective in treating MS due to its analgesic and anti-inflammatory effects by use of the endocannabinoid system.

Research shows that muscle tone is under the tonic control of the endocannabinoid system; CB1 agonists reduce spasticity, while antagonists such as Rimonaband (SR141716A) exacerbate it. The CB1 receptors are densely represented in cortical and basal ganglia areas sub-serving motor control and their corresponding cerebellar counterparts. The endocannabinoid functions are also prominent in interneurons of the spinal cord and neocortex that may relate to pathophysiological mechanisms of spasticity. Medical cannabis has peripheral-paracrine function from glia, histiocytes, and macrophages. It triggers activation of endorphins by use of central CB1 receptors tightly coupled with Mu receptors. Medical cannabis interrupts pain signals at dorsal root ganglion and neurons. THC induces analgesia by inhibiting neurons activated by pain by binding to presynaptic CB1 receptors. CBD binds to TRPV1 and inhibits inactivation of Anandamide to mediate desensitization. Inhibition of CB2 receptors causes anti-inflammatory responses. There is also a psychotropic euphoric effect, short term memory reduction which mitigates stress.

During a clinical study, it was found that cannabis-based medicines are clinically effective treatments for spasticity in MS, with a mean of 48% improvement in spasticity when taking Nabiximols over 16 weeks period. Numerous other clinical trials from the United States, Canada and Spain, some involving placebos and mainstream pharmacological treatments, concluded that smoked or ingested medical cannabis was superior in reducing central neuropathic pain and other MS symptoms. Yet another two-year long clinical study showed that using a combination of THC/CBD resulted in a halt in the progression of the disease by deactivating the immune system’s attack to the central nervous system, without resulting in evidence of tolerance. Other benefits from the use of medical cannabis for MS include appetite stimulation, decrease in gastrointestinal inflammation which causes constipation, decreased spasticity and depression, protects eyesight by reducing inflammation around optic nerves, and relieves nausea and vomiting.  I have had incredible success thus far recommending Cannabis to my MS patients with a subsequent decrease in their pharmaceuticals and improvement in quality of life.