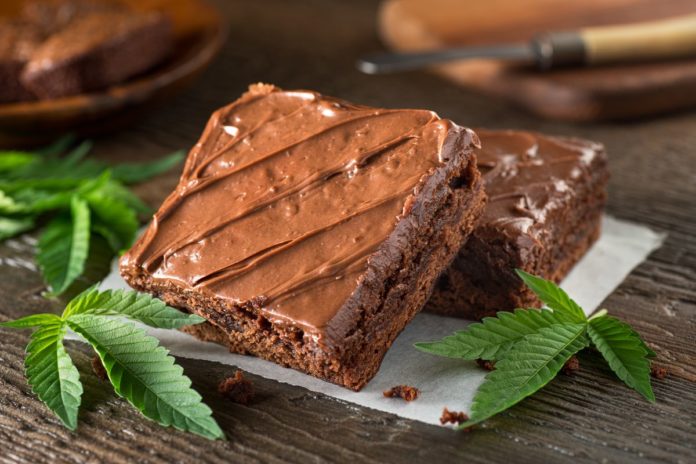 In November of 2016, the voters of the State of Florida overwhelmingly passed Constitutional Amendment 2 (Article X, Section 29 of the Florida Constitution), expanding the class of persons eligible for medical us of marijuana in Florida and directing the Department of Health to issue reasonable regulations for the implementation and enforcement of the Amendment.

In accordance with the Amendment’s language permitting the legislature to enact laws consistent with the Amendment, the Florida Legislature amended Section 381.986, Florida Statutes (“Medical Use of Marijuana”) in June of 2017 to, among other things, impose standards for the production of edible products.  Accordingly, edibles have been allowed under Florida law for over 2½ years, but Medical Marijuana Treatment Centers cannot produce or dispense the products until the Department of Health issues its rules.

Since the passage of Amendment 2, patients have sat by the sidelines, waiting for the Department to issue its rules for the production of edibles, but have seen little progress beyond a “Notice of Development of Rulemaking,” with no proposed text of the actual Rule.  Understandably, this has caused considerable frustration among patients, particularly in cases in which recommending physicians believe edibles to be the most effective method of administration.  Licensed Florida Medical Marijuana Treatment Centers share that frustration – for obvious reasons.

So where are we; what limitations can we expect; and when do we anticipate edibles to be available to Florida marijuana patients?

Here’s what we know for now:

There has been some recent activity on the part of the Department of Agriculture and Consumer Services and the Department of Health, signaling progress despite strong opposition from anti-marijuana interest groups1 .  In early 2019, the Florida Department of Agriculture and Consumer Services finalized its rules on how Medical Marijuana Treatment Centers can obtain a license to make edibles, focusing primarily on safety from food poisoning and allergen contagion. Then on December 11, 2019, the Florida Department of Health issued a Notice of Development of Rulemaking, announcing that it would be developing rules to establish criteria for edibles to be produced in the State.

Although a draft of these rules has not been released, some of the baseline criteria for edibles has already been set forth in Florida statutes.  For example, based on the definition of “Edibles” in the Statute, we know that edibles will only be allowed to be made with marijuana oil, and no other form of marijuana.  In addition, the amount of THC that can be contained in an edible is capped at 10 milligrams per serving and 200 milligrams per package.

Section 381.986 also establishes rules to prevent edibles from being attractive to children.  Specifically, edibles may not be in the shape of a human, cartoon, or animals.  Edibles may also not be in a form that bears any reasonable resemblance to products available for consumption as commercially available candy, and they may not contain any color additives.  Prohibiting edibles in the shape of a human, cartoon or animal seems like a reasonable standard for the prevention of childhood consumption and is not uncommon in other markets; however, the restriction on “any reasonable resemblance to a commercially available candy” might be difficult for manufacturers to meet given the thousands of types of candies currently existing.  Moreover, the proliferation of candy-like edibles in state-legal markets other than Florida may pose problems for MMTCs seeking to distribute national brands.  If interpreted strictly, generic shapes such as gummy rings or jelly beans will be prohibited.  Manufacturers may have an easier time with other types of edibles, since foods such as brownies, crackers and cookies may be made in the same shape as other commercially available products.  It remains to be seen how restrictive the Florida Department of Health will be, as the DOH have been given the authority to further determine what shapes, forms and ingredients will be allowed.

Unlike in some other markets, don’t expect to see fancy packaging and brand names on edibles sold in Florida.  Florida law requires that edibles be sealed in plain, opaque wrapping marked only with the state’s universal warning symbol.  Packaging will not have any depictions of the product or images other than the Medical Marijuana Treatment Center’s logo.

Despite delays and restrictions, Florida companies are already positioning to pair with out-of-sate edibles companies to bring in already known brands that have tried and tested products once the rules are in place to do so.  For example, popular edible maker Wana Brands forged a partnership with AltMed to sell Wana products exclusively in their dispensaries, and Trulieve has reportedly partnered with out-of-state edibles companies, Love’s Oven, Bhang, and Binske.  These partnerships will allow Florida MMTCs to get a head start, but don’t expect a truckload of your favorite infused cookies to head this way.  Given marijuana’s continued status as a Schedule I controlled substance under federal law, products may not be transported across state lines and each Florida MMTC will be responsible for the manufacture of edible products, even if under a license agreement with a recognized brand.

Additionally, only a licensed Medical Marijuana Treatment Center with a food establishment permit will be allowed to produce edibles, that is, once the rules are finally promulgated.  Edibles producers will need to comply with food establishment regulations, just as any other food business would, meeting certain standards for health and safety. Although applications aren’t yet being accepted, the application is available and the steps to apply have been posted on the Florida Department of Agriculture and Consumer Services website.

While the Department of Health might attempt to speed the process along by looking to other states with established edibles programs to formulate its rules, it will also likely hear from opponents attempting to derail or slow the process even further.  History with Florida’s medical marijuana program tells us that the draft rules – if we ever see them – will invariably be subject to multiple legal and procedural challenges.  Nevertheless, the State’s mandate for the Department of Health to promulgate rules for edibles production means that it is only a matter of time – the question is how much longer will patients have to wait?  We wish we could say.

1Opposition groups frequently point to the high potential for overdose of edibles, as well as consumption by children given attractive packaging or candy-like products.  Florida Statutes address these issues with dosing, packaging and labelling requirements in additions to restrictions on the products themselves, including shape and color additives.