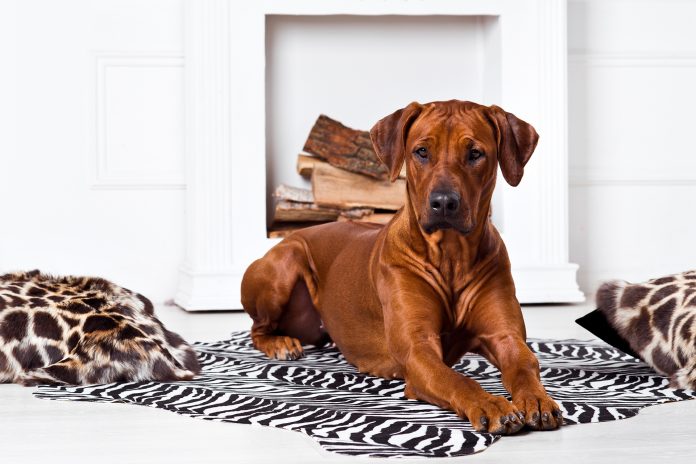 The most unique and defining characteristic of the Rhodesian Ridgeback is its ridge, you can thank the wild Hottentots (Khoikhoi) dog for that. It is basically hair that grows in the opposite direction than the hair on the rest of their body. The ridge should be clearly defined, symmetrical and run down the length of their back, with 2 crowns at the top near the base of the neck. The second characteristic is the Rhodesian Ridgebacks feet, compact with well arched toes, and tough round elastic pads. Those thick padded feet were vital to protecting the dog from miles of wear and tear on some of the roughest terrain in Africa. The final characteristic is the Rhodesian Ridgebacks durability. Adaptive to the harsh environment of the African plains, Ridgebacks can withstand extreme temperatures, in addition to durability, what gives the Rhodesian Ridgebacks  the ability to run great distances, up to 30 miles in one stretch is their superb strong framework. Their back is powerful and firm, with 31 dense vertebrae in the neck and back, each with extensions where powerful muscles are attached, in addition they have long strong forelegs which are straight with heavy bone density designed to sustain the high forces the body is subjected to while in motion.

The Rhodesian Ridgeback is generally odorless, easy to groom, and has minimal shedding. Rhodesian Ridgebacks are extremely intelligent who are determined and independent thinkers. They do best with experienced dog owners who are consistent and practice positive training techniques. This is dog is not for the feint of heart, you want to make sure you get it right with this dog the very first time because you only get 1 shot. The Rhodesian Ridgeback is the hound group’s answer for a protective dog. Not only is it a keen and versatile hunter, but it is a loyal guardian. It is good with children, especially protective of those in its family