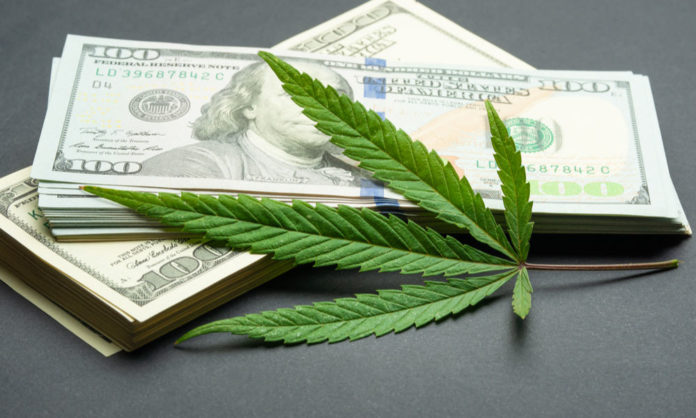 The United States is voting green, and I don’t mean for Ralph Nader. The chaos that followed in the wake of Attorney General Jeff Sessions and President Donald Trump’s combined rhetoric in 2016 has fizzled out. Marijuana is going to continue doing what it’s always done: spread to new land. Recent science is giving consumers new and interesting products derived from processed THC or other, less researched cannabinoids.

Knowledge of CBD’s health benefits has spread and its federally legal status allows for its shipping across the USA.

We will never see a re-occurrence of the dynamic business environments in Colorado, California, and Washington state when recreational marijuana was legalized for the first time on American soil. Where there are millions to be made, big-business, with all of its cold and hard processes, shows up like the shark.

Does the Future of Marijuana Belong to Ray Crock or the Barbershop?

Ray Crock, the mastermind behind McDonald’s, discovered something primal about American shoppers and the McDonald’s business model pioneered one of the major sets of successful operating standards for businesses. George Ritzer, Professor of Sociology at the University of Maryland, calls McDonaldization business’ emphasis on efficiency, calculability, predictability, and control.

In the movie Barbershop 2, big business and gentrification threaten to uproot a community’s local businesses. The neighborhood’s most treasured establishment is its eccentric local barbershop that’s been a community institution since before the Chicago race riots of the 70’s. Big-business takes a fat L when the community won’t sell out for McDonaldized business.

As big business continually pries its way into the marijuana industry—whose growers and sellers were all once considered criminals by the government—will power end up in the hands of somebody who has never smoked a joint?

Competition among five (was seven) recreational dispensaries located within one square mile of each other in Seattle’s SODO industrial district is as dynamic as you’ll find in the nation. The industrial district doesn’t share Seattle’s walkability nor is it beautiful. SODO’s defining feature is the stretch of railroads that run a half mile across and carry cargo from California up and through to Canada.

After the passage of Washington Initiative 502 (i-502) “on marijuana reform,” city planners believing in the transformative power of marijuana began dubbing dreary SODO as Seattle’s Green Light District. Those hopes were never realized. SODO, today, still scares off the Amazonian population, but connoisseurs recognize it as Seattle’s most competitive marijuana marketplace.

Co-Existence in a Competitive Marijuana Marketplace

SODO’s marijuana industry has what academics call a complex and organic local ecosystem of businesses. The district has settled to an equilibrium among its recreational marijuana dispensaries. Shops have differentiated themselves into unique and sustainable roles.

The riches are in the niches and Green Fire Cannabis offers the best quality and largest selection of bongs, pipes, bubblers, rigs, and miscellaneous glassware in SODO. Green Fire Cannabis dazzles with deep greens, blacks, and sparkly glass. The grand spectacle helps sell a product that’s both functional and visually appealing.

Green Fire Cannabis is the best shop for glassware — in SODO. Online-only outlets, like DopeBoo.com have equally extensive collections (often more so) at reduced prices. So, when standard brick and mortar stores face cheaper online competition, why do customers shop local?

For bong buyers, on-site purchasing offers a personalized experience and exposure to products the customer might never consider online. A good salesperson is a subject expert and teacher. Customers always prefer to see an item, too, before they buy it if they have the choice. It’s clear the cannabis industry has enough interest for these entities to co-exist — for now. Taxi cab companies co-existed before Uber. The competitive marijuana landscape in SODO could change any day, be it by a shift in federal policy or the appearance of superior operation. Of course, that’s how business in America works: There’s always a bigger fish.

i-502 Flashback: The Golden Ticket

Seattle’s i-502 recreational dispensary licenses were awarded via random lottery in 2014. Regular people, like Ocean Greens, who immigrated from Albania as a child after winning a green card lottery, found themselves holding golden tickets. Those tickets were promises of a future where marijuana smokers, growers, and sellers could re-enter society as legitimate professionals.

Ruckus Recreational was my neighborhood pot shop in 2016. I’d nervously pop in every couple of weeks for a few grams and maybe a joint. I’m slow to change. As a native east coaster, I had trouble shaking the feeling that I was doing something wrong when I bought marijuana. Even today, I’m still looking for great places to pick out my first implement and I’m glad I’ve found somewhere I know has a great spread of products at good prices. My favorite budtender was a patient older gentleman. He would toss out strain after strain after strain, as I led him on a regular wild goose chase through a labyrinth to chance upon a message from god in the clouds that was my ideal weed strain. That man was Sam Burke, owner of Ruckus Recreational.

A few weeks before leaving Seattle’s Capitol Hill neighborhood in search of cheaper rent, I had a really confusing experience at Ruckus. The younger man working behind the counter on that particular day spoke at me with agitation and intensity — and not about the cannabis I was trying to buy. He reminded me who Ruckus Recreational was and wasn’t: They were for the people, he said; they weren’t McDonald’s. I left Ruckus full of information but empty-handed. The sermon made sense the moment I exited the store to see a crane raising an iron grey sign into the sky. It was ornate with fat, looping letters that seemed to say we’re cool and relaxed but also we’re a strip club.

Winning one of the first batch of i-502 licenses and becoming the first dispensary in Seattle’s uber-trendy Capitol Hill neighborhood was one of the luckiest days of Owner Sam Burke’s life. His smoking heyday was back in the 60’s and he was going to bring that vibe back to life with Ruckus. It wasn’t long into his planning when he got an offer he shouldn’t — couldn’t — refuse. Someone had their eyes on his ticket. The offer was attractive but Sam wasn’t going to pass up the exciting bit of luck that had fallen into his lap.

“When I found out who I was messing with, suddenly I was nervous as hell.”

Nervous as hell is the right — when a bully says they’d like you to share your lunch, what they mean is that they’re taking yours, like it or not.

Sam reacted with muddled anger, confusion, and fear when he got updated news that suddenly the interested party no longer wanted his lottery ticket. Someone else had given up their license and he wasn’t going to be the only pot shop on the block anymore. Sam was mad about the competitor’s tactics and cursed the same luck that brought him that license in the first place.

To make matters worse, says Burke, “the community thought I was some sort of villainous pot lord.” Ruckus Recreational had taken over the space that formerly housed a beloved neighborhood shoe repair shop. The community loudly wondered whether Burke had negotiated fairly. The shoe repair shop had planned to move across the street, but that misunderstanding almost sunk him with the community, at a time when everything seemed to be going wrong.

Movies tell you to never count out the little guy. That was Ruckus, the runt of i-502. Ruckus was among the last shops granted an original license to open for business and it was definitely the smallest at just 250 square feet — same as my apartment I couldn’t afford anymore.

I asked Sam if they ever considered closing up shop during those hard times. Burke admitted “when we took the first hit, it was our commitments that kept us in it. *laughs* But, really, we noticed that the hit wasn’t as bad as we thought it was going to be and that, after a while, there was no hit at all.” Burke has a business background and all the demographic research he did helped keep the hope that Capitol Hill could support two competing businesses on the same block alive.

Experience with your product isn’t enough to run a successful business. Ask Michael Jordan, the greatest basketball player of all time, how owning an NBA franchise has gone.

Today, Ruckus is thriving. They’ve knocked out the wall and expanded into the space next door that formerly held a shipping and office supply store. There’s still a deep divide between themselves and the competitor across the street. Both stand independently as sustainable businesses. While Ruckus doesn’t rake in near the same amount of profit, they’re the store that the community supports. Every shop is a little different, but Seattle’s best cannabis dispensaries are a bit like barbershops, where light conversation and good people help the day flow a little smoother.