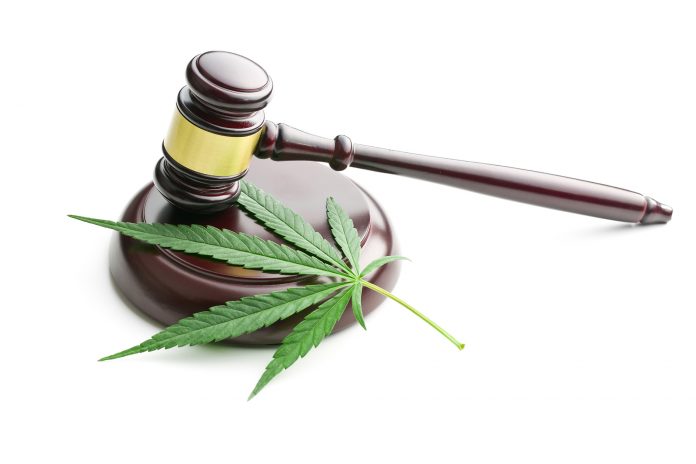 In an almost unprecedented move the Florida Supreme Court asks for more arguments before making a final ruling.

Imagine if consumers could only purchase alcohol directly from distilleries/manufacturers. “Liquor stores” would exist but would be manufacturer-owed and limited to selling their own products. Likewise, what if bars and restaurants could only sell alcohol if they were owned and operated by an alcohol manufacturer, and then could only sell that manufacturer’s alcohol products? This type of business arrangement, where one company owns its entire supply chain (suppliers, distributors and retail locations), is called “vertical integration.” In the alcohol business, vertical integration is referred to as: “tied-house evil.” Many states, including Florida, have long prohibited business arrangements involving tied-house evil. In general, these states require that no manufacturer or distributor can have any financial interest in any vendor licensed to sell alcohol, and require that manufacturers, distributors and vendors must operate independently from one another. Remarkably, when it comes to medical cannabis in Florida, the exact opposite is true under section 381.986, Florida Statutes, the law enacted to “implement” Amendment 2 (2016), the Medical Marijuana Constitutional Amendment (the “Amendment”).

Complete vertical integration is required n Florida’s medical marijuana market under the Statute enacted by the Florida Legislature, this despite language to the contrary in the Amendment itself. This means that each “Medical Marijuana Treatment Center” (or “MMTC”), the legal name for a medical marijuana business in Florida, must cultivate its own medical marijuana in its own facilities, process its medical marijuana in-house, and, finally, must dispense their medical marijuana products (and only those medical marijuana products) at company owned stores or via delivery by company employees. Indeed, in addition to being the butcher and candlestick maker, licensed Florida MMTCs must now be the baker as well, given that the newly released rules for edibles require MMTCs to operate as a commercial food establishment.  In other words, Florida MMTCs may not outsource any aspect of the supply chain to third parties and are not permitted to sell any third-party medical marijuana products. And, at the present, the State has only authorized 22 businesses to operate in the entire state and has not accepted any new applications for MMTC registration since July 2015, before Amendment 2 was enacted in November 2016 with the resounding support of over 71% of the voters.

In the case of Florigrown, LLC v. Florida Department of Health, a prospective MMTC that attempted to register as an MMTC and was denied, challenges the constitutionality of the Statute and the State’s implementation of the Amendment. The case, which has been pending since 2017, has now made its way to the Florida Supreme Court and raises several constitutional issues including:

• The Statute directly conflicts with the Amendment, which specifically defines an MMTC as an entity that may perform one of any number of services related to the cultivation, processing, OR selling of medical marijuana.. The Statute, on the other hand, changes the “or” to an “and,”  thereby completely altering the Amendment’s definition of an MMTC dramatically changing the spirit of the Amendment.

• The Statute ignores the Amendment’s requirement that the State “register” MMTCs and requires instead that prospective MMTCs compete for “licensure.” Even worse, although State has refused to accept consider new MMTC applicants for over five years, it has continued to issue, without regard for their qualifications to serve as MMTCs, licenses to applicants that were denied licensure in 2015 under State’s pre-Amendment 2 limited low-THC medical marijuana program.

• The Statute is an improper “special law” in that it provides for issuance of MMTC licenses to certain private entities yet requires a competitive “licensing” process for other prospective MMTCs and severely restricts the number of MMTCs that can operate. The Statute was written so that the State could  settle certain pending by granting licenses to a limited class of applicants—to the exclusion of others, regardless of qualifications. As a result, at the time of this article’s writing there are only 22 licensed MMTCs in the State, including several that have never commenced operations despite receiving authorization to begin cultivation in 2019.

In October 2018, Florigrown scored its first major victory in the litigation. Judge Charles Dodson of the Leon County Circuit Court issued a temporary injunction: (1) enjoining the State from licensing any additional MMTCs under the unconstitutional provisions of the Statute; (2) requiring the State to commence registering MMTCs in accordance with the Amendment; and (3) requiring the State to register Florigrown as an MMTC. Of significance, the injunction did not have any impact on any of the provisions in the Statute governing qualifications required to qualify and operate as an MMTC. Nor did the injunction touch in any way the operations or rights of the existing license-holders.

Not long after, the State filed an appeal and the temporary injunction was stayed by Florida’s First District Court of Appeal. On appeal, the State argued the injunction was invalid for various reasons, however, after an extensive oral argument, the First District issued a per curiam decision in which all three judges on the panel that heard the case agreed that Florigrown had demonstrated a substantial likelihood of success on the merits because the Statute conflicts with the Amendment by changing the definition of an MMTC and imposing mandatory vertical integration. The judges also agreed that the Legislature’s use of the term “and” instead of “or” in the Statute rendered the statutory cap on the number of MMTCs “unreasonable” and “clearly indefensible.”

The First District’s decision upheld the temporary injunction issued in favor of Florigrown to the extent it required the Department to consider Florigrown’s request for licensure without applying the unconstitutional portions of the Statute and allowed the State a reasonable period of time to exercise its duties under the Amendment. Shortly thereafter, the State filed a motion seeking rehearing en banc and certification of a question to the Florida Supreme Court. The First District denied rehearing but certified the following question as one of great public importance:

WHETHER THE PLAINTIFFS HAVE DEMONSTRATED A SUBSTANTIAL LIKELIHOOD OF SUCCESS ON THE MERITS OF THEIR CLAIMS THAT THE STATUTORY REQUIREMENTS OF VERTICAL INTEGRATION AND CAPS ON THE NUMBER OF MEDICAL MARIJUANA TREATMENT CENTER LICENSES AS SET FORTH IN SECTION 381.986(8), FLORIDA STATUTES, ARE IN DIRECT CONFLICT WITH ARTICLE X, SECTION 29, OF THE FLORIDA CONSTITUTION?

On May 6, 2020, the Florida Supreme Court held oral argument in the Florigrown case during the court’s first ever virtual oral argument session. Surprisingly, soon thereafter, the court issued an order directing the parties to file Supplemental Briefs that address in more detail Florigrown’s argument that the Statute is an unconstitutional special law that improperly grants a privilege to a group of private corporations by allowing them to be licensed as MMTCs without going through the extensive application process that the Statute imposes on all other entities that seek a license. After the parties filed their Supplemental Briefs, the Florida Supreme Court, in an even more surprising and unprecedented move, scheduled a second oral argument in the case, this one to specifically to address just the “special law” issue, to be conducted virtually on October 7, 2020.

Florigrown argues that the Statute is an unconstitutional “special law,” because the Statute: (1) only applies to the limited classes of entities specified in the Statute; and (2) grants a privilege to a group of private corporations. In short, there is no reasonable possibility that any other entities may be licensed as MMTCs without applying and qualifying under different requirements than those imposed on the closed classes of existing licensees. Instead, the Statute permits those certain private corporations to be licensed as MMTCs without going through the extensive application process the Statute imposes on other entities seeking a license. Both licensure without application and competitive advantage are “privileges” barred by Florida’s constitutional prohibition on “special laws.” Making matters worse, the classes of entities for licensure set up in the Statute are arbitrary and do not bear a reasonable relationship to any legitimate purpose, such as ensuring that Florida patients have safe and available access to the medical marijuana they need.

A decision in the Florigrown could have significant implications for Florida’s burgeoning medical marijuana program, which now includes over 400,000 active patients.

Ari H. Gerstin and Jonathan S. Robbins are attorneys with Akerman LLP’s Cannabis Practice and have represented Florigrown, LLC since the inception of the litigation.