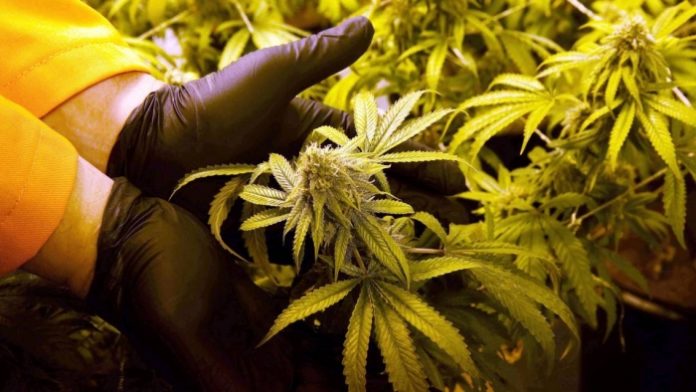 Nearly two years after Florida voters approved the use of medical marijuana, Tallahassee needs to implement the policy more effectively, but state officials should not take the extra step of legalizing the drug completely.

That’s the view of the Florida Influencers, a panel of the state’s leading voices from across the political and policy spectrum. In a new survey, 85 percent said Florida officials should make it easier for qualifying patients to obtain medical marijuana, while 15 percent said they should not. Not so, however, with recreational marijuana. “I agree with medical use based on documented positive results. Recreational use is adding to the many social issues we currently to deal with,” said Michael Finney, the president and CEO of the Miami-Dade Beacon Council. “Poverty, education, infrastructure improvements, workforce housing and reasonable gun control are far more important for the next governor and legislature to address versus recreational marijuana.”

“The voters decided, so let’s make medical marijuana available now,” added Al Cardenas, a senior partner at Squire Patton Boggs and former Florida Republican Party chairman. “But we should proceed with much caution regarding recreational marijuana.”

Ahead of the November elections, the Florida Influencers are sharing their ideas on how to address policy concerns facing the state and responding to questions from readers of the Miami Herald, Bradenton Herald and el Nuevo Herald.

In 2016, Floridians overwhelmingly voted in favor of a constitutional amendment to legalize medical marijuana, but Gov. Rick Scott’s administration has been criticized for not developing the regulations to carry out the new law quickly enough.

The Influencers pressed Florida officials to prioritize fully implementing these policies to respect the will of the voters and the patients with diseases that medical marijuana has the ability to help.

“Medical marijuana provides relief to many who suffer from a variety of health issues and it is important to make it an accessible and regulated option,” said Shelley Katz, the vice president of Lutheran Services Florida Health Systems in Jacksonville.

Other supporters of medical marijuana, which is now legal in 30 states plus Washington, D.C., raised concerns that the drugs could fall into the wrong hands if not properly regulated.

“I believe in medical marijuana and its needs and uses. My concern is the abuse of it by those who game the system,” said Bob McClure, the president of the Tallahassee-based James Madison Institute. “Safeguards must be in place to prevent that.”

Slightly more than half of the Influencers said it was “not important at all” to legalize recreational marijuana. Currently, marijuana is legal for recreational use in nine states and D.C.

Among those who support recreational legalization, some Influencers argued criminalizing marijuana use diverts law enforcement away from more serious crimes and disproportionately affects racial minorities. As with alcohol and cigarettes, they said marijuana should come with an age restriction.

“It is clear that marijuana use is widely accepted in our society today and should not be criminalized,” said Richard Fain, the CEO of Royal Caribbean.

Readers who weighed in using the “Your Voice” online tool posed the following question this week: “Should we — as a state — put an end to arresting our citizens for possession of small amounts of marijuana?”

The Influencers were generally supportive of lighter punishments, particularly for first-time marijuana offenders. Miami Archbishop Thomas Wenski suggested that a fine would be more effective than an arrest. Cardenas said marijuana cases should be handled in civil court up until an individual’s third offense, when the case would move to criminal court.

Jorge Perez, the chairman and CEO of the Related Group, shared a similar line of thought.

“Small quantities should have a fine for first and second offenses, but a third time would require either arrest and jail time or a required program to prevent further use,” Perez said. “After this, there should be arrest and punishment. If not, it is same as legalizing.”

Carol Dover, the president of the Tallahassee-based Florida Restaurant and Lodging Association, raised concerns over what would constitute a “small” amount of a marijuana, and how that definition would be applied across the state.

“Whatever the decision is, it needs to be consistent across all 67 counties,” Dover said.

The issue of marijuana has divided candidates for office in Florida. Scott, now running for U.S. Senate, opposes marijuana for both medical and recreational purposes, while his opponent, Democratic Sen. Bill Nelson, supports medical but not recreational use.

In the governor’s race, Republican Ron DeSantis has said he would continue to implement the medical marijuana policy, but is opposed to legalizing the drug recreationally. And Democrat Andrew Gillum supports full marijuana legalization.

With six weeks to go until the midterms, the Influencers were again asked how well they think candidates running for office are focusing on policy solutions. Here’s how they responded:

This is the ninth of a series of surveys the Miami Herald will conduct with 50 Influencers through the November elections to help focus media and candidate discussion around the policy issues of most importance to Floridians.