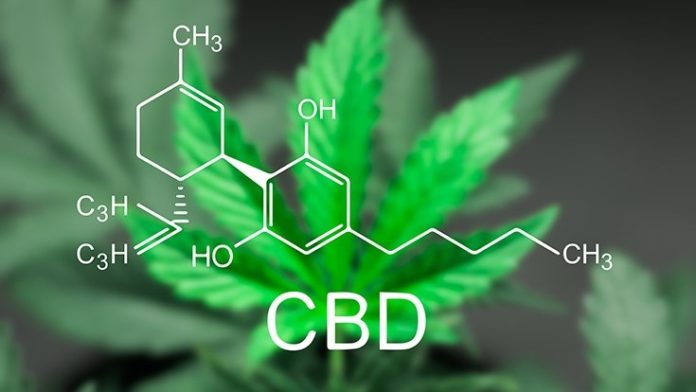 Businesses selling food and beverages infused with CBD have a message for the Food and Drug Administration: Regulate us, please.

Congress’ legalization of hemp products, including most CBD, in December is forcing the FDA to consider writing new rules — and casting a cloud of uncertainty over the emerging industry. The absence of clear regulations has cities and states, even ones that have legalized forms of marijuana, pulling products off shelves and levying fines against establishments that sell CBD-infused food and beverages.

CBD, short for cannabidiol, is a non-psychoactive compound found in the cannabis plant that promises to relax the body without altering the mind. While the federal government legalized CBD that’s derived from hemp, a close cousin of marijuana, the FDA’s rules still prohibit companies and restaurants from adding it to food or drinks.

In anticipation of new federal rules, New York City, Ohio and Maine have asked restaurants to stop selling CBD food and drinks in recent weeks, saying the FDA doesn’t recognize the products as safe. The legal uncertainty is frustrating startups trying to cash in on the surging popularity of CBD and is likely keeping large food and beverage companies on the sidelines, industry executives say.

“The boogeyman used to be the DEA, and now it’s suddenly become the FDA,” said Eric Cahan, owner of Mamacha, a matcha cafe in New York that served drinks infused with CBD until the New York City health department started cracking down. The Drug Enforcement Administration could go after companies selling CBD before it was legalized.

Companies may receive some clarity Wednesday when FDA Commissioner Scott Gottlieb heads to Capitol Hill at 3 p.m. to testify before the House budget-writing committee. Rep. Chellie Pingree, D-Maine, said she plans to press him on the issue.

Although using CBD in food was clearly prohibited under FDA rules, the industry expected the agency to change its stance once President Donald Trump signed the farm bill into law in December, legalizing CBD derived from hemp.

While FDA Commissioner Scott Gottlieb said the agency would establish new rules to legalize CBD products for consumer use, he also condemned some products that tout unproven health benefits and vowed to use existing rules to ban their sale.

“We’ll take enforcement action needed to protect public health against companies illegally selling cannabis and cannabis-derived products that can put consumers at risk and are being marketed in violation of the FDA’s authorities,” Gottlieb said at the time.

Benjamin Witte said he anticipated the regulatory scrutiny following the passage of the farm bill. He launched a seltzer drink called Recess that touts a full-spectrum hemp extract, not CBD. Hemp extract can include multiple cannabinoids, or cannabis compounds. CBD is just one of at least 100 cannabinoids found in the hemp plant.

To Witte, what’s going on right now with CBD is “no different” than in the early days of Uber. He said he welcomes regulation and there’s a “serious lack of nuance in the conversation” right now.

“I want this to be something that’s very controlled,” Witte said, adding that he hopes hemp extract will become a certified permissible food ingredient no different than whey protein or caffeine. “Arguably some of the biggest risks to Recess are bad actors that don’t take this seriously.”

Nic Balzer, founder and CEO of Queen City Hemp, said the lack of clear federal rules is causing “temporary confusion” at the state level. In his home state of Ohio, regulators are removing CBD food and beverage products from shelves. Balzer said his CBD seltzers are being pulled from stores in Ohio.

“I see it as temporary,” he said. “I don’t see how the FDA could withhold updating their stance anymore given the pressure from Congress.”

Ideally, Balzer would like to see the FDA formally designate hemp extract, which includes CBD, as “generally recognized as safe,” or GRAS. That would treat CBD and other hemp-derived compounds like other commonly used ingredients, such as vanilla flavoring or salt, so long as they meet the same safety standards.

Congress is also pressing the FDA for answers. Twelve lawmakers penned a letter to Gottlieb earlier this month asking a litany of questions, including when he plans to hold public meetings on CBD and whether the agency was advising local governments that are pulling the products.