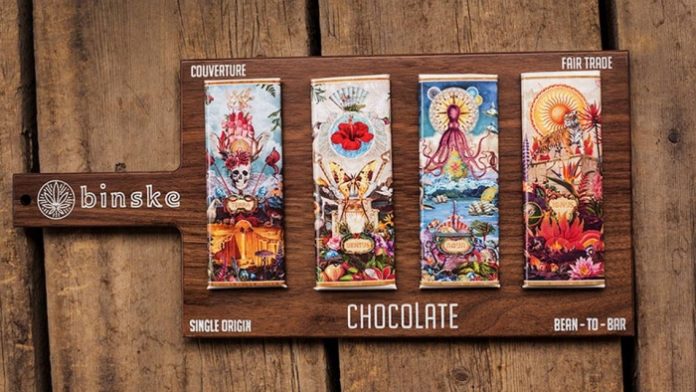 Binske, the Colorado-based company, began operations just two years ago, markets what they call a “commoditized high” through their top-shelf products.

Binske (with a silent “e,” like “smoke”) touts “farm-to-table products” that are made with premium artisan ingredients harvested from around the world.

“The market in Florida is on the cusp of exploding,” said Binske’s founding CEO, Jacob Pasternack. “We are here to help light the fuse.”

Before Binske products can hit the shelves though, the state’s Office of Medical Marijuana Use must approve it. There’s no guarantee the regulatory office will approve the products, nor is there an estimated timeline. Edible products, while permitted by state law, are not yet available in Florida because regulations have not been finalized by the Department of Health.

Trulieve, which operates 14 dispensaries around the state, was the first medical marijuana provider to start up after the 2016 vote. The Tallahassee-based company has continued to grow since, most recently acquiring three other medical marijuana companies, including one in Canada, where it is traded publicly on the Canadian Securities Exchange.

The partnership with Banske isn’t the first time Trulieve has teamed up with high-end companies from out of state.

In September, the provider announced a partnership with Bhang, a California-based cannabis chocolate bar company.

“When we look for partnerships, our focus is on bringing products to patients that provide relief in a safe, reliable manner,” Trulieve CEO Kim Rivers said. “Binske shares Trulieve’s dedication to the patients first, focused on creating products that are high quality, consistent, and effective.”

“As the number of medical marijuana patients in Florida rises, we look forward to help bring diverse products to provide our patients with the medicine they need,” she said.