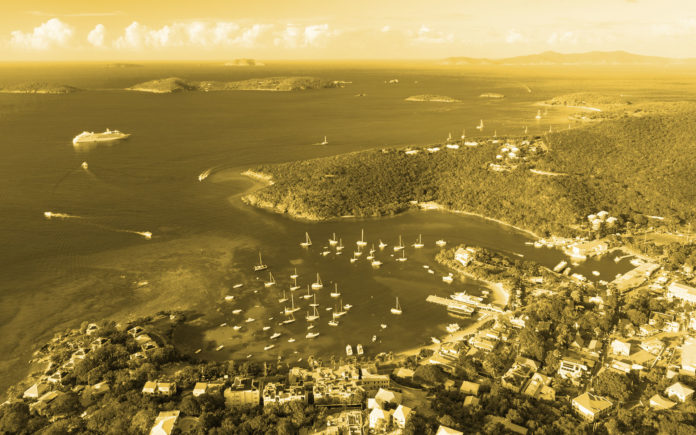 The US Virgin Islands this week became the latest US territory to greenlight medical cannabis, with Gov. Albert Bryan Jr. signing a legalization bill into law on Tuesday.

It’s a change that’s been a long time coming. In 2014, 56.5% of Virgin Islands voters approved a referendum in favor of legalizing and regulating medical cannabis. From there, lawmakers led by Sen. Positive T.A. Nelson crafted and introduced legislation.

For several consecutive years, the Nelson’s legalization bills fell short. But he persisted, continuing to introduce bills every session. In December, his measure finally made it through the Legislature. This week it went to newly elected Gov. Bryan, who on the campaign trail said he supported legalization.

“I believe a properly regulated medicinal cannabis industry can provide relief to those seeking alternatives to conventional medicine and can also be an economic driver attracting new revenues for the Virgin Islands,” he told The St. Thomas Source last year.

The new law, the Virgin Islands Medical Cannabis Patient Care Act, allows patients with a doctor’s recommendation to possess and consume cannabis. It also establishes an Office of Cannabis Regulation, which will handle licensing and regulations around dispensaries, cultivation, lab testing, and product manufacturing.

Patients who are residents of the US Virgin Islands will be able to possess up to four ounces of cannabis flower. Nonresident patients will be able to have up to three ounces. Possession limits on other types of products will be set by forthcoming regulations.

More information about the law is available on the Marijuana Policy Project website. Draft rules for the program are expected to be written within the next four months.

“We applaud Gov. Bryan and the Virgin Islands Legislature for enacting this sensible and compassionate legislation,” Karen O’Keefe, director of state policies for the Marijuana Policy Project, said in a statement on Thursday. “Medical marijuana is widely recognized as an effective treatment for a variety of debilitating conditions and symptoms. This new law offers the prospect of relief for countless patients, and it will do so for generations to come.

According to the MPP, there remain only one US state (Idaho) and one US territory (American Samoa) without any form of medical marijuana law. A number of other states have medical cannabis laws that MPP deems “ineffective” because they are “either unworkable or exceptionally restrictive.”

“Most U.S. states and territories have enacted effective medical cannabis laws, and those that have not are giving them increasingly stronger consideration,” O’Keefe said. “There is no reason why patients in 18 states and American Samoa should continue to be deprived of this medical treatment option that is now accessible to so many of their fellow Americans.”