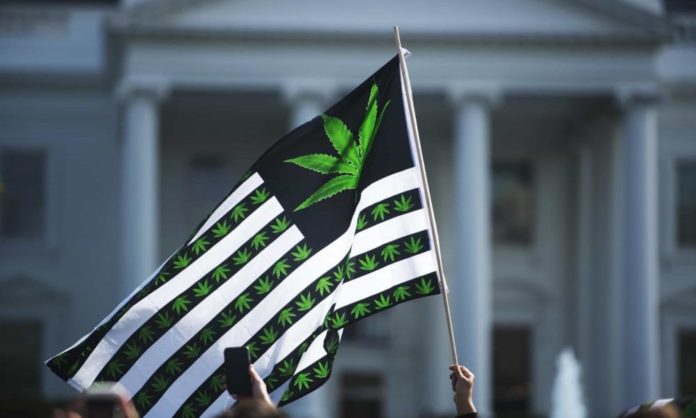 Amid a flurry of rumors regarding his possible run for the White House in 2020, Washington State Governor Jay Inslee announced a limited program to pardon misdemeanor cannabis convictions stemming from 1998 to 2012.

“We shouldn’t be punishing people for something that is no longer illegal behavior in the state of Washington,” said Inslee on Friday morning at the annual Washington State Cannabis Summit, an event held by marijuana business interests.

Since the beginning of December, Inslee has been under scrutiny. The media in Washington reported that he quietly formed a federal political action committee (PAC) and made personal phone calls to key donors in hopes of raising funds to travel to target states. Although he’s lesser-known than candidates such as Bernie Sanders, Elizabeth Warren, and Beto O’Rourke, Inslee reportedly is banking on his stellar record of supporting environmental causes to win votes. Many 2020 candidates have expressed their support for widespread cannabis legalization.

The governor’s office estimates that some 3,500 people will be eligible for the pardons. But they must be looked over individually by Inslee’s staff first. A senior policy advisor to the governor attributed his support of the program to his concern over sweeping racism within the justice system related to drug convictions. A study by the University of Washington’s Alexes Harris and Katherine Beckett found that in 2006, Seattle’s drug arrest rate for Black people was 13 times higher than that of the city’s white population. Biased arrest, conviction, and incarceration rates have been tied to family separation and housing instability among Washington’s communities of color.

To apply for the new pardons, Washington residents can fill out a one-page form available on the governor’s website. Pardons are available only for convictions that were processed by Washington State law — no crimes relating to local ordinances are applicable.

Should a pardon petition be successful, it will be wiped from publicly available criminal history reports, but will still be visible to law enforcement. A prior charge will remain in the files of a court that imposed the misdemeanor until the pardoned individual petitions that court directly.

Last year, the City of Seattle took steps to expunge the records for around 542 people, an action that was spearheaded by City Attorney Pete Holmes. Those expungements affected convictions of cannabis possession between 1996 and 2010, when Holmes’ office stopped pursuing charges of marijuana possession.

The governor’s staff says Inslee is also in favor of broader pardons that would remove misdemeanor cannabis convictions from any petitioning adult. The current program only covers misdemeanors incurred between 1998 and 2012—the year that I-502 went into action. A broader plan would be similar to the one proposed by Joe Fitzgibbon, Washington’s Democratic representative in 2017. Fitzgibbon’s bill did not make it past the hearing stage, however.

Inslee hasn’t always been a champion for cannabis causes. When he first ran for governor in 2012, he was opposed to I-502, the state’s eventually successful legalization initiative. The Seattle Times now labels his support of the industry as “boosterish,” pointing out that Inslee went on Real Time with Bill Maher to tell the TV host, “We’ve got the best weed.”

Why marijuana sales on the black market are blooming in Michigan...