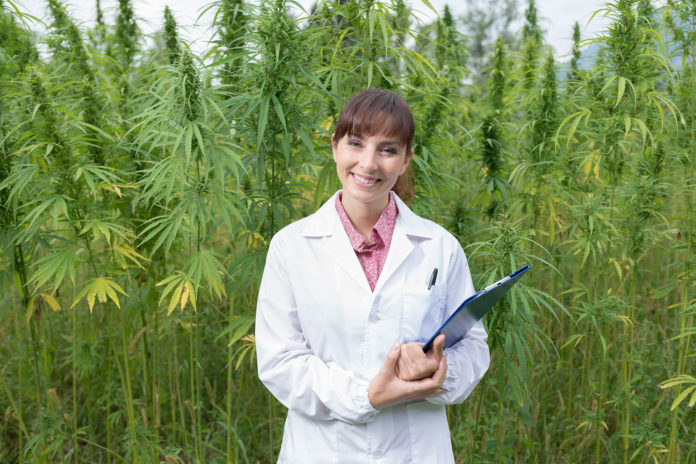 We need more inclusivity of women in the cannabis industry

In February, 2016 I attended my first Women Grow Leadership Summit. We had already started and led the first Women Grow Chapter meeting in South Florida. But the Summit was a magical time of inspiration and ideas that flowed so fast, I could not capture them quickly enough and still listen to the women who one after another gave their testimonies about their journeys in the cannabis space. For the first time in a decade, I felt inspired and more importantly I felt a calling to be a part of something that wanted to lift me up instead of drag me down.  I was also excited about the opportunity to bring what I had experienced in Denver, at the conference, to South Florida.

Women Grow is the largest networking community for professionals in the world. It is not just the largest community for women, or the largest community for cannabis connoisseurs.  With more than 1500 members in 45 cities Women Grow has become a powerful organization enacting change in the cannabis industry. But there is still work to be done! Here in Florida medical marijuana passed with historic numbers in 2016. 71% voted yes on Amendment #2, and perhaps more significantly in every county, a majority of Floridians voted for medicinal cannabis. Clearly people want safe and compassionate access! Yet, it looks like the state is poised to maintain the status quo and allow the current vertical integration growers to control and continue to define the industry. This is in direct conflict with what the voters demanded in November, 2016.

This is bad for women, minoritiesand mostly for children.

According to a Kaiser Family Foundation report women have long been the decision makers for themselves and their families, making approximately 80% of health care choices and 85% choose their children’s physicians, take them to appointments (84%), and ensure they get the recommended care (79%). But Florida’s current model leaves minorities out of the “green rush” for several reasons – lack of education about the uses of medical cannabis; the cultural stigma associated with use; the high application fees and 30-year establishment requirement; and the legal discrimination regarding to felony possession and incarceration rates for minorities. These factors leave a large percentage of minorities unable to participate in a business that they and their families will be a majority consumer.

Harvard Business Review published evaluations of the competency model for leadership development, which showed that women possess more qualities that fit leader personality. It revealed that women scored higher than men in demonstrating empathy and ability to influence as well as in conflict management. Women are even more ahead in terms of self-awareness and self-development. Women need to be positioned to take part and lead the cannabis industry. People want an industry that is safe, ethical, inclusive and that considers the needs of women and families. Progressive companies choose those women for leadership positions and for  their boards Board of Directors, as executives driving products and services that are tailored toward the female demographic that combined is estimated to be have a purchasing power of 5 trillion annually, and over the next decade women will control two-thirds of the consumer wealth in the U.S.

We want more than diversity, we want inclusion!

“While diversity is important, I don’t want to settle! We need to embrace inclusion by having a seat at the table, not behind the table, not aside the table AT THE TABLE! And we have the purchasing power and influence to do it!” says Candice Marschke founder and chair of South Florida Women Grow.

Women Grow has provided me with a once in a lifetime opportunity to be part of a burgeoning industry and shape it from its inception. Legal cannabis could be the first billion-dollar industry not dominated by men. Florida is estimated to become one of the top 5 markets in the world.  Right now all of this is just talk! Right now there are only few seats at the table and the doors are locked to minorities in Florida. The only voice we have now is with the legislature and that looks bleak. It’s unclear what will happen next, but what we do know is that Florida is historically slow at implementing cannabis law. It took them two years to enact Charlotte’s Web legislation and many in our South Florida chapter could not wait two years to have the right to use cannabis medicinally.

To Connect, To Inspire, To Educate, To Empower!

Personal relationships are the key to personal and professional success. Through a variety of events offered to members we continue to forge the bonds necessary to move Florida into an inclusive cannabis industry. Women Grow South Florida (WG SOFLO) produces professional networking events, social excursions, educational symposiums and share access to our national network of experts and professionals in the industry. Our speakers and sponsors are visionary leaders who come to the South Florida market to share their knowledge and inspire new cannaentrapreneurs to push through the barriers and to realize their dreams while changing the landscape for those who will follow. Continuing education is the key to success in the cannabis space. Government regulations and market forces constantly shifting, timely and accurate information are critical to build profitable and socially responsible business models. Our national network draws expertise from all over the globe to our local markets to bring relevant content and experienced professionals on the trending issues of the day.

Together We Have More Power!

The time is now for Florida! As the cannabis industry grows on a local, national and global scale, women have the opportunity to build a new American industry from inception and redefine the workplace to create environments in which we can flourish and define our own destiny, and cultivate the next generation of industry leaders. As 2017 unfolds WG SOFLO will be working with legislators, lobbyists and other groups to ensure regulations that are inclusive and cost effective are enacted in Florida. Together we can move Florida to becoming a model for inclusion and diversity for businesses and patients alike.